What is true philosophy? 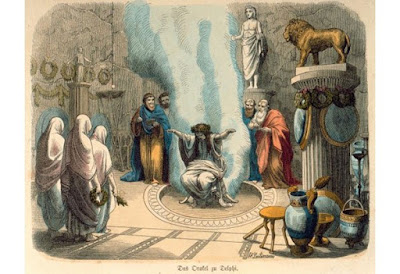 True philosophy is defined by its aim, not its methods.

That is the fundamental philosophical situation. Philosophy is something each must do for himself - others may help, but none can do it for you.

But the fundamental situation is not what is put-into words, not what is described; but it is the actual 'inner' situation that words are trying to express.

If that fundamental situation can be contemplated, then a person has attained to philosophy: that is to self-knowledge - specifically to direct (not theoretical) self-knowledge.

(Summarised by the first self-conscious philosopher, Socrates, quoting from the temple of his God: Know Thyself. Implicit is that this knowledge of of primary assumptions. This is the basis of true philosophy.)

What happens next? Who knows? Because the fundamental situation is the realm of freedom, of agency; of the real self and ultimate reality as known by that self.

But from that confrontation comes wisdom - true philosophy.

Thus, true philosophy is rooted in inner, esoteric insight. The real Socrates was - and knew himself to be - primarily a religious mystic.


(The dialectical, questioning philosophical method associated with Socrates is only one method of attaining the aim - and a very limited one, because dominating, coercive, humiliating; thus likely to evoke push-back rather than assent. The subject of Socrates questioning was apparently sometimes a 'stooge' whose behaviour was dissected and debunked in public; and this method was implicitly aimed-at the attainment of philosophy in the audience, not the subject. But probably the real Socrates worked mostly in private, one-to-one or in a small group of friends - as shown in the early dialogues. For a lucid account of the real Socrates, as contrasted with Plato's use of him as a mouthpiece, see Paul Johnson's Socrates: a man for our times, 2011.)

That is to say, I adhere to the primitive and etymological definition of philosophy, to love truth and wisdom better than lies and delusion.

That said, I do believe that the impulse to really examine our motives and reasoning back to the most profound and unalterable foundation is not going to be supported well by any other basic premise than a love of truth and wisdom. Those who are not already, at whatever remove, working primarily from ideas rooted in the assumed superiority of truth to falsehood or incoherence will not persist in trying to learn their deepest motives because the sincere desire to know yourself as you really are is a consequence of your desire to know what really is rather than avoid knowing.

Conversely, if we really love truth, then we seek to know the truth about ourselves.

@CCL - Fair enough - to be 'a philosopher' means to have reached the fundamental understanding And Then made the choice of truth.

Accepting the truth without having reached the understanding is meaningless/ misleading/ counter-productive (philosophically) - but the choice of truth must be a choice; there is no compulsion (although there are multiple consequnces).