A little old lady in Glasgow: What is the essence of being a Christian? 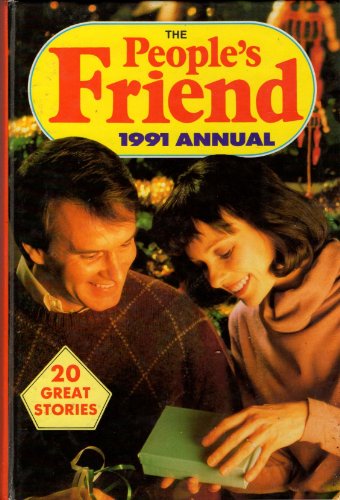 Thirty-something years ago I lived in Glasgow, Scotland; in one of those (rather handsome) four-storey, red sandstone, tenement flats that form most of the housing in that city. These are in pairs, one on the left and the other on the right side of the stairwell - which opens to the street.
I was a single young man, teaching Anatomy at the university; and opposite me lived a little old lady, a spinster - probably in her seventies - and I would sometimes (but nothing like as often as I should have) visit her, have a cup of coffee, and talk.

She struck me as a rather typical of her ilk, being a Presbyterian of the Church of Scotland - whose favourite reading was the cozy, 'couthy' and heart-warming productions of the DC Thomson publishers from Dundee - the Sunday Post newspaper, The People's Friend magazine and annual, and moral or uplifting verse by the poetess Patience Strong (a pen name, as you will have guessed).

These meant a great deal to her, and she would read out passages, and occasionally lend me something she thought was especially good.

In response to my (then atheist) enquiry about why she was a Christian; she once said something about her faith, the gist of which I found very striking at the time and have always remembered.

This was that she was a Christian because of the promise of going to Heaven - without which she could not continue in life.

But she actually put it the other way around - without the hope of going to Heaven after death, she would not find her life worth living.

At the time I found this rather pitiful; and I regarded it as simply wishful thinking from someone (much less intelligent and experienced than myself) whose life was so lonely, restricted and lacking in interest that she needed to fabricate this sentimental fantasy.

I also judged that she was not a 'real Christian' because eternal life was not what it was all-about. Life, I believed, was about making the most of our mortal years; and stoically accepting that there was nothing else.

I thought she was just making-up a consoling but pretend religion to suit herself, rather than understanding the bleak truth of existence.

Nowadays, however, I believe that little old lady was wiser than me, and was just plain right about the true nature of real Christianity.

I am also sure that her sincere desire for eternal life in Heaven was exactly what was required for her to go there after death - and what made sense of her quiet and solitary mortal life.

And I hope to tell her exactly this, some day.

This is a timely post for me. A veritable wake up call. I was slowly falling under the impression that the essence of Christianity had more to do with perpetually grappling with infinity or some such thing.

Last week I went to a debate in University College Dublin (where I work) on whether the decline of Christianity in Ireland was a good thing. Anyone interested can read a fuller account of it on my blog Irish Papist. Anyway, the students were all overwhelmingly anti-Catholic, including the trio who were arguing for the motion pro forma. I was the only person who voted for the proposition. And the criticisms they made of Catholicism, aside from the child sex abuse scandals perhaps, could apply to any traditional Christian denomination.

But the funny thing was that two or three students mentioned that they still hope for an afterlife.

I appreciate the deep historical irony of the venue of 'debate' being UCD, of all places.

I wonder what the two or three meant by it? There are quite a few New Age people (of various kinds) who hope for/ believe in other forms of afterlife than the Christian. For example reincarnation, or 'Nirvana'-type persistence as a blissful spirit absorbed into the universal divine.

I'm not taking a cheap swipe when I say that I doubt these kids had really thought it through all that much. It was just a vague hope for some kind of personal survival after death, as far as I could tell. One of them also said he found it hard to imagine he could stop existing-- I think George Orwell said something similar in the days before his own death.

Human beings do seem to need a future of some kind to aspire towards. If the human race became completely sterile overnight, as in some dystopian fictions, I'm sure we would all be overwhelmed with the sense of absurdity.

"Human beings do seem to need a future of some kind to aspire towards."

I agree - indeed, from what I have read, almost everybody in all human societies has always believed that death was Not the end until the modern period; but there was wide disagreement over what persisted and in what situation.

The mainstream modern belief in annihilation at biological death represents the deletion of a natural and spontaneous human expectation, and seems to contribute towards a distorted and pathological consciousness in modern Men - which, once established, is self-reinforcing and difficult to shift (as I know from personal experience).

This is so beautiful. The most profound truth is so simple despite our efforts to complicate it.

This was very touching. Thanks for sharing.
Sue