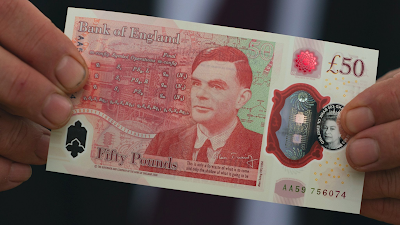 From CP Snow: an oral biography by John Halperin (1983) page 104. My editorial insertions are in square brackets:

Snow: Intelligence isn't done by spies: that's absurd, romantic conception. It's done by studious young gentlemen in spectacles sitting down... On our side [World War II intelligence] was marvellous... Mind you we had our failures.

There was Turing [here misspelled Turning], who also had fatal pathological passions for small boys. We got him into the Royal Society, we did everything we could for him, but he killed himself.

And in fact he was worth to the combined Anglo-American side something like ten divisions [i.e. approximately 160,000 army personnel].

Halperin: Because of the work he was doing?

Snow: Yes. He really understood how to make decoding into a computer science. He was a man of genius.

As well as being a fine novelist; CP Snow was a high-level scientific administrator for the UK during WWII; with a particular role in discovering and directing scientific personnel for projects such as atomic research, radar and code-breaking.

Snow was therefore certainly in a position to know details concerning Turing's life; and Snow's evaluation of Turing's abilities and importance have been confirmed by others (including myself and Ed Dutton, in The Genius Famine).

I have read a fair bit about Turing, and seen a movie and some TV documentaries; but most of what I know derives from recent sources - which are therefore filtered by the imperatives of political correctness.

Perhaps this is why I had not come across any statement concerning the specific nature of this particular "fatal pathological passion" of Turing's? Although, Snow is speaking rather as if it was common knowledge in his circles, at the time: e.g. we did everything we could for him.

Either some kind of error by Snow; or else it is interesting what details get left-out from history, nowadays.

Expect fewer omissions of this kind going forward, with the ongoing push to de-pathologize fatal passions of Turing's kind.

@Wm - Indeed. I came across exactly such a 'de-pathologizing' video about Turing's FPs.