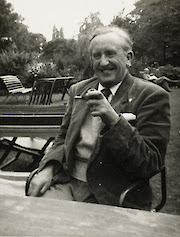 It is significant that leftism has, since the 1960s, been very keen to propagate the lie that you cannot tell anything about a person from how he or she looks.

The opposite is the truth of it - although the inferences are far from perfect; which is how the likes of con-men, gold-diggers and actors in general can succeed in public life.

But even with skilled dissemblers and the misleading appearances; the deception is often superficial - and prolonged acquaintance in a range of situations will often reveal the nasty truth behind the appealing mask: and then it cannot be un-seen.

I have posted before on the faces of Christian leaders, and Francis Berger recently did so for Health Ministers - albeit photographs are much more controlled and selected - hence less easy to interpret - than Real Life.

Nonetheless, a pattern is clear.

But it is clearly valid discernment more difficult now than ever before; and this is due to at least three levels of problem.

One is a sustained campaign that 'appearances are deceptive' - which serves to shield obviously nasty-looking and evil people; to the extent that the more in-your-face nasty that they look, the more likely it is that they will be promoted as paragons of Good.

Another is that the public realm is populated almost-entirely by nasty and evil-motivated people. We are unconsciously seeking-out Good people - and have an assumption that there 'must be' some of them; but there aren't. Therefore, discernment is merely between different kinds of nasty - and all that is being accomplished is sorting between attractive nasty, bland nasty, and unattractive nasty.

And finally - most crucially - the atheism of modern culture and people means that most people have altogether lost the ability to discern evil - because they unconsciously and habitually operate on the basis of a leftist 'morality' which is oppositional, labile, relativistic, and rooted in vague utilitarianism.

To recognize evil, from whatever data, one must first know Good - and to know Good entails belief in a reality created by a good and personal God.

@e - You need to rewrite your comment more carefully - it is currently incomprehensible.

Dr. Charlton:
Another zinger!
I find that the calmer and more centered and conscious I am, the easier it is to discern the character or spiritual state that comes from appearance.

The connection between the physiognomy that someone has that is beyond their control, and their character or state, seems a bit more tenuous, but even there, there's something to it. Perhaps certain body types are more prone to certain dispositions for environtmental/social reasons (they are treated a certain way, e.g., the pretty cheerleader, the masculine, square-jawed football player etc.), and perhps the genetics that determine that body type also guide psychological tendencies.

I think that this innate ability we have scares some people, and they just don't want to admit what they are feeling and sensing.

It is most definitely an interesting exercise to consider facial appearance as a method of identifying goodness, though in today's world doing such would be considered a verboten exercise. Having worked in sales a good many years, I am of the opinion that the majority of the time one can perceive the goodness, or lack thereof, of an individual from their facial appearance, with a high degree of accuracy. I think this is especially true for individuals whose faith and relationship with God is more than just a mantle to wear. Some believers' light, which actually is the love of God within them, shines through their faces. Though this cannot be measured with instruments of precision, is does not make it falsifiable.

I agree with John Venlet, in that one can perceive the love of God (or not) in people’s faces. The spark of God-light shines most brightly in those who have a strong belief and relationship with God. I think socially we are taught not to “judge a book by its cover”, and because of this some are unwilling (unable?) to trust their instincts. Those who are evil or of ill intent know this and take advantage of it. I’ve often noticed that small children are able to discern goodness in others more easily than older children and adults.

A friend pointed out to me this phenomenon of the smile of disarmament in USA Presidential photography. https://gurneyjourney.blogspot.com/2010/06/smiling-presidents.html I am reminded of someone exaggerating their reactions toward someone who has suffered a severe stroke and is in recovery. Yet, someone who has had a stroke can in fact be reasonably cognitive and knows the exaggeration in a humiliating way after they have recovered to a point to speak. Voters on the other hand are certainly chosen for specific traits to not recognize social manipulations.


There was a bit in a talk by a priest whose name escapes me that sounds right to me; he said the diabolic has the most influence over our imagination, a certain influence on our intellect, and the least on our intuitive sense.

We’ve been systematically taught to not know what we know. We’ve all met men and women that we just “don’t like the look of”. The enemy tries to conflate it with beauty and ugliness, which is easy enough to do because it’s partially about that, but it’s the internal attitude that can make a huge difference. You can see it in your own face depending on your mood. Even when we’re kids we see the difference between a kind face and a “mean” or cruel face.

It’s not an infallible sense but it’s one that can save your skin.

Jimmy Savile is the most extreme example of this, I think. How could anyone ever have trusted a face like that?

@WmJas "How could anyone ever have trusted a face like that?"

It took a decades-long and concerted campaign of 'sanctification' by the BBC, the UK governments including Margaret Thatcher, the Queen and Royal Family, and the Pope (enforced by the police); to overcome the natural, spontaneous (and correct) aversion to Savile's face and manner.