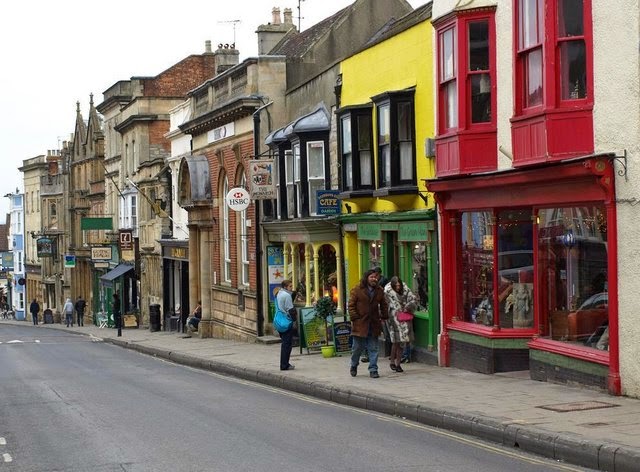 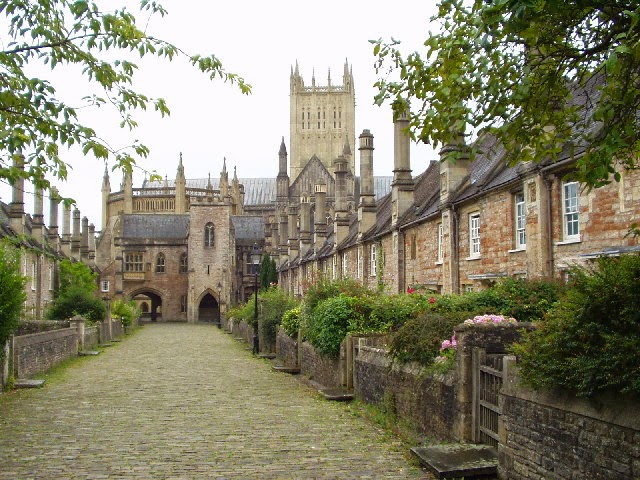 Glastonbury and Wells are adjacent towns in Somerset, England - I visited both recently, and they make an interesting comparison.

Glastonbury is world famous as the centre of legendary Britain: the place where Jesus visited with Joseph of Arimathea ('And did those feet in ancient times walk upon England's mountains green?'), and/or where Joseph of Arimathea visited after Jesus's Ascension to set-up the first Church in Europe; and the Island of Avalon where Kind Arthur went at the end of his earthly life, where Arthur's tomb was discovered.

More prosaically, in Medieval times Glastonbury had at times perhaps the greatest, most scholarly Abbey in England. And A Glastonbury Romance by John Cowper Powys is considered one of the greatest-non-canonical novels in English Literature.

But more recently (since the mid 1970s), Glastonbury has become the undisputed centre of New Age spirituality in Britain - and the venue for the biggest and lamest pseudo-sixties annual pop festival.

It is, to be candid - a seedy place, inhabited by a distinctly mixed population. Quite a lot of shabby weirdos, burnt-out cases and doormats and (presumably living-off them) and quite a lot of hard-eyed exploiters.

The ruined abbey is prohibitively expensive to visit and completely obscured by high walls to ensure nobody can get a free look.

In sum, with the exception of the magnificent Tor (well worth a climb) and a few decent shops (like Gothic Image); modern Glastonbury is peculiarly characterless, yet also an oppressive and sinister place - and a clear and unambiguous demonstration of why New Age can never be a proper or good religion.

Wells, on the other hand - just a few miles down the road - is the smallest city in England (that is: the smallest place with a cathedral) - a tiny gem of medieval and other old architecture. It has a happy and somewhat magical feel about it - probably leaking out from the stones.

Although the Church of England is now spiritually almost moribund and increasingly openly anti-Christian - it still has perhaps a decade or two of inertial 'Barchester'-like beauty and elegance to run; and the Church has, over the centuries, kept the place beautifully - as has the Wells Cathedral School (derived from the choir school) whose boarding kids apparently inhabit all manner of delightful old buildings dotted around the place.

So - if you happen to be in that particular part of the Kingdom - I would advise making Wells your priority. Glastonbury is not all bad - but on the whole it is a lesson rather than an example.
*
Posted by Bruce Charlton at Tuesday, September 02, 2014