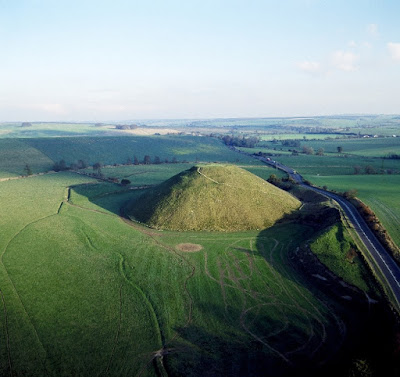 Which is the about 100 feet high and nearly 5000 years old and took about 18 million man hours to construct; and was originally probably a conical, stepped, white-ish coloured, flat-topped chalky mound.

(Note Silbury is not unique - there is a nearby and contemporary 'sister' mound in the grounds of Marlborough College http://www.marlboroughcollege.org/about-us/college-history/the-mound/.)


Up until very recently (and stimulated by listening to an audiobook of Rick Riordan's Kane Chronicles teen fantasy books with my family, whilst on car journeys), I never had much interest in the ancient Egyptian culture or religion; but I have found a superb guide in Jeremy Naydler's Temple of the Cosmos (1996) which convincingly gives a phenomenological reconstruction of what religious life was probably like in that strange and wonderful civilization.

Yes, for all the marvels of that most enduring, cohesive and stunningly-well-documented of known high civilizations - its writing, formal and finished art and statuary, refined technology, magic, architecture and all the rest... my heart is with the contemporary English civilization in all its rough-hewn and blurred and partial remnants.


I envisage Neolithic, megalithic England as a kind of twin but polar equivalent of Egypt - standing in comparison and contrast - the two places and spiritual worlds known to each other and drawing on the same roots - but emerging very differently due to the different soil, climate, and peoples.

While Egypt had extreme and (mostly) predictable seasons, and a stark contrast between the Nile and the Desert regions, and clear air and skies and the sun, moon and stars always dazzlingly visible -- England has its skies dominated and blurred by clouds, mists, rain; multiple tiny streams, rivers, ponds and lakes; hills, forests and bogs; wholly un-predictable weather and little seasonality and its earth being earthy rather and sandy or silty.

My inference is that the English religion would have been less celestial and fiery than Egypt's, and more cloudy and wet! Less of a contrast and circularity about its stories, and more gradually transformative and modulatory... 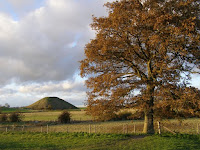 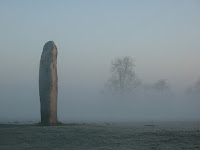 Stukeley records the custom of the country people meeting on the top of Silbury every Palm Sunday, when they make merry with cakes, figs, sugar, and water fetched from the Swallow-head, or spring of the Kennet near the foot of the mound (Abury, p. 44); and Sir R. C. Hoare remarks that the habit of ascending to the summits of hills on Palm Sunday is not confined to Silbury, for it prevails on another conspicuous eminence, in South Wilts, viz. Clea Hill, near Warminster (Ancient Wilts, ii, 80). To which I may ad that the custom still prevails, not only with regard to Silbury, which is to this day thronged every Palm Sunday afternoon by hundreds from Avebury, Kennet, Overton and the adjoining villages, but that the same thing occurs at Martinsall and several other eminences in North Wilts.

The Native North Americans built strange and curious earthen mounds, some of which were burial chambers. Though a native of the American Midwest, I am of British extraction and may identify more with these English "pyramids." Ancient man still has the power to move us.