Beauty as an index of the *quality* of Goodness

Beauty has quantitative and qualitative aspects.

The Beauty of a great Gothic Cathedral such as York Minister 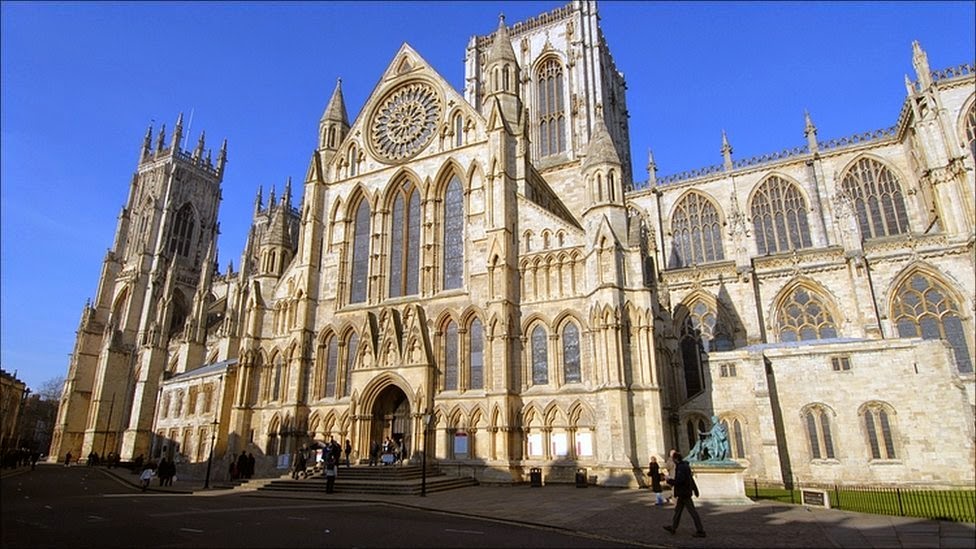 is quite different from the Beauty of Briggflatts, the seventeenth century Quaker Meeting House: 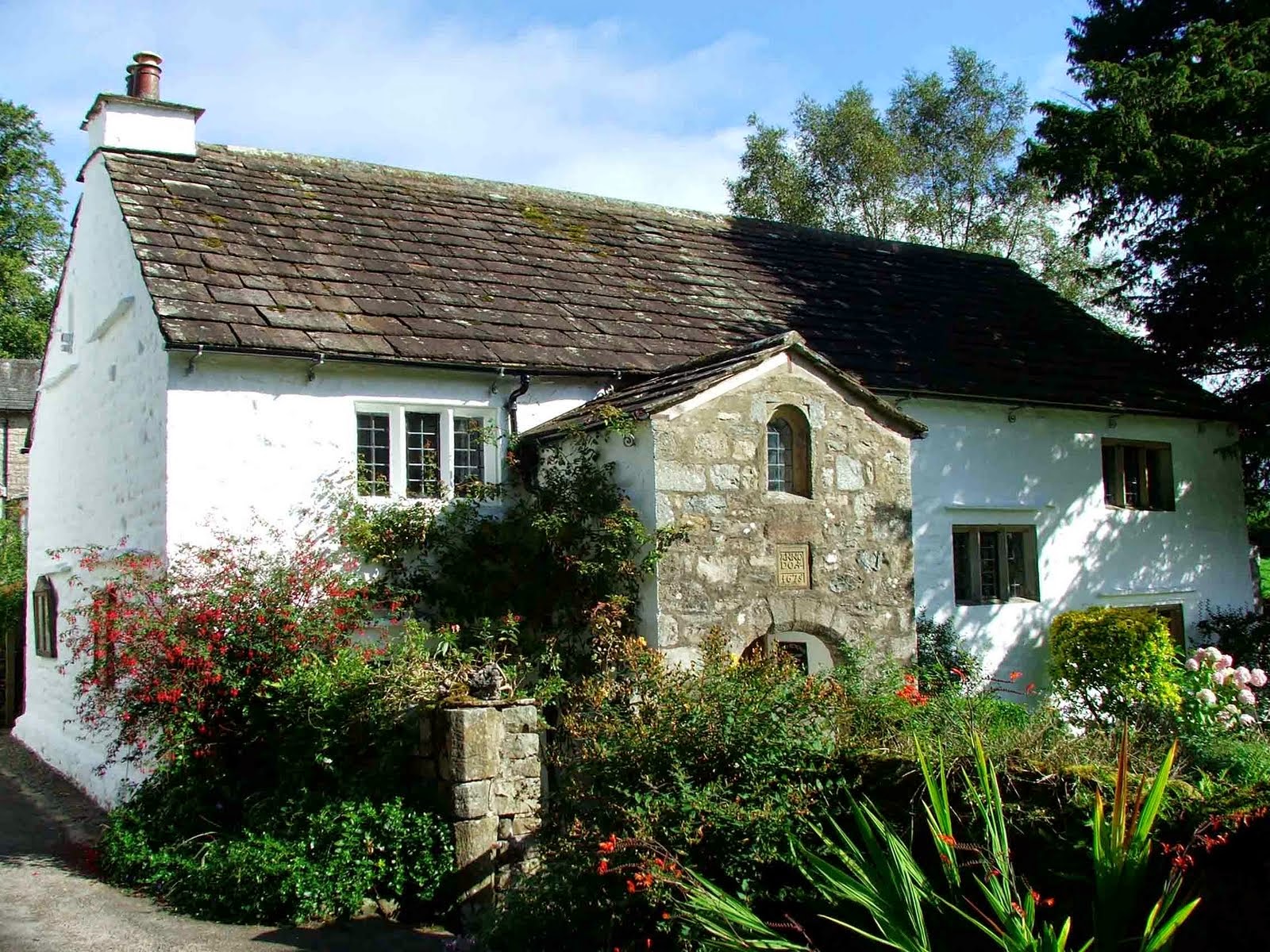 Both are very beautiful; and the Beauty of each indicates - because it derives from and is an expression of - the nature of the devout Christian denomination from which each was sprung.

The richness, complexity, intellectuality, hierarchy, formality of Medieval Western Catholic Christianity (conceived in the 13th Century) - compared with the simplicity and plainness and clear-burning individualistic intensity of early Quaker spirituality.

So the Beauty of the best buildings is a precise-but-incomplete picture of the faith which enabled that Beauty to be achieved.

The best of modern Christian spirituality is - in my opinion - to be found in the Church of Jesus Christ of Latter Day Saints; however I have not personally explored or experienced any of their meeting houses or main Temples (analogous to cathedrals) in the way I have explored the two examples above.

But I would say that it looks from photographs as if the most beautiful of Mormon architecture reflects the quality of the LDS faith as precisely as do the above two examples.

It seems to me that the best Mormon architecture is as exact (albeit incomplete) a picture of the faith as are York Minster or Briggflatts - and therefore the gives us a picture of both the quantity and the qualities of the best Christianity which is attainable in the modern world.

To make a comparison between denominations using Beauty as an index, it would be necessary to 'control for' time and place: modern conceptualizations compared, and in the same locations.

There would be one question of which was the most beautiful, but the other and equally important questions would refer to the nature of Beauty, the distinctive quality of Beauty.

So the comparison would need to be modern US Mormon architecture (or other form of production) with modern US Catholics and Quakers - and would involve an empathic feeling as the basis of comparison.

I think such a comparison would bring out and clarify many of the active and operative qualities in these denominations - their biases and incompletenesses, as well as their strengths and depths.

The same matter of quality applies to the Beauty of women.

Of the four beautiful females described in Lord of the Rings by JRR Tolkien - the richest and deepest Beauty is ascribed to the golden-haired wise and ancient elf women Galadriel who represents Morning - as she was born in Valinor and came to Middle Earth as one of the first High Elves; and also to the dark-haired and younger Arwen (in some sense reincarnating Luthien) who represent the twilight of the High Elves in Middle Earth and the mixing of elves with Angels and Men.

There is also Goldberry - wife of Tom Bombadil, who has Beauty of a different order: more earthy, spontaneous and primal - as befits a (probable) nature spirit (the spirit of the river, of water).

Eowyn has the fresh, ephemeral, immensely-courageous yet near-despairing beauty characteristic of Mankind - she is probably the most intensely beautiful of all these women: with the brief and burning intensity of a flame.

After all, if something is Beautiful, that is enough; and there is something wrong about applying a ruler to actual Beauty, or trying to put real Beauties into rank order.

The intensity of a feeling is partly a function of the strength of the raw signal. Bright sunlight is going to generate a more intense signal (disregarding habituation) than a foggy day. But it is affected by the number of other signals also arriving, and of their raw strength. Eight hours into a busy sunny day, we are not as shocked by the sunlight as we would have been at first waking to it.

Then there is contrast. A bit of bright red in a field of darker red is not as noticed as if the field were green. A glorious cathedral in the midst of a vast city is beautiful in the same way as it would be in any other setting; but the felt beauty of the cathedral will be greater if it is seen in the contrasting context of surrounding green hills, as with Durham.

There is much here. The variety of delights in the various beauties--I suspect it is one reason, and probably an aspect of *the* reason, that God permits.

Architecture is a wonderful and visible expression of the variety of beauty.

There is also lived beauty, where the people of the denomination are part of the art. That is what my 'sweetness of Mormon life' series is about. When we lived at Notre Dame, we saw that Catholics had a version of it, involving incorporating the liturgical year and the saints into home life, along the lines of Bottum's essay on the Swallows of Capistrano.

I was thinking about building a small private chapel into my home a few years back. Just idly, you know, but with some real longing. Catholic nobles used to have them, and the rich bourgeiouse too, and they were pretty elaborate affairs, all carved stone and wall hangings, from what I understand. Nowadays only the poor and usually Mexican Catholics have them, and its usually a kitschy table covered with Sainty gewgaws and candles. Those were the only models I had, though, so that's where I started my thinking. Some kind of middle ground was necessary. I envisioned a small but tall room, probably wood, something nice at least, with a stained glass window but at least a skylight, icons, candles, and a place to kneel while praying the rosary. Perhaps at midnight or in the early hours of the morning, one sees a kneeling figure there, calming the night's restlessness with quiet devotion. It wouldn't have to be large. I elaborated a Mormon version, which I liked then and still bring up out of memory for enjoyment some times.

A Quaker private chapel would be a quiet corner of a plain room, with a rocking chair, say, and a wood endtable, with an open bible on it.

The real Mormon private chapel wouldn't be my Mormonized version of the Catholic one. I had a distinct impression about it. The real Mormon private chapel would be one of those food storage rooms you see in many Mormon basements. They are filled with shelves made of lumber and cement blocks. The shelves are filled with muted orange jars of bottled peaches from the family's tree; deep red jams from the family's berry-picking; red tomato sauce from the garden; pale pickles; and buckets of grain. There is a bare bulb for illumination. It is clean. On Saturday evening it is used for worship: the father and the son, both ordained and preparing to serve in their priesthood office on Sunday morning, are sitting on buckets, polishing their dress shoes, and unburdening their hearts to each other on history and faith and love and beauty and everything that makes life worthwhile.

I should add that some time later, I discovered that Mormon private chapels existed historically and had been fairly widespread. They were altars in the parlor or living room where the family gathered around in a prayer circle (Mormon prayer circles are now only done in the temple).

The icon corner in the home seems to be a near universal feature of Eastern Orthodoxy.

Ho! But I had to echo Adam G.'s comment about what an LDS private chapel would look like.

Regarding temples in particular, one aspect of them w/which I am enamored is the degree to which many of them are in harmony with their environment. I served my mission in Korea, and the Seoul temple's architecture feels very Korean to me somehow. Perfection is impossible in this life, which is a good thing---it makes variety competitive.