I remembered that the same applies to many New Age spiritualities, in their focus upon 'energy'. This is particularly striking in New Age therapies - 'Alternative Medicine' - for example explanations of acupuncture focus on energy channels. Sometimes these arcane energies may be felt, visualized, manipulated - even photographed. 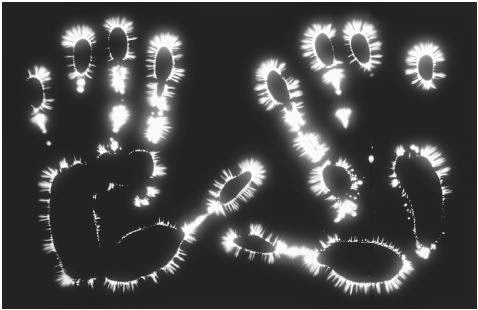 This is not always the case - for example, homoeopathy employs pre-modern styles of reason by analogy or 'similarities' and the causality uses a more 'magical' style of reasoning - and the modern theorizations are more chemical than physicsy.

But there is an awful lot of talk about energies in New Age discourse - energy sometimes being used in a manner than is more like 'motivation' or 'drive'.

But perhaps this is always the way when physicsy metaphors are used in religion - they naturally take on more psychological/ biological attributes - as when New Agers talk about the 'balance' of energies (i.e. a non-physics way of talking about energy).

Or perhaps it is more that religious metaphors tend, if not actively prevented, to revert to the undifferentiated explanations which were natural to humans long before science - so they almost never stick strictly to their chosen metaphor; but in usage it becomes less bounded and more generalized.

Note: It was originally my brother who pointed this out to me.

I wonder if back in the fifties there was more use of the atomic energy metaphor, as the atom was all the rage then in "popular" science (not to be confused with the magazine of that title).