From ancient and modern Catholic folk piety, via Lord Armstrong and a Rabelaisian doctor, through a best selling novelist and a great concert pianist, to an Art Nouveau gem: my regular walk through Jesmond

Most days I have a walk around the leafy suburb of Jesmond where I live - and there is one mile-long loop I must have done thousands of times. There are certain features I particularly like. 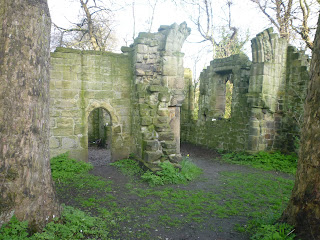 St Mary's chapel was built in the 1100s and was a major national site of pilgrimage during the Middle Ages, probably due to an apparition of Mary and the baby Jesus - giving the place the name Jesus's-Mound - Jesmond.

All that now remains is a crumbling picturesque ruin. However, during the past 20 year, and without any official intervention, the chapel has become again a site of spontaneous 'folk' piety - with people leaving small icons, statues, prayer cards and photos of loved-ones. I am pleased to report that these are left in-situ by other visitors - and some items have been there for many years. 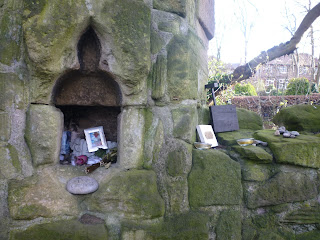 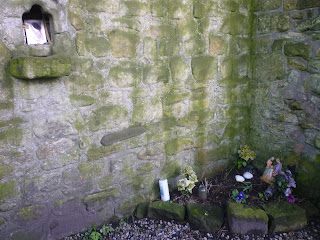 The great Victorian industrialist Lord Armstrong built a residence and banqueting hall nearby, for a royal visit, and that makes another attractive semi-ruin. 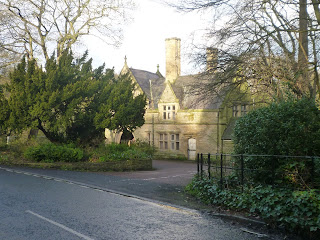 Back in the 1970s and 80s probably the biggest selling, most beloved English popular 'women's' novelist was Catherine Cookson - certainly both my Mother and Granny Charlton were avid readers - and CC spent her last years in this somewhat secluded house around the corner. 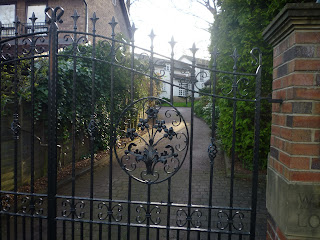 When I arrived at Newcastle Medical School, the building below was the Vice Chancellor's Lodge (the VC being equivalent to a US college President) and had recently been inhabited by Dr Henry Miller who had died the previous year had been Professor of Neurology, Dean of Medicine and then VC at Newcastle University - and was probably the man who had had the greatest psychological impact on the university and city of anyone in its history. He was larger-than-life, a great wit and bon viveur whose doings were often repeated; also a much-loved national figure such that when he died the British Medical Association took the unusual step of issuing a book of memoirs and writings ("Remembering Henry"). 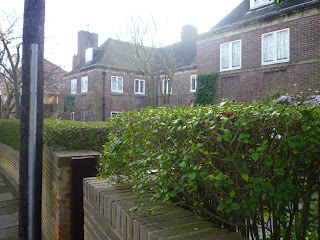 I have recently posted about the Professor of Music and concert pianist Denis Matthews - and I think the house below was where he was living when I visited him as part of a carol singing group - but the houses in this part of the road have been heavily modified (at was a large but semi-detached residence thirty five years ago) - and the specific house may have been another adjascent. 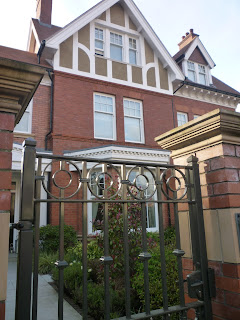 ST George's church is a very unusual architectural gem - being built around 1900 in an Italianate style outside, and with Art Nouveau decorations including Burne Jones style figures and Byzantine mosaics (of course, I don't often look inside the church on my daily walks - and sadly it is nowadays a mainstream - i.e. extremely Liberal - Anglican institution) 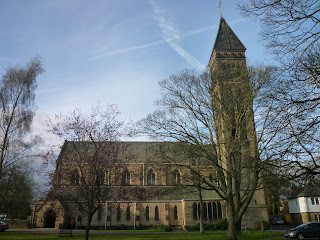 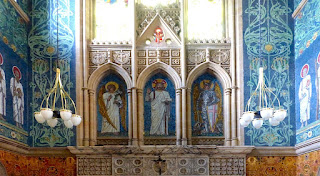 So, those are some of the highlights and associations that typically come to mind in my local perambulations...
Posted by Bruce Charlton at Saturday, April 09, 2016