"What about the election?" 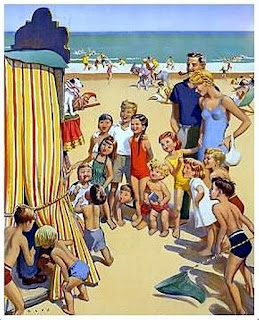 We are all those two naughty boys, bottom left - we now know there's an agendum behind the curtain

Which election? Any election, anywhere - but perhaps one in particular: the US. As usual, this election is being regarded as the most important ever, different from any before, etc. But now, in 2020, we know that on the contrary this is the least important election in the history of the world.

Why so trivial? Simply because we now know for sure (it isn't just a theory any more) that the whole world is being run by a Global Establishment for whom elections are no barrier to doing what They want.

After all, a supposedly radically-different, supposedly political-Outsider, supposedly-nationalist and common-sensical - apparently (by their hysterical reaction) genuinely anti-Leftist US President [Trade Mark: Most Powerful Individual in the World] was (allegedly) 'in power' when that nation, along with every other in the world, succumbed to an international, extreme Leftist coup.

And all nations (so far as I know), 'ruled' by all of the various different flavours of mainstream politics across a spectrum from nationalist, conservative, republican etc. to various types of explicit radical, socialist, progressive; and including first-world, third-world and whatever lies between... All of them conformed (almost simultaneously) to the same set of priorities and policies; and all of them are now en route to the same destination.

So now We Know, if we were previously in doubt, how stupid it was for so many anti-Left people to put hope in elections, to hope that any mainstream option could achieve any significant good.

(And, incidentally, how equally stupid were the angry Leftists, who were so utterly terrified about pseudo-opposition parties and leaders getting power! What fools to be at all worried by such a pathetic bunch of fakes, cowards and quislings!)

If not exactly marching in lock-step, the entire world is currently shambling-chaotically towards precisely the same Agenda 2030/ Great Reset destination; at somewhat varying speeds - true; but none are pushing-back against the mass movement.

The lesson has been given us - whether or not we choose to learn from it. And we should be thankful for such a revelation, such an apocalypse.

Just think how much time and effort you can now save by refusing to allow your consciousness to be colonised by the political Punch and Judy show that is democratic politics! - now you know that both 'antagonists' are controlled by the same puppeteer.

I had wondered whether re electing Trump would give any sort of delay, but as you point out it makes no difference. The establishment can do whatever they like, whenever, and has been doing so all year.

I wonder which other "hallowed notions" will soon be revealed to be a complete sham too?

"The world is nothing like you've been led to believe". And just as well because what we had been led to believe was intolerable and ridiculous on a deep level. The sort of Weltabscaung which would leave those who believed in it with a covert desire for annihilation.

As we are indeed seeing all around us.

Thank God for this apocalypse, it could turn out to be the hour of our greatest liberation.

As Toynbee said - civilisations fall when the internal proletariat stops supporting the dominant elite. Since the Brexit vote I have been surprised over and over by the complete blindness of our elites which is why I agree very strongly with Bruce that we are dealing with nothing less than genuine collective evil. I do not see history as the Marxists do - something you can be on the right side of - but more like an event horizon that swallows all before it. Evidently if you have a lock on worldly power it is much easier to fail to see history coming for you. It has happened before as Toynbee well understood. If we come though this mess reasonably intact it will be by the Grace of God.

Though you have stated the observation many times on this blog, I must commend you for the insight concerning the marketing of each and every election as 'the most important' of our time - the one everyone absolutely has to obsess over and participate in. I have seen that formula repeated in every single country I have ever lived - it's like clockwork.

As for the rest of the post, spot on as well. Many believe countries like Hungary and Poland have somehow extracted themselves from the System and are sticking it to the Establishment's globalist agenda via traditionalism and nationalism.

Well, they really haven't and they really aren't. The birdemic has provided vivid proof of that as far as I'm concerned.

All that Trunk would have had to do is come out and say, on his Twitter account, that it's all a hoax. The virus, to the extent it's a real thing, is not very dangerous.
Which is the truth.
Imagine the power of saying the simple truth, then turning out to be right, before an election.
And thus being able to fully blame the establishment and demoncrats for the economic destruction.
Yet Trunk didn't do that. He even came around to saying that masks are "patriotic."
There is obviously some Sauron-like supernatural power behind the scenes. It may be that Trunk was never real in the sense that he had agency, but he seemed to be real in the sense that he had intention. But now - not so much.
Something about the way the world works is so different than what we were taught, that one can't interpret it any other way than a battle between good and literal, supernatural evil.

I believe Dr. Charlton is mistaken about the non-importance of the American elections because he thinks the US is more like the UK than it is.

British people have, today, homeschooling is, I gather, almost unknown. In the US, something like 2 million children are homeschooled, with the prospect of those numbers increasing this fall because of parental reluctance due to anxieties about Covid exposure on top of earlier causes for declining to send them.

Many, probably most, American homeschooling parents see teaching their children at home as a key element of their Christian discipleship. Americans battled in the courts to secure legal protection for homeschooling, and won. Even in the "bluest" states, homeschooling is legal.

I have little doubt that Democrats will try to restrict and control homeschooling, effectively allowing parents to educate their children at home but suffocating them with mandated "social justice" indoctrination and so on. They don't even make a pretense any more of favoring religious liberty. Republicans have been allies of homeschoolers.

There are certainly other reasons to believe the election matters, but this one alone is conclusive if you think as I do. I only wish British Christians, all 500 of them or however many there are, were more actively interested in homeschooling.

@W. This seems irrelevant to the argument. HS has not prevented the global totalitarian coup, and legal 'protection' is worth nothing when a toal bureaucratic Establishment wants to shut down dissent. After all free speech is protected, freedom of worship and association (and bearing arms) and many other things that have been substantially eliminated. If They want, at any time, to stop HS, they will easily find an excuse, many excuses.

The essential lesson of 2020 is that it does not matter where one lives. We are all in qualitatively the same situation, ie. we all have the same government.

As a foolhardy American I do believe there is something very different about the United States. It's a breeding ground for some of the worst evils of the world while simultaneously having a surprisingly robust Christian resistance to everything the left pushes. So many times we have been pushed to the brink on some issue and had a great resistance rise up to stop it (Amnesty, homeschooling, gun rights, etc). Even during the totalitarian coup where freedoms have evaporated, gun ownership and homeschooling have exploded in popularity. Even the Left is despairing about future gun control efforts.

Having said that, you'd have to be blind to not see that this country is deathly ill and getting worse every minute. At best our destruction is lagging behind others. As long as our citizens are overwhelmingly materialistic, there is no effective way to counter the left. The birdemic shutdown/social distiancing/cover-your-face can't be stopped on materialistic grounds because it is in fact true that our breath invades other people and that it may contain a virus or other dangerous thing (if we choose to see the world that way). Only a spiritual defense could work but even the Christians in our country are overwhelmingly materialistic and more interested in good world than salvation.

Elections are a false god that American Christians have become obsessed with. Watch Joe Biden talk sensibly on issues 30 years ago vs today and you can see that politics is downstream from culture.

@Sean - As of now, the US is not qualitatively different from anywhere else; what the birdemic failed to achieved has been steamrollered by the explosion of antiracism which has engulfed all large institutions, and the post-lockdown (paralysed by SD) remnant of 'Christian' churches (including those denominations that had resisted until recently - such as conservative portestants and CJCLDS) . Americans clearly have not acknowledged that they are already in a totalitarian situation; and until they do they cannot respond constructively.

@Bruce At risk of inviting your wrath I feel compelled to say that it is qualitatively different for homeschooling families, though that might be more prevalent in other countries than I realize. But this year has proven without a doubt that the US has fallen and whatever freedoms we still enjoy are on borrowed time. Maybe my desire to hold on to a shred of our tattered society is a bad one, but for my children's sake I look for any pockets of good that inexplicably remain.

@Sean - I just think that if we are going to talk about social level phenomena, we must be able to keep this separate from our personal circumstances.

At a personal level, within-society variation is the whole business; but it is possible instead to look at societal-level changes - disregarding these distinctions.

One does not have to have this kind of discussion, most people don't (and extremely few women are interested in doing so) - but if one does, then I feel it is necessary to set aside personal aspects.

This is why it is (or should be) a 'category error' (an erroneous mixing of disciplines) to impute emotional motivations and feelings in such discussion - which is assuming that societal pessimism equates with individual moods states, or result from them.

@Bruce You're right, I was muddying the waters. My emotions overtake me. I appreciate the correction.