The end of Reaction Times? 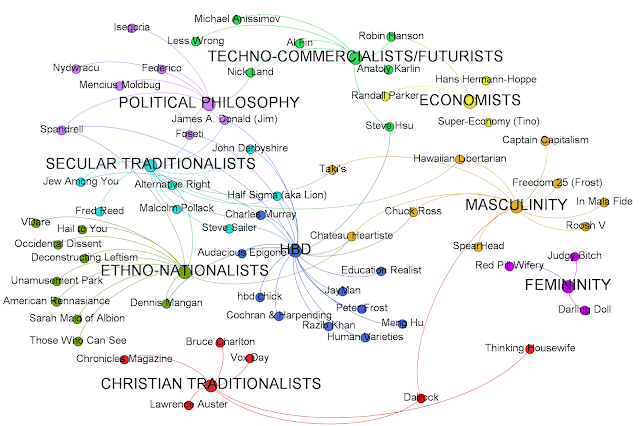 I feel that I ought to note the passing of the blog aggregator site neorxn.com, which was the all-time top referrer to this blog - accounting for 130,000 page views over the years.

The site was called Reaction Times, and had the insightful subtitle "The restoration will not be televised".

It was one of a group of a briefly-trendy neoreaction/ alt-right/ 'dark enlightenment'/ manosphere-type blogs from about a decade ago (I don't remember exactly when it began).

It did not include many Christian bloggers, but I was one of the handful. It is possible that some of the current regular readers originally found this blog via the neorxn link.

Anyway - since February 15 the site has been inactive and down - with the message "Service Unavailable - Server currently undergoing maintenance".  I sent an email to the administrator, who used to run a blog called Free Northerner - but got no reply. So I guess it is all dead.

Did it fall or was it pushed? I don't know. Certainly, few of the original blogs that it originally aggregated, remain active - and that whole 'secular right' movement (often associated with Mencius Moldbug) has all-but fizzled-out; either from despair, convergence or (at best!) religious conversion (as was inevitable, and necessary).

Anyway, I thought that someone should note the passing of a once-vigorous web presence. For all its faults as a not-specifically-Christian aggregator; nothing better than neorxn has replaced it - so this probably counts as another loss.

They always prattle about conservatism failing to conserve anything, and yet here they are failing to preserve themselves!

I reckon that neoreaction was just liberalism with a macho posture. Some manosphere figures, like Roosh, abandoned error totally in favor of Christianity. The more antiChristian sorts like Richard Spencer gave up any sort of pretense and aligned themselves with the dominant center left paradigm.

The idea that many who were involved with that scene became Christian isn't far-fetched at all, I read deeply into those sorts of sites for quite some time. Then after becoming (for lack of a better way to put it) interested in spiritual concerns around 2016 I frequented them much less. After becoming a Christian a year or two ago I have found secular right stuff as intolerable to read as left wing propaganda (albeit in a different way).

Both of those dates seem to be coinciding with reductions in energy in that movement. I suspect (I hope) that many, or at least a good handful of good people, followed a similar trajectory.

I was thinking of mentioning this myself, but I assumed that my inability to access the site had something to do with my being in Hungary.

I encountered the maintenance message every now and then in the past, but whenever I did, the site usually returned within a few days' time. It's been about ten days now; so, yes - there's a good chance neorxn might be down for good. The only question that remains is why . . .

I noticed this too (as it was the main way I following your new posts). It was a useful feed. I'll work on something for myself and once it is good enough I'll put it public.. something follows a similar set of blogs as before, perhaps throwing some additional ones in (immediately coming to mind, nolongerreading + Francis Berger!)

I've collected the feed urls, now just a matter of some code...

Yes I'm one of those who blew in via F Northener I believe. I miss Nick B Steves and that crowd. Going back a few years now. I hope most of them made it across the chasm to the sunny uplands. I was never really interested in being edgy but the early days of what was known as the Dark Enlightenment were a heady brew for those of us primed on Dalrymple and Auster.

I agree with Ingemar about the state of the alt right in general. In my opinion, many of the neoreaction/alt right types tend to be white liberals who don't want to be at the bottom of the totem pole in a "woke" society. They support the sexual revolution, abortion, euthanasia, etc. and despise Christianity blaming it for the ills of modern society. They simply don't want a brown/black underclass. Any movement outside of Christ will be an enemy of good.

The white man has rejected Christ. Instead of using his talents to be a light unto the rest of the world, he embraced leftism. White people must repent of their rejection of Christ in order to heal the guilt that so many feel over events that happened centuries before their birth. It was amazing to see predominately white crowds at the riots that took place in the U.S. last summer. White man desperately hates himself as he has cut himself from his Source of life.

I would say that the birdemic has finished off whatever credibility the Dark Enlightenment had with me. Of the names that I recognize on that diagram, the majority reacted to the COVID outbreak with shameful hysteria and totalitarian zeal; in particular the "HBD" cluster and a few others, who seem to have turned their backs entirely on the West and Christianity as they hail China's high-tech prison-state.

Interestingly, though, a couple of the bloggers in the "Masculinity" cluster, who are (or have become) Christian, reject the birdemic narrative entirely and seem keenly aware of the demonic forces behind it, and the same goes for Vox Day, who has shifted from initial complacency about lockdowns to routinely blogging about the obviously fake and evil nature of these interventions.

Things have come to a point indeed.

I never used that aggregator, but looking at the chart was interesting and a bit nostalgic. Who’da thunk Auster, Roissy, and Yudkowsky were part of the same community? But I guess they were. I mean, I was reading all three, and I guess a lot of other people were, too.

It’s interesting how some of those bloggers have changed, or not changed. Steve Sailer, for example, is still doing the same shtick but has somehow become boring. I mean even before the birdemic debacle. Did the zeitgeist just leave him behind?

I once explained to Theodore Dalrymple (Dr No) that he was the entryway drug of the dissident/ alt-right. He feigned ignorance/ indifference....but we were sheltering from antifa in a deconsecrated church at the time.

@DS - Well maybe; but who cares whether people go from civ nat to alt right? Both are wrong.

This 'entry drug' metaphor is fundamentally wrong when it comes to Christianity, because an addictive drug overwhelms a passive individual, who passively seeks to be overwhelmed. It aims at this-worldly-pleasure.

Christianity is an opt-in religion that requires continual effort and commitment. It aims at resurrected eternal life.

It appears neorxn.com is back up and running.

@SM - Now that we have synlogos, thanks to you; neorxn has been superseded!

This is the aggregator I mentioned in the past which I just recently purchased a domain for.

It was for personal use and designed to be viewed on mobile. Intended as a quick reference to see all the most recent posts and if there's been new comments made.

It only lists this blog and the others linked from here, as that happens to be the blogs I enjoy reading most.

Maybe this design will be useful to some.

@Islanti - Yes, your design has its advantages - so I have added a link to the side bar.