*
Humans started-out as 'simple' hunter gatherers - with no storage of food and extremely little technology; and there are two distinguishable paths by which hunter gatherers apparently began to evolve cultural complexity - and increase their power. 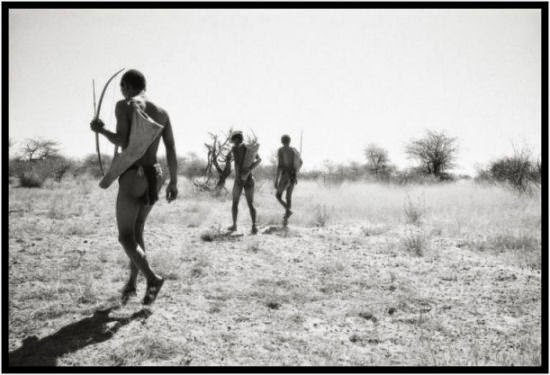 If it is assumed that the lives of peoples like the the Kalahari Bushmen and similar adjacent groups like the Hazda represent something like the baseline state for human hunter gatherers - it can be seen that Australian Aborigines have a larger scale society, able to get larger numbers to cooperate. 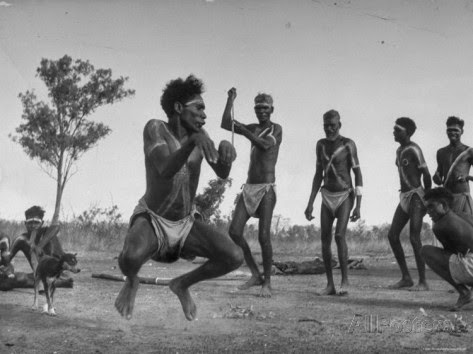 Technologically they have even less than the Bushmen (e.g. lacked bows and arrows), but in a war the Aborigines would be able to field a considerably larger number of men.

The factor seem to be religion.As contrasted with the simple, rather undefined and very variable and fluid animism of the Bushmen; Aborigines have a complex totemic religion, and great effort is expended in preserving this unchanged between generations. It is likely that is is the sharing of a common religion (which is also linked with landscape knowledge, hence survival in arid desert conditions) is the key factor in enabling cooperation. But this seems to have happened without any significant increase in general intelligence.

The Eskimos, by contrast, remain a small scale society with small scale cooperation and ill-suited to warfare; but use several examples of advanced technology such as canoes and hunting weapons.

This technology is necessary for their survival in Arctic conditions; and technology seems to have been made possible by the evolution of higher intelligence. Eskimos may have the highest average intelligence of hunter gatherers, and a significantly higher level than either Bushmen or Aborigines.

Alone, neither larger scale cooperation nor advances in technology were enough make a complex society - together they form something like the basis of a complex, large scale, internally-specialized society such as the Pacific Northwest Amerindians (totem religion and technology). 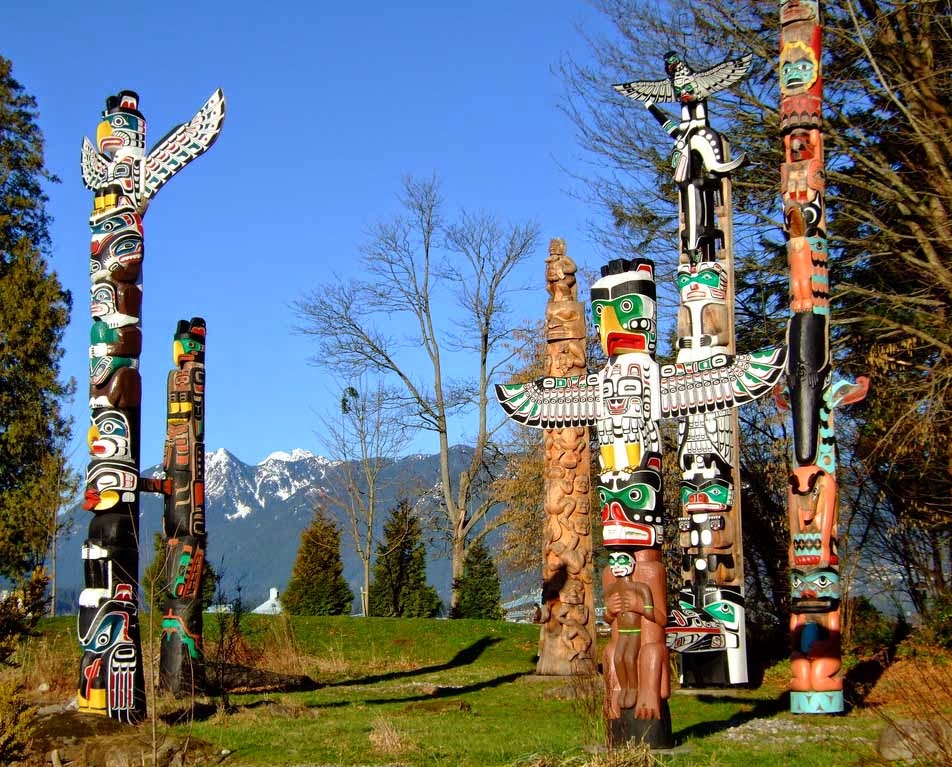 The last clause of your last sentence--

"[C]ooperation (via religion) is necessary to preserve large scale cooperation.

--reads like a tautology. Did you mean, "Religion is necessary to preserve large scale cooperation?"

If I recall correctly Barry Lopez in Arctic Dreams commented on how intelligent Eskimos are. In Alaska the native peoples held their own pretty well against the Europeans, mainly Russians. The Arctic is a perilous region where one must always be on guard.

Africans shared their continent with a lot of large and dangerous animals. A bow would come in handy.

In contrast, Australia doesn't have a lot in the way of dangerous large animals.

The Maori, further to the east in New Zealand, like the Alaskans, gave the Europeans a run for their money, so to speak.

Jared Diamond might make some arguments that geography shapes cultural destiny from such observations.

@Leo - The Bushmen's bow is used to hunt with poisoned arrows (which take a day or two to work) - it would be no use against a big predator or another human (it would kill them, but too late).

I just read a fascinating book on a Japanese defense intellectual avant le lettre who wrote a book in 1825 warning his country about the Western barbarians. He correctly saw that the threat of European power resulted not from industrialization (which after all had not yet happened) but from their Christianity, which united ruler and ruled, the officer class and the "stupid commoners" - a term which he and everyone else who mattered in Japan called the Japanese masses. Although he believed that Confucianism was intellectually superior - immeasurably so - Aizawa warned that Christianity allowed the West to colonize the world, and instill not fear but love and loyalty among the colonized, and enabled Holland, Russia and England to conquer without battle - the highest form of generalship, according to Sun Tzu. Japan, he warned, would be doomed unless it could counter this force, which, Aizawa said, had, with Islam, "polluted every corner of the world" except China, Korea, and Annam.
The idea of Christianity as a substitute for intelligence is an interesting one. The problem is that when we remove the Christian prop - the structure looks likely to fall....

HoJ - That's a fascinating outsiders perspective from the era when 'Britain ruled the Waves' - thanks!