*
[Note - this is an addition to my embryonic autobiography/ memoirs. http://luckyphilosopher.blogspot.co.uk/]

I came across the idea of runes before the actuality - because there was a gap between me getting keen on the idea of The Hobbit from hearing runes named in the songs of Marc Bolan and Steve Peregrie Took's folk group Tyrannosaurus Rex before I actually read the Hobbit.

I had the notion that runes were probably ornate letters - something in Gothic script; and I and my friends started writing in this (invented) style on the covers of school exercise books using a facetious, formal and ornate type of phraseology - as I supposed it to be: this instead of Geography there was 'Geographical Studies', and so on. If a teacher noticed and adversely commented, or told us to change what was written, that only encouraged us.

Then there was my haversack. Having initially used a briefcase to carry school books, I soon realized my folly; and when it fell apart I got an army surplus haversack - which was more practical as well as 'fashionable' in that particular time and place. 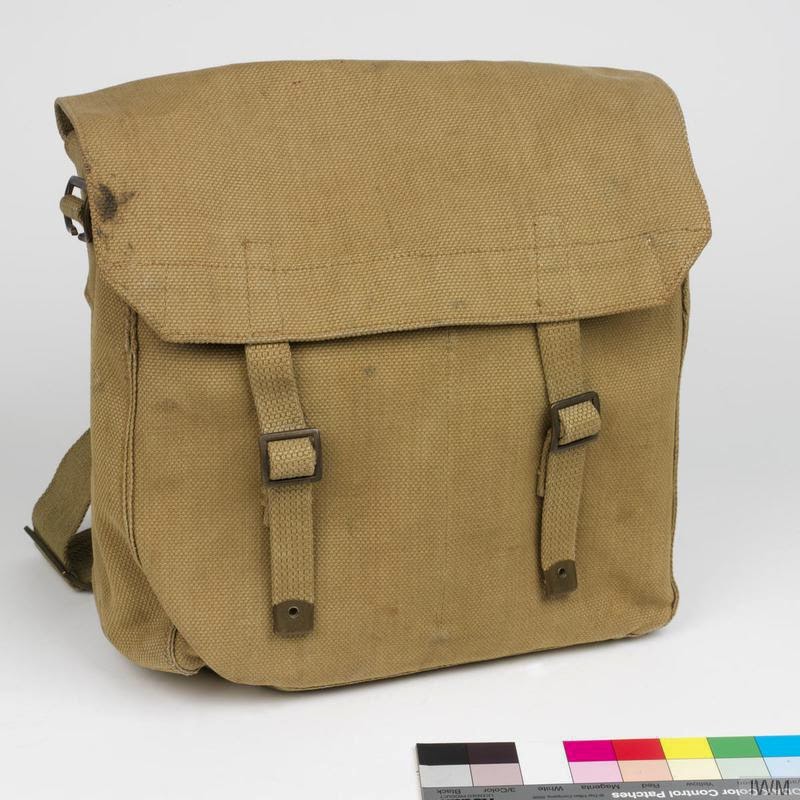 I then proceeded to decorate the haversack with biro writings, using this supposed-runic alphabet for my name and various slogans or mottos, now forgotten.

Inevitably, I read the Hobbit, and copied out the runic alphabet used there (essentially Anglo Saxon runes) - and discovered that runes were in fact simple, straight marks - designed for easy scratching or carving on stone or wood. So I added more inscriptions to the haversack, using these real runes.

When I read Lord of the Rings, I found in the Appendices Tolkien's own runic alphabet - and transferred my allegiance to it. There was not much space left on the haversack, but I added one or two names of special significance; and I used it to mark a knobbed walking stick I made for myself from an elm tree we felled in our garden (killed by the terrible Dutch Elm Disease) - I still have this stick; and later an ashplant staff cut from a hedge on Backwell Hill.

Much later I had a big resurgence of interest in runes, and bought a set of them scored onto small glass pieces about the size of dominos, and various semi-scholarly/ semi-'channeled' New Age and faerie books, including a lavish illustrated volume by illustrator Brian Froud - this is the rune for B - 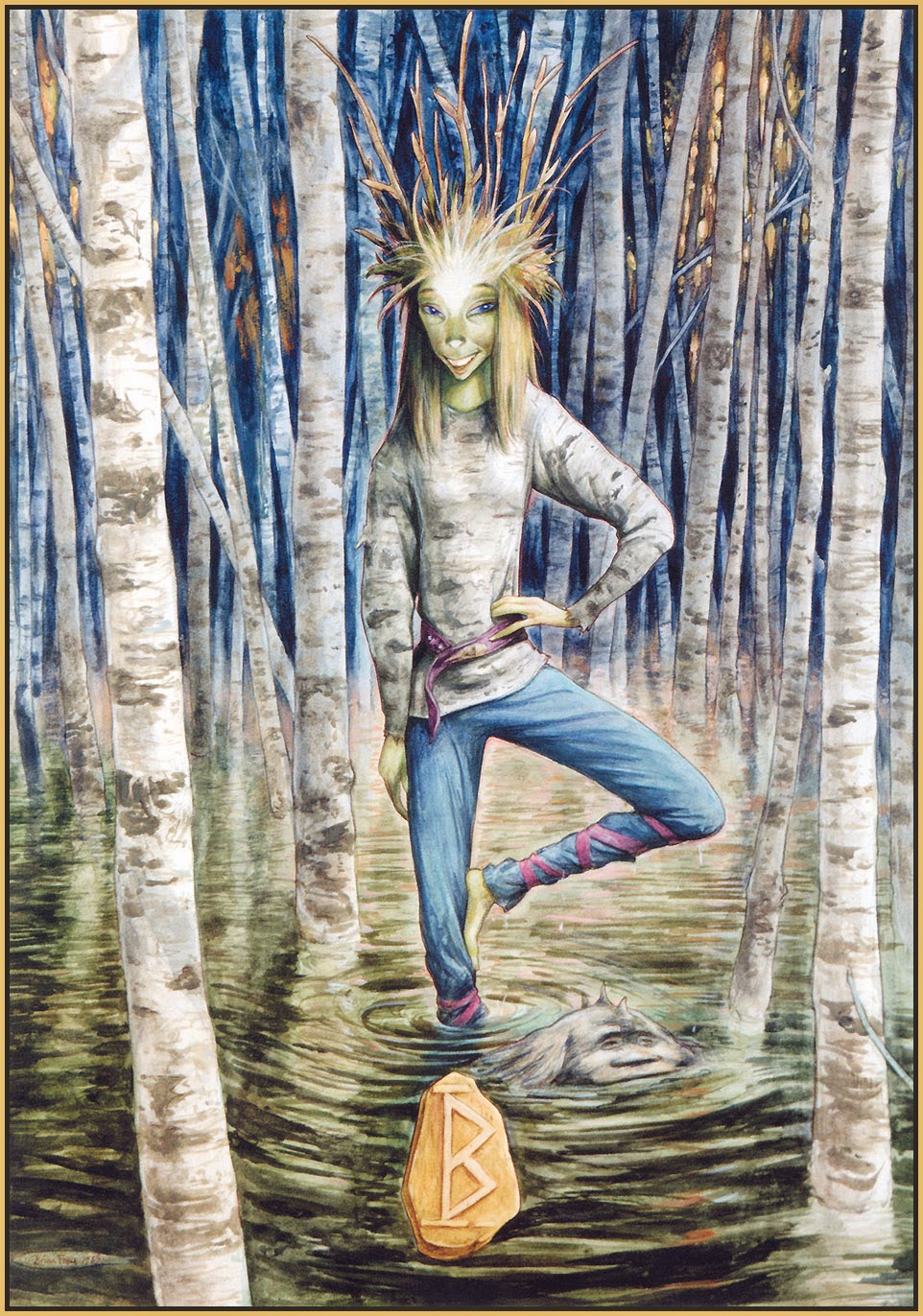 Our local Anglo Saxon museum sold some metal rune pendants on leather thongs, which I duly purchased - but I can't bring myself to wear 'jewelry' (except a wedding ring), not even if concealed.

Runes still have a special meaning for me - even the mere idea of them evokes a kind of thrill. Since reading Tolkien, and mostly deriving either directly or indirectly from him (our modern knowledge of runes comes from Tolkien - specifically The Hobbit, just as the modern awareness of dragons comes from that book).

I have of course come across runes all over the place - including that fascinating and grossly misleading compendium of The White Goddess by Robert Graves; not many fantasy writers can resist the power of runes: and power of some kind they do surely have, not least the power to transport the mind to other times, places, realities; a power as benign as the purposes for which they are deployed. 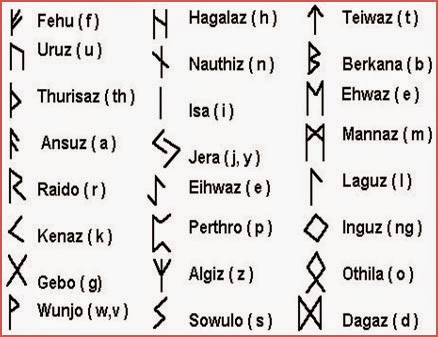 I had an army surplus knapsack EXACTLY like that one when I was a kid.

And I wrote an entire "secret diary" to myself in runic from age 10 to age 17.

I'm feeling a little less special and unique about these things than I used to...

And I was obsessed with Airfix models from age 5 to age 17. Though that wasn't anything very unusual for boys my age at that time and place.

@JP - Perhaps you have just given away that commenter 'JP' is just a 'sock puppet' for the blogger?