If you had been reincarnated - then who, what, where and when would you expect to have been in a previous life?

So far, so mainstream - but I would add that at least some of the most spiritually wise people who have taught reincarnation are or were themselves reincarnates - which is why they personally have a strong insight or revelation as to the truth of this teaching.

On the one hand, I do not feel or believe myself to be reincarnated - but just for fun I will speculate on who I might have been, if I was.

This is based upon those things for which I have a spontaneous affinity.

Language - that would have to be Middle English - the dialect of English spoken and written around 1350... so that is the time I would assume to have been alive.

Place - Somerset, England - especially around the Mendip Hills (the area that Jesus was legendarily supposed to have visited as a boy or young man, before his ministry).

Job - some combination of physician, philosopher and wizard. I find it easy to identify with the solitary (celibate), long bearded, staff-carrying figures of Gandalf, Merlin, and Getafix.

From these 'facts' and also some of my non-affinities/ aversions I can make a sketch of a wandering magical scholar-doctor in the West Country - an isolated figure at odds with, somewhat hostile to, my time - including the mainstream priests and monks (e.g. at Glastonbury).

My liking for the ancient city and university of Oxford probably means I studied there, but I have a feeling that I never graduated - and certainly I was never ordained (although I may have studied for the priesthood for a while). This may have been related to my inability to learn Latin - perhaps I was someone who paraphrased what knowledge I gleaned from manuscripts and conversation into the vernacular.

I imagine I had a fairly hand-to-mouth existence, and lived in some kind of woodland hut; but happy to accept hospitality in return for my services. 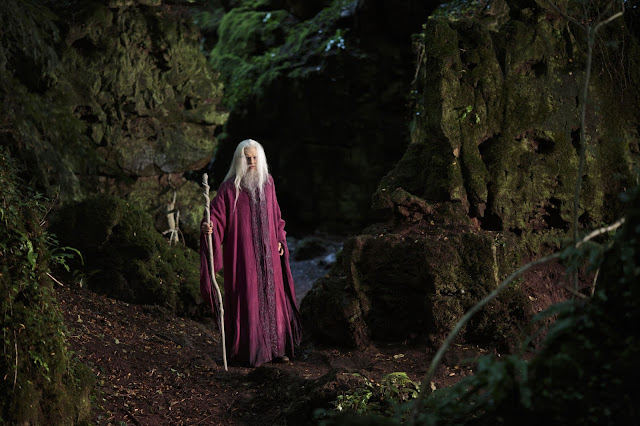 I am curious as to where in the Bible or LDS scriptures there are references to, or hints of, reincarnation. I do not present this as a challenge but am genuinely curious. I have nothing against reincarnation and can envision when it might be the case with certain seers or prophets on a limited basis(this seems to be what Tomberg is referring to in Meditations on the Tarot). I have read that Joseph Smith was asked about reincarnation and rejected it but what I read had no detail and I have no idea how the concept was presented to him or in what context.

@Sean - You could look at previous discussions of this point:

I know I was somewhere rural probably pastoral. Perhaps somewhere in the Indo-European diaspora or earlier like the Botai folks. I do not like loud noises for their own sake and I love riding horses and tending cattle, sheep, hunting, fishing etc. My favorite foods are all meat or dairy of some kind. I love horses and dogs. I like seeing lots of healthy happy cattle especially from horseback. I like living in a small close knit community.

While I am nervous before a fight, once it starts I am completely in the moment and enjoying it. I'll even move to a next opponent as fast as possible to keep the feeling going. So I was probably a warrior or hunter of some kind.

I think I was nomadic or semi-nomadic as I like sitting under the stars and hearing and telling tales. Nothing is better than sitting under a canopy of stars during Indian summer by a small campfire with your family and friends.

I just finished reading that posting. Thanks for the link.

I always thought of the doctrine of reincarnation in eastern religions to be derived from a recognition of God's justice and mercy. In the absence of a savior the overwhelming majority of mankind is doomed to some form of perdition. But if they can serve their time in hell (or some lower paradise) and then come back again to give it another try and if they can do this as many times as it takes to get it right then the demands of both justice and mercy are met. It is actually a pretty fine ideal though with definite drawbacks (the vast amount of time and effort needed; the likelihood of complacency leading to a fatalistic apathy will come to dominate). The notion that select individuals may return to perform appointed tasks seems not out of line to me.

I had a very vivid dream once that I was a male black slave being chased along a river bank near a plantation in the deep south of America. I could hear a pack of hounds chasing me and could see the picked cotton fibres of my labour on my clothes and on my bloody, calloused hands and feet. I waded into water to try and swim for the other bank. I felt a gun shot take me in the back and then I floated off peacefully into God's embrace. I had this dream quite often as a child and also a similar series of dreams in which I was a young American GI who died in Vietnam. I have also always felt a strong affinity to Celtic Britain and see flashes of a former blue painted self hunting deer in the wooded hielands and Fishing in the lochs, whenever I visit there. I do have a very vivid imagination though it must be said and I have watched a lot of Vietnam war movies growing up so that might be a more obvious explanation :-)

Jesus said that John the Baptist was Elijah (presumably reincarnated), but John himself denied this. Jesus' Jewish contemporaries apparently took "past lives" of some sort for granted, as revealed in the question, "Who did sin, this man or his parents, that he was born blind?"

The Mormon scriptures contain, so far as I know, no hints of reincarnation, but D&C 76 does speak of some people going to the "telestial kingdom" after death, and there is a non-scriptural but very authoritative source that identifies the telestial kingdom with "the world in which we now live." If that is taken as implying reincarnation, it would suggest that it is mostly bad people who are reincarnated (the telestial being the lowest degree of glory).

For a very thorough discussion of reincarnation from an LDS point of view, read "Eternal Lives" by J. J. Dewey (available online here). (Dewey is a New Age guru type from a Mormon background.)

By the way, reading this post just before going to bed apparently triggered a bizarre dream in which I had a conversation with Voltaire, who told me that he was a reincarnation of "le Nain Tracassin" -- that is to say, Rumpelstiltskin.

@WmJas - I've modified the post to delete Mormon scripture - on reflection I was not thinking about reincarnation but resurrected men walking the earth as a type of angel - but while they are people 'returning' - of course they are not 'reborn'.

I can't remember the details offhand, but it may have been in the last of the History of Middle Earth books by Christopher Tolkien, there are excerpts of Tolkien's notes trying to make sense of the reincarnation of the elves - and whether this would entail rebirth as babies etc, or some kind of return to middle earth in adult form.

I recall that the only elf recorded to be re-embodied into his old body and returned to Middle-earth was Glorfindel.

@Fred - Yes, Tolkien wrestled with how to manage this in writings published posthumously.

I feel obliged to point out that LDS doctrine explains what it means by John the Baptist having the Spirit of Elias, and this explanation precludes that he was the reincarnation of Elijah.
- Carter Craft

I would perhaps be a younger son in a middling aristocratic family, physically lazy and prone to illness, but taken care of well enough to live more-or-less like pre-adventure Bilbo and pursue some minor academic and business interests. Maybe I lived in a monastery for a bit...