These carvings have the power to create a powerful feeling of connection with people of the past - and irresistibly lead to speculations about what these markings are for?

I have my own theory, naturally!, which is that they are symbolic maps - used for teaching about significant landscape features.

For instance, the concentric rings like those shown in the above illustration are representing 'hill forts' - such as this one at Lordenshaws (aerial photo): 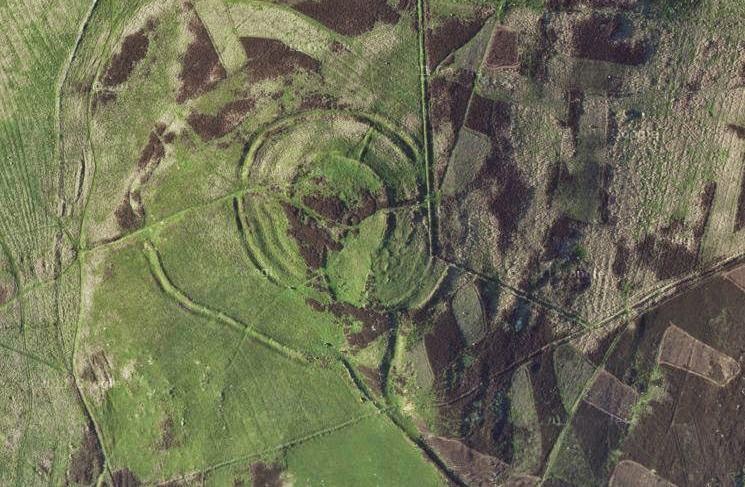 and the carved lines represent either paths or rivers.

Since many of these landscape features will be undiscovered, lost or altered; and since I would not expect a symbolic map to resemble closely the actual landscape - my theory has the virtue of being both psychologically gratifying and essentially un-disproveable!

I have seen the same symbol in Malta and Ireland. It's more than a map I think. It has a spiritual meaning, the implication of which eludes me, although I once knew it. But it's so old, who would actually know? If it were a map, it would be different in Malta, Ireland, Northern Europe or Northumbria?