The magic of Keswick 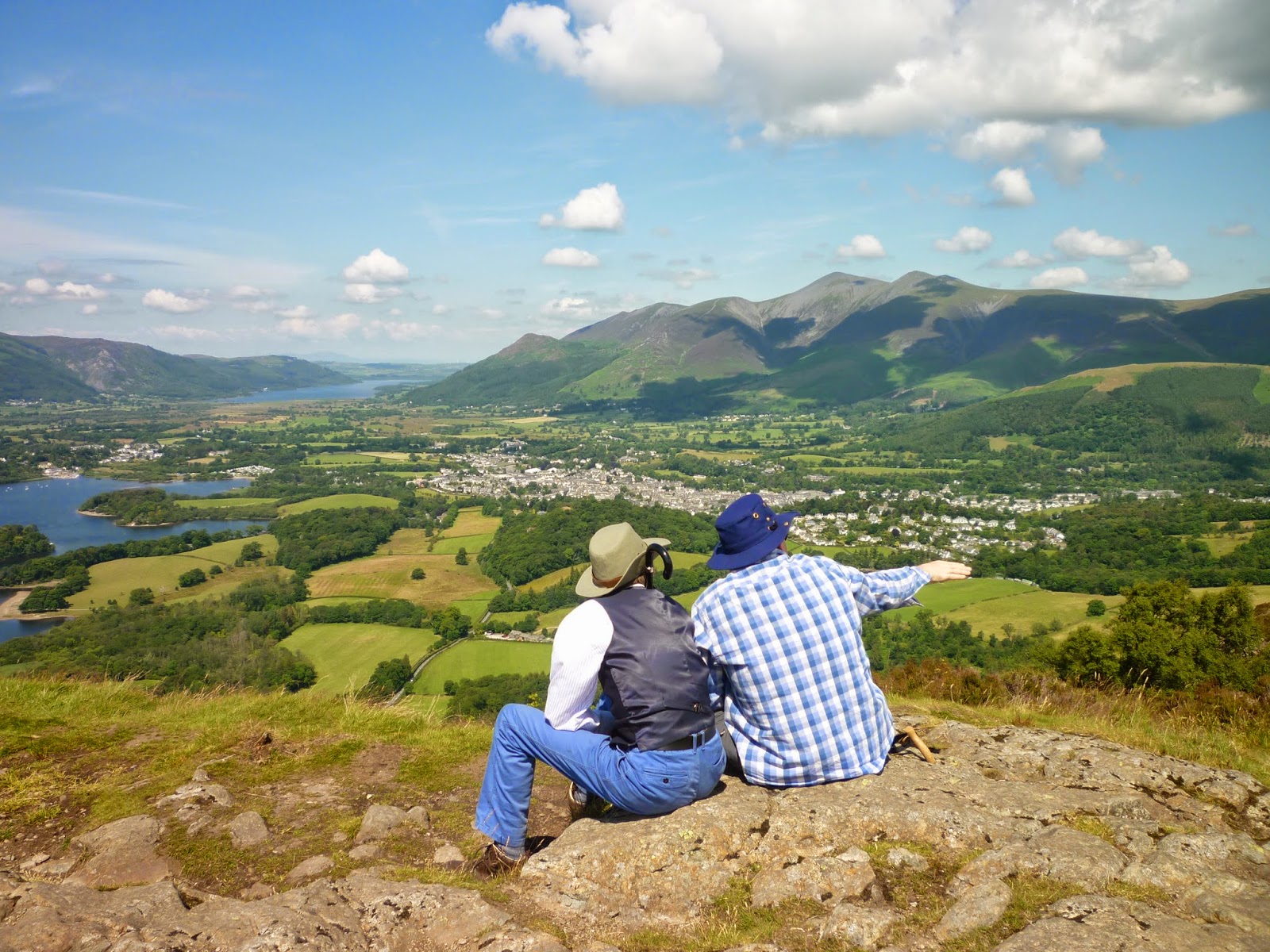 One of the best places I know is Keswick, in the Lake District; which is the main place I have taken my holidays over the past thirty-five years.

I hope it is not tempting fate to say that the place has never let me down, but always proved potent at curing alienation, and reconnecting me with 'life'.

Keswick is England's nearest (and preceding) equivalent of Concord Massachusetts as the rural literary centre and birthplace of Romanticism - at various times Coleridge, Southey, De Quincey and Shelley lived there (and were visited by other major writers of the time); and the Wordsworths were just a couple of hours walk over the fells at Grasmere.

Keswick - located on the banks of the sublime Derwentwater, is also the centre for hill walking in the northern Lakes - which was an activity also pioneered by the Romantic poets - so the place attracts residents and visitors who have an outdoorish and also somewhat poetic cast of mind.

Keswick's other main claim to fame is The Keswick Convention, which is an evangelical Christian gathering that was very influential as a cross denominational grouping in Victorian times, and continues in some form - but although church groups visit throughout the year; Christianity is not, overall, a major presence (as it is in, for example, Oxford or Durham or some small Cathedral towns). The spiritual feel is of a general pantheistic/ neo-pagan type.

It is interesting to speculate why Keswick is such a magical place, because there are many factors against this - the fact it is a magnet for tourists, and seems to have a greater number and density of bed and breakfast 'hotels' than anywhere else I have ever been. (Yet these are, in practice, a plus; since the B&Bs tend to be owned and run by couples and families who are some of the nicest people I have met.)  And of course all of Keswick is not magical all of the time - mornings are best, and evenings next best.

Yet somehow the enchantment stands. The surrounding hills have a lot to do with it. The fact that much of the building uses local stone (a dark blueish green slate) probably helps. The type of people it attracts. And probably some cumulative atmosphere built-up over the centuries.

Also, Keswick is very English in a deep and traditional sense of that word, which includes resonances of Anglo-Saxon (Germanic) and Scandinavian - and that also is something I like very much.

How fortunate I have been to know and benefit from Keswick.

I worked in Carlisle and Whitehaven for a year and am now quite sad that I never really got to appreciate the natural beauty of Cumbria. Once however my car broke down a couple of miles after exiting the motorway somewhat near Barrow-in-Furness. It was almost sunset and there seemed to be no civilization around. What I experienced was absolutely gorgeous, not breathtaking, but calming beauty. The kind of place Bilbo Baggins would wistfully miss I suppose!

Taking the train from Manchester to Carlisle gets you some great views, but it is obviously not like the experience of being there.

It is rather sad that some Carlisle residents I spoke to consider the Lake District an ordinary sort of boring place they would rather escape from in favour of somewhere more cosmopolitan like Manchester or *shiver* London and Newcastle.

There really is magic there and I hope to experience it fully before I become unable to. Thank you for reminding me of this wonderful time and place.

Incidentally patients from Keswick (locals, not tourists), tended to be some of the nicest people I have had the pleasure of meeting.

It looks and sounds like a dream. Your landscape posts are your most poignant ones.

Maybe someday before we are completely decrepit you and I will be able to see some of these places together.

@L - I hadn't realized (or I had forgotten) you were a British medic - and at one time working in the same health authority and medical school region as myself.

@Adam - Well, that's how it looks to me - but of course not everybody feels the same about Keswick or responds the same way (or, it may take a while); and I now have many layers of memories to add depth to my appreciation.

Keswick would certainly be the kind of place I would like to visit with you if you made it to England; but unfortunately I already am semi-decrepit, and can only walk the flattish paths (and not, for the past couple of years, the peaks) due to my arthritic/ swollen/ unstable right knee - which is only kept-going (postponing replacement as long as possible) by regular steroid injections.

Still, I walked seven miles around Derwentwater without ill effects; and managed (but only just!) a four mile round trip of Waller Crags which involved some fairly steepish stuff. It's not the same as doing the Newland's Round, or Haystacks - but wonderful nonetheless.