*
As a small child, my favourite outing was to the beach. I lived in south Devon, which was full of beaches - indeed this delightful, undeveloped little beach was within walking distance of our house: 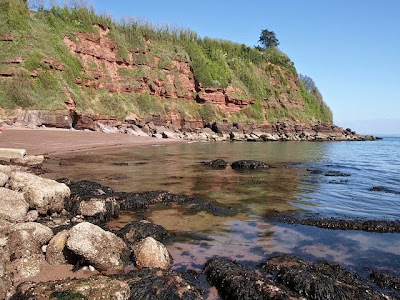 But, more often than not, we would get in a car or two (if there were visitors or family friends) and visit one of the main beaches within a few miles radius; and all-too-often that beach was the dreaded Babbacombe, which had pebbles not sand.

This seemed to me a terrible waste of time. A pebbly beach was a fake beach, so far as I was concerned.

If you are going to bother to get in the car and go to a beach, why not go to a real beach, with real sand? 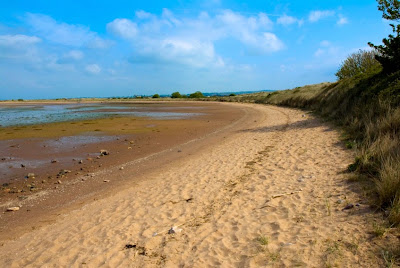 Dawlish was the ideal - but a bit far for everyday usage - however, nearby Teignmouth (pronounced Tinmuth) was a good compromise, with its coarse, reddish sand: 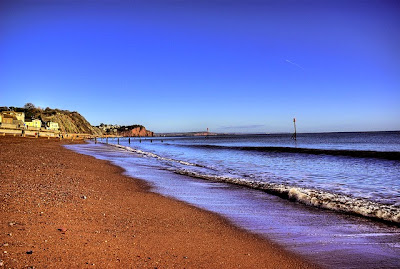 But Babbacombe was a miserable place - the warmer the day, the more miserable it was.

Memories of sitting on uncomfortable pebbles, the agonies of walking barefoot on roasting-hot pebbles, avoiding the inevitably-present lumps of crude oil and dog's muck hidden among the pebbles...

Trying to bathe when the beach shelved too steeply and there was a scary undertow; and worst of all - no sandcastles, no water channel construction, no burying yourself or your sister or father...

Babbacombe pebbly beach - for a young kid, it was worse than no beach at all: 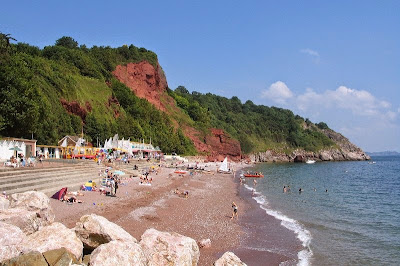 Though the great song return no more
There's keen delight in what we have:
The rattle of pebbles on the shore
Under the receding wave.

@Brad - I would bet Yeats didn't write that when he was four years old...

Hawaii is the beach equivalent of paradise. Sandy beaches with warm waters abound. And for good measure, they come in a variety of colors: white and yellow, of course, but also, though these are rare, black, red, and green.

My son's family lives in Alaska, which also has beaches, but a cold beach doesn't have much appeal. Plus Anchorage has dangerous mud flats that can turn into quicksand with fatal results when combined with big, cold tides.

You cant skip sand on the water`s surface...

@Luq: Indeed, but neither can you skip pebbles (which are round/ oval-shaped); but only flat stones!