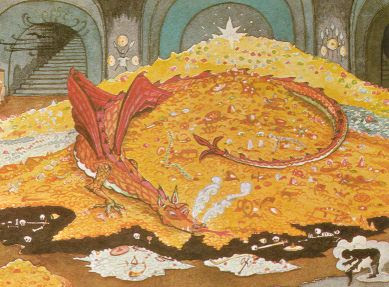 At one time I spent a great deal of time and effort in understanding, and attempting to live-by, the ideas of James Hillman.

Yesterday, I took a look at some of the online interviews with and talks by Hillman that have been posted over the years; and I can see what it was that appealed about him. He is extremely intelligent, articulate, creative - and consequently generative of interesting ideas.

The current successor to Hillman is, of course, another post-Jungian: Jordan Peterson - and the contrast is interesting. Peterson is also articulate and intelligent, albeit less so than Hillman, but he is not creative: JP is a summariser, not an originator.

There is a smallish political contrast: Hillman was a radical Leftist who worked in the in the sixties counter-culture and its descendants; whereas Peterson is a Left-libertarian. Hillman called himself a polytheist - but was only ironically so; and his main alignment was as an anti-Christian. Jordan Peterson is not a Christian, but is pro-Christian in his political alignment.

The thing is: James Hillman was evil - by which I mean that he was explicitly, strategically and self-consciously against Good (as Good is understood by Christians). Of course, Hillman said many good and true things, because all people have both Good and evil in them: but Hillman's alignment was undoubtedly evil.

By contrast Jordan Peterson, is on the Wrong Side in the Spiritual War that is Life; but he is not explicitly, strategically and self-consciously against Good.

Anyway, Hillman is an interesting case! As I watched him speak yesterday on various YouTube vids, I felt on the one hand a fascination at the ideas, and mode of expression; on the other hand a mounting distaste and discomfort - a kind of revulsion or disgust which built up the longer I watched. I was insidiously drawn-in; and also felt an increasing desire to flee...

I suppose what James Hillman was, was a kind of dragon! Much like Smaug of The Hobbit. Impressive, hypnotic, beady-eyed, witty, eloquent, sly, manipulative - and with a stone-hard heart!

Very interesting to read this, Bruce. I only ever came across James Hillman at second hand but he struck me as someone who said a lot of the right things, sort of, but in a somehow manipulative and devious almost anti-spiritual way. I'm glad to get your confirmation of this.

I've never read anything by either Hillman or Peterson, and I can't say your post has given me much motivation to look either of them up!

Jordan Peterson is, insofar as I am able to tell, a committed Christian.

What he is not, is someone that has accepted a vocation as a minister or theologian rather than as a psychologist.

C.S. Lewis had a very cogent criticism of the work of 'Gaius and Titus' who presented their amateur philosophical pretenses on their credentials as professional grammarians.

I find no fault with Peterson for avoiding this behavior, even though his personal religion is no doubt better than the philosophy of 'Gaius and Titus' (at least by the report of C.S. Lewis). I myself indulge in it by the above words "insofar as I am able to tell", that is, openly acknowledging that I have no special authority to pronounce judgment on the state of Peterson's soul.

@CCL " I have no special authority to pronounce judgment on the state of Peterson's soul" that's a red herring, because it applies to everybody without any exceptions; but we must judge, nonetheless,

If you know of a staement where JP simply declares himself to be a Chrisian, that would be a start; but he seems to go to great lengths not to say so.

At any rate - things have come to a pretty pass when someone who is not prepared even to publicly self-identify as a Christian, despite being a public figure, is being regarded as some kind of authority on Christianity!

"I felt on the one hand a fascination at the ideas, and mode of expression; on the other hand a mounting distaste and discomfort - a kind of revulsion or disgust which built up the longer I watched. I was insidiously drawn-in; and also felt an increasing desire to flee..."

We must judge whether the acts and communications of others help us to be better Christians. Thus the man, woman, or child who harps on how I ought to "forgive" them is clearly, in my experience, merely posing a serious obstacle to my actual ability to do so, and thus is a real and serious impediment to my ability to practice Christianity. This is not a judgment on whether they are sincere in their repentance before God, it is purely a judgment of whether they are of any help in my own effort to be a Christian.

I have no difficulty with anyone saying of Peterson, "He has nothing important to say to me personally about being a better Christian." I've said the same thing many times. I'll keep saying until I hear him say something I don't already get (generally with more clarity and practical applicability) through the Spirit from the scriptures.

But I will not denigrate Peterson for accepting that his professional credentials, the basis for his having a public voice, are extended by the world rather than by Christ.