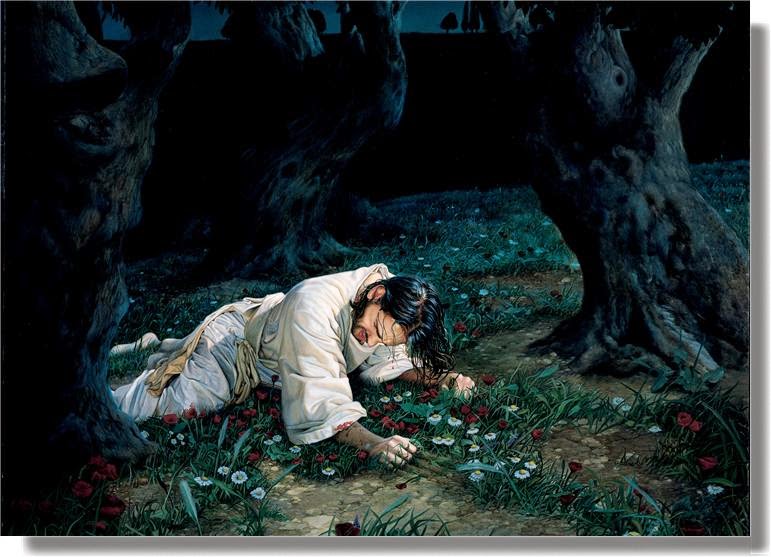 Nonetheless, this is a problem which - it seems - won't leave me alone; not least because I find the standard formulations to be either meaningless or actively-misleading.

The difficulty is that Christ's incarnation, ministry, death, resurrection and Lordship is a very complicated and 'roundabout' and linear series of 'answers' - indicating that whatever the problem/s they solved were several-fold, and also that there was 'no other way' for them effectively and completely to be addressed.

So there is no short and simple explanation for what Christ did, but only an answer which includes - or at least assumes - multiple needs and constraints.

The context is one where souls (or spirits) are already (and necessarily) everlasting (and also, I believe, we had a pre-mortal spirit existence).

Thus, 'everlasting life' apparently means specifically an everlasting incarnated life - life with a soul in a body such as we have now.

But then the kind of everlasting life we get is one when we must first die in the sense that our body must die, and the soul will (for a while at least) be severed from the body; and it was obtained for us by Christ Himself dying.

If we were to die without Christ's work, we would have an eternity as a severed soul (this, I infer, is what is described as the demented, witless state of spirits in Sheol, Hades or the Northern pagan Hel); and this is not the same state as our pre-mortal spirit life (and not the same as the spirit life of a never-incarnated angel).

And also, it seems that eternal (endless) life without first dying is not a blessing - but that it is best we should first die.

What is needed is resurrection - but resurrection cannot simply be either not dying, nor can it be a coming back to life (like Lazarus). The reason is that we are so very flawed, so very corrupted by sin that an eternity of living as we are now would be a torment.

So, to be fitted for resurrection into eternal life we must first be purified and perfected; this is the specific function of Christ's atonement.

By Christ's work of atonement we can be perfected and purified so as to be able to live forever with great happiness; but this requires that:

1. first we die and are resurrected, and

2. during this process, in-between death and resurrection, we are purified and perfected.

So, this clarifies, or narrows-down, what the atonement does and where it is located in terms of death and resurrection.

But how it is done remains obscure to us - as if we were very young children to whom an advanced scientific or technical process was being described - something like the functioning of a nuclear reactor, or fractional distillation.

Things happened as they must happen - the complex 'rigmarole' described in the Bible was the only way that the necessary could be achieved.

Time just is linear and sequential - therefore for Christ to enable us to die and be resurrected (apparently) required that Christ himself (Lord and maker of this earth) Himself become incarnated, died and was resurrected over Time and in human history.

And required also that Christ performed that act of atonement whereby He took upon Himself the sins and corruptions which we necessarily accumulate through mortal life with free agency and the reality of purposive evil.

And even this rather complicated answer to explain what Christ did remains seriously incomplete, because it leaves out Christ's teaching ministry, the role of the church, the role of scripture - and many other vital matters.

This lays out the issues in a helpful way. Laid out like that, it does raise questions about why death is a requirement.