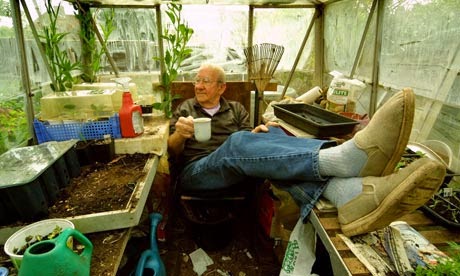 Hobbies are the proper forum for creativity - as a general rule: hobbies being chosen pastimes done for personal satisfaction and not economic benefit.

We ought not to look to our jobs as a place to exercise creativity.

Furthermore, we ought not to look for status via our hobbies: status is a zero sum game - there can be only one winner.

And from this perspective, by these considerations, most hobbies are done wrongly and many jobs decisions are incorrect.

So, we should try to do our creative hobbies well, but try not to get too tangled-up in things like entering poetry competitions or best-vegetable competitions or winning the local sports leagues; or selling our paintings or cookies or hand-knitted clothes.

And we should avoid (as a rule) doing supposedly-creative jobs, like dancing or acting or being a musician or writing 'novels' - where the actuality, for 95% plus of participants, that (overall) you pay-out to do the job; and the job mostly is mundane and unfree, and the participants become whiny/ arrogant from a culture continually demanding praise, prestige and state-subsidy.

With this in mind, hobbies are most delightsome things, and their decline is a sad indictment of modernity.

As a child, I was always astonished at the hobbies of the working class men in the North - in which they had created an autonomous world of gardening for vegetables or flowers, fishing, keeping pigeons or whippets, making things from wood and so on - and the women did knitting, specialized in particular types of cooking - and so on.

(But generally, the women did not so clearly distinguish hobbies from their home work, and this was either a deficiency or simply due to different nature: for women, using leisure time in visiting and meeting together to chat over a cup of tea was perhaps a greater satisfaction than any solo or team hobby could be.)

There was, indeed, an element of competition (e.g. who could grow the largest leeks, or racing whippets or pigeons) and some economic function (catching fish and growing tomatoes, gooseberries or  new potatoes for the table) - and this was a fatal weakness when taken too seriously.

But as a rule, the money-making or possibility of social recognition functioned as a more-or-less plausible excuse, publicly to legitimize men spending so much time just 'pottering around' and doing something quietly creative and expressive, and doing it for their own satisfaction - often in meditative solitude.

the late Elder Faust gave a talk on happiness. Most of it was more spiritual, but one of his counsels that stuck with me was doing something concrete with your hands where you could see the finished product yourself.

Wonderful post! It is tragic to see careerism destroy hobbies, or to see hobbies just reduced to excuses for careerism - like, at least with my neighbors, spending large amounts of vacation homes, extra ("fun") cars, boats, etc. that they can never use because they're too busy working all the time.

I love the idea of simple, free hobbies that are slightly productive but mostly about finding pleasure in things that aren't about maximizing productive/economic efficiency.

Your warning against looking to our jobs as a place to express creativity is valid not only for would-be writers and musicians, but also to someone like me with "Programmer" in my job title. Not only must the bulk of my time be spent producing TPS reports and placing pinches of incense on various corporate altars, but when I do spot an opportunity to solve a problem in a good way that others might not have seen, I must avoid attracting the attention of upper management, for whom any opportunity for creativity in fulfilling their requirements is anathema. I mean anathema quite literally: something they go to great trouble and expense to do away with.

So your advice is probably good for most of us. It also seems to contradict Frost's aspiration expressed at the close of Two Tramps in Mud Time:

But yield who will to their separation,
My object in living is to unite
My avocation and my vocation
As my two eyes make one in sight.
Only where love and need are one,
And the work is play for mortal stakes,
Is the deed ever really done
For Heaven and the future's sakes.

@Karl - One of my favourite poems!

But Frost actually wrote most of his best work while he was doing a lot of farming and lecturing (at a teacher's college) - and before he got famous enough to live as the first ever college 'writer in residence'. He continued to draw upon the mass of drafts accumulated in these years for the rest of his life.