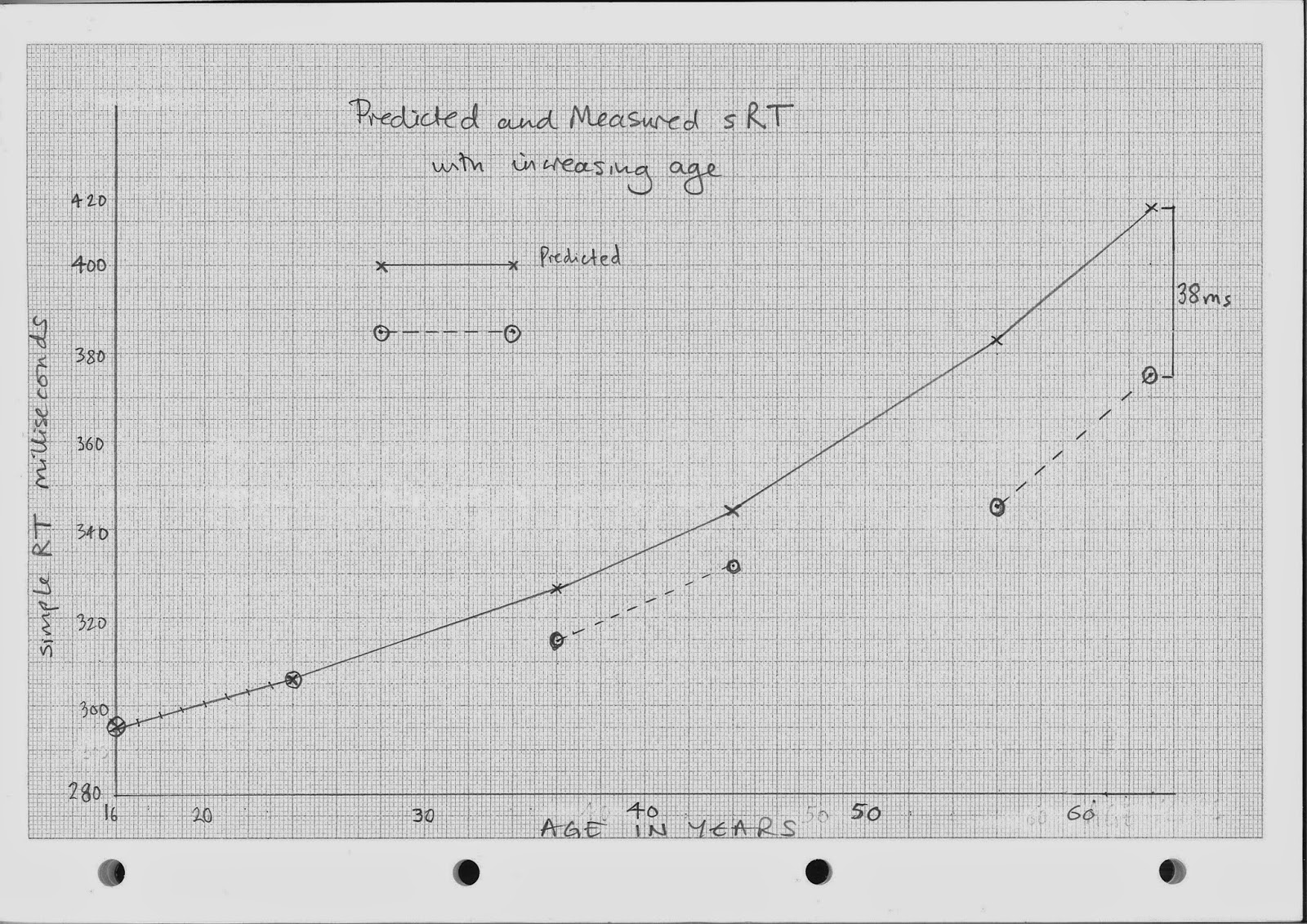 Crosses and solid lines show the predicted slowing of simple reaction times across a lifespan of 16-63 years old.

Shorter reaction times correlate with higher general intelligence (IQ) - so this means that actually observed 63 year olds were (38 milliseconds of sRT) more-intelligent than would be expected if they had aged at the expected rate.