A fool for God 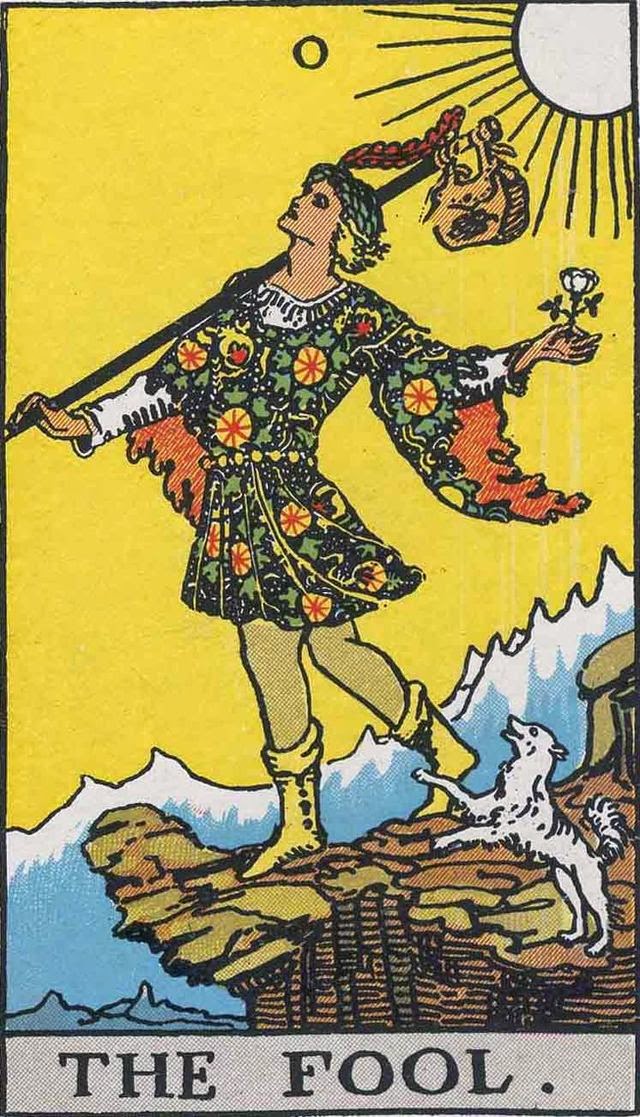 The Russian Orthodox idea of a kind of Saint who is a Fool for Christ, or for God, is a clue to a very important spiritual path.

The Fool is one who is not concerned with his status, his prestige, the opinions of normal, secular, sensible people - he is unworldly; the Fool for God is a type of fool - one who combines this deep indifference to worldly estimation with a simple and solid devotion to God.

A fool could be himself, or her-self, very simple or extremely intelligent; indeed the concept of a highly intelligent fool is one of particular importance and particularly neglected.

But the fool is not gullible - at least not in the usual sense - because gullibility is mostly about using greed and conceit to lead people against their own interests - to their too-late regret. This is hard to achieve with a fool, since his lack of pride makes him intrinsically unpredictable; and the fool is prone to accept what seem like bad outcomes as actually being good.

At a lower level, there are those who are a fool for their vocation - for science, or literature perhaps. This usually comes across in their attitude to criticism, and to being called a fool (which of course they will be); especially when they are disdained by their professions.

The fool for science, or poetry, will take unjust criticism from socially-dominant inferiors without resentment - with a shrug, with unspoken pity; will simply move onto other and more compelling subjects - recognising there is no defence against the accusation of being a fool.

One either is a fool - in which case there is no need for defence; or one is not a fool - and this is shown by the resentment and self-justifying against those who make the accusation.

You see - to be a fool really is a good thing - especially in the modern secular world; to be called a fool is a deep compliment - but only the fool knows it!

If a real fool was to decline the title, it would only be through modesty; with a blush and a hanging of the head - never with anger or vehemence.

Of course, people may pretend to be a fool, in order to manipulate others or get out of trouble (like the Good Soldier Sjvek) - or to claim a higher spirituality like some fake gurus of the 1960s counter-culture (who accepted the general appellation of fool; while raking in sexual benefits, ego-tripping on their inter-personal dominance, secretly sniggering at the gullibility of others).

But the real fool is innocent. Sometimes he may be protected by his innocence, and sometimes it may get him into trouble - but so long as he remains a fool he will remain innocent.

It is, however, a very sad thing to see someone who is born with the gift of foolishness squandering it in an unconvincing attempt to make other people 'take him seriously'.

Many of the greatest bores and the most aggressively egotistical people are those who are defying their destiny as fools.

The real fool, who is secure in his own foolishness, is a great gift to the world - and this includes the intellectual fool.

The unworldliness of a fool is itself a witness to higher things - to feel, to act, to be 'not of this world' is itself evidence of another world.


Note - The illustration is from the Rider-Waite deck of Tarot cards; which constitutes a remarkable, unique and inspired set of illustrations with inexplicable wisdom, mystery and depth.

The only 'Fool for God' I ever knew was a returned Mormon missionary to Russia. Maybe there's something in the air.

The Fool is the first card in the Tarot Arcana. The beginning of the spiritual journey, and, also, the desired end. The spontaneity and complete trust of innocence.

I am not a Christian, but similar ideas come always from the words of Jesus in "Suffer little children, and forbid them not, to come unto me: for of such is the kingdom of heaven."

And "And why take ye thought for raiment? Consider the lilies of the field, how they grow; they toil not, neither do they spin:"

And "Then Jesus beholding him loved him, and said unto him, One thing thou lackest: go thy way, sell whatsoever thou hast, and give to the poor, and thou shalt have treasure in heaven: and come, take up the cross, and follow me."

And " And Jesus answered and said, Verily I say unto you, There is no man that hath left house, or brethren, or sisters, or father, or mother, or wife, or children, or lands, for my sake, and the gospel's,

But he shall receive an hundredfold now in this time, houses, and brethren, and sisters, and mothers, and children, and lands, with persecutions; and in the world to come eternal life.

But many that are first shall be last; and the last first."

To my mind Jesus constantly reminded his followers to be "Fools" for God.

Day after day, alone on the hill
The man with the foolish grin is keeping perfectly still
But nobody wants to know him
They can see that he's just a fool
And he never gives an answer

The heightened absurdity of Russian society (including nowadays) means the only sane response is often an equally absurd one.

@Ara - I haven't ever been to Russia, but in terms of foreign policy it nowadays sometimes seems like the only sane country in the world - at least, I can understand its decisions.

I have never actually read an analysis quite like this... but I really liked it. Thank you, Bruce.

My favorite portrayal of a holy fool was Dostoevsky's "The Idiot."

Also, it's hard for me to read this article about Mr. Rogers without coming away with the impression that he was a sort of holy fool: