The essence of Colin Wilson 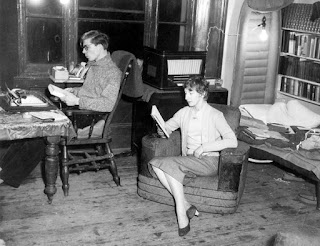 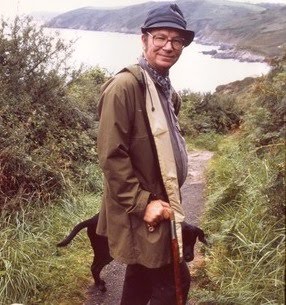 Colin Wilson wrote a very large number of books - non-fiction, novels and articles - but he was a 'hedgehog' thinker who had a single core insight or essence that was endlessly re-explained, elaborated and extended.

This essence was Wilson's metaphysical assumption that Man is potentially as good as his best moments.

For Wilson, the starting point was therefore to reflect on those times in life when the mental state and powers were at their peak - when you felt at your best and when the world felt like an excellent place. His 'optimistic' assumption is that the best times ought to be regarded as the baseline state.

Most people - in contrast - are pessimistic; and regard the best times as aberrations. Since they are not permanent, and may be very brief and infrequent - most people take the baseline of life to be the normal average level of feeling and functioning.

Even worse, for the past century or so the mainstream intellectual elite - especially the artists and authors - have propagated a view that the worst times (of suffering, nihilism, despair) are actually the realest representations of the nature of life and the good moments are merely ephemeral illusions: for the bulk of influential intellectuals - suffering, nihilism and despair are the truth.

But Wilson's contention was that the optimistic view is the true one - and the proper interpretation of the fact that the best times may be the exception rather than the rule, is that Man (as a species and as individual) is on an evolutionary trajectory towards an era when our highest-ever moments become the norm; and indeed become higher.

So, the best times of our lives therefore need to be noticed, identified, focused-upon, learnt-from and built-upon - aiming towards a future of continuous, enhanced and fulfilling consciousness.

And that is the basis of Wilson's serious writing; and indeed much of his lighter work too.

But that is just a secularization of the Christian truth that salvation is individual and lies within the soul, as all evolutionary theories are - they locate salvation outside, in future time, rather than inside, anytime.

It's quite similar to the Enlightenment Project - we are moving toward a perfect state, physically, and in some respects spiritually (we will be perfectly rational). Over time, evolutionary theories lead to nihilism and despair as disappointment sets in.

If Wilson's theories were ever taken seriously, they too would eventually end up in nihilism, as the Enlightenment did, because salvation is not a product of evolution that culminates on the future. It is now, and individual.

Evolutionary theories also rob the present of meaning, which over time, also leafs to nihilism.

The major heresy of the West, and what got us into trouble, is this taking of salvation and making it outside and time based - all evolutionary theories are like this.

@George - Colin WIlson was not a Christian nor indeed a theist, and is therefore incomplete as a metaphysician; but that doesn't mean he isn't worth reading!

Mormonism is an evolutionary type of Christianity, so are the Christianities of Rudolf Steiner, Owen Barfield, William Arkle and Jeremy Naydler.

Christianity transcends philosophy; and is compatible with a variety of metaphysical systems (not just the metaphysics of Classical Greek and Rome) - so I would regard it as a major and disastrous historical error to assume that Christianity must necessarily be contained within Classical Metaphysics (although - of course - it *can* be).

There seems to be a widespread misapprehension that whatever's discordant, distorted, brutal and harsh is somehow more 'real' than what is good, beautiful and true. More 'edgy' in current parlance. Colin Wilson exploded this shabby thinking superbly and turned it on its head.

Kathleen Raine, in a slightly different key, writes about it well in her essay 'The Use of the Beautiful' (1967) -

"Since for positivism reality is situated (by definition) in the physical order only (a view consistent not only with Marxist economic theory but with the exclusively quantitative criteria of science), truth to the nature of things has come to mean truth to the physical order - a fact which perhaps explains the pparently inexhaustible current preoccupation with carnality. But in what are these records more 'true to life' than the thoughts of Plato, St. Paul, Mozart or Dante? These too are human. This question is not even asked; but if it were, it might be answered that spirituality, abstract thought, and intellectual beauty, not being quantitatively measurable or experienced by the senses, have not, in terms of the positive, any reality at all. It is a question of where, for a society, a caste, or a civilization, reality is situated. In this respect there seems to have taken place a revolution, which has reversed the normal hierarchy of values, situating the physical above intellect and the spirit."

@Bruce. I notice that you don't actually address the problems raised by George- you merely assert that others have also taught similar things. To someone who objects to Wilson for the reasons George argues, the correct response would be that those evolutionary Christian philosophies are also flawed. Having said that, I actually agree with you that Colin Wilson is a wonderful writer, and very much worth reading.

My own experience is that the evolutionary aspects aren't really all that important, when it comes to appreciating, and benefitting from, his work. But then, I could say the same thing of Steiner, and of the little I've read of the remarkable William Arkle, whom I discovered at this blog.

Wilson's other appeal is that his prose is possibly even better than his actual ideas! No other writer, in any genre, is as easy to read, or as enjoyable (though of course, there are greater writers). All of his output seems to have this same quality- his prose is also that of a hedgehog, rather than a fox. Besides his major works, and his numerous talks available on YouTube, I particularly loved his book on Steiner (whom Wilson clearly adores, despite his aversion to Steiner's much more ponderous manner of thought and expression), and his book on classical music ('Brandy of the Damned', later reissued with the much more sensible title 'Colin Wilson on Music'). The latter work is perhaps the one I find the most compellingly readable of all his output. I'd recommend it to anyone with even the slightest interest in Classical music.

Colin Wilson called this heightened consciousness "Faculty X." I think it was in "The Books in my Life" that he made the observation that writers from rougher circumstances tended to have a more positive, upbeat view of life, and that those from gentry or higher backgrounds tended to be more nihilistic. It's true. Look at the writing of someone like John Fante, from a hardscrabble background, and then compare that to the nihilist chic of someone like Bret Easton Ellis, who went to Bennington College.

The establishment embraced Wilson in the beginning, when he published "The Outsider" at the age of something like 26, since it was mostly concerned with existentialism (re: nihilism). As Wilson got further afield, into the occult and conspiracy theories, crime and deviant sexuality, etc. the establishment distanced themselves from him.

His non-fiction is definitely superior to his fiction output. His novel "The Space Vampires" was adapted into a watchable film, though. I personally recommend "Misfits" or "The Origins of the Sexual Impulse."

I think his other name for this condition of unlocking bliss "bicameralism" which he contrasted with unicameralism. He didn't (I don't think) mean these terms in the way that we commonly understand them.

His work wasn't just about mood and peak experiences though he did address that often.

I think you are de-emphasizing Colin Wilson's focus on Faculty X, specifically the aspects related to hidden powers within (some) people. These included the ability of the mind to move through time and space, and would include most of what is described in parapsychology: psychokinesis, telepathy, energy healing.

Without addressing Faculty X and the development of such abilities it makes it seem his work is less complete than it is. His belief in Faculty X put him in the camp of the human potential wing of the writers of the 60s and 70s and overlapped with the New Age movements belief in untapped human potential.

I don't share your sense of polarization with these beliefs and Christianity. For many people in these movements there is a sense of Christ as an Examplar of such potentials made manifest.

I happen to think CW's views were more or less complete, but he did not take seriously enough the existence of entities in the psychic realms that manipulate human affairs to stop psychic and spiritual development.

@Bellis - There are scores, maybe hundreds, of posts on this blog arguing about the metaphysics of Christianity - but this isn't the place to rehearse them, just to flag up the issue. Of course, mainstream Christians often don't agree with my metaphysical pluralism - but I can't do anything about that. To be honest, I don't think that many people understand the issue.

@Joey J - Yes, Faculty X is very important in Wilson's work, so is The Robot; but I was just trying to get at the unuifying essence running from The Outsider and right through.

Faculty X - "I don't share your sense of polarization with these beliefs and Christianity." You misunderstand - I don't share it either!

But I guess from your further comments you aren't yourself a Christian, because to a Christian, Christ has to be more than an exemplar - he must be necessary.

That aside, the incompleteness of CW relates to ultimate metaphysics - he doesn't address such questions as why is the universe the way it is, why is it comprehensible, what is human life for? This doesn't at all invalidate his work, indeed it seems clear to me that CW was implicitly a theist, although not a Christian.

(Actually, CW probably was a Christian of some kind up to and including when he wrote Religion and the Rebel but dodn't talk about it much/ at all afterwards - and has said that as a young man and up to the start of his relationship with Joy he seriously thought about entering a Catholic monastery.)

CW felt human life was for developing greater states of consciousness and more power over life through greater consciousness. As for why the universe is the way it is CW was a scientist with an open mind about the nature of reality and mind connecting in some way.

On Christ being "necessary" specifically, if you have more on that I'd be interested in reading it.