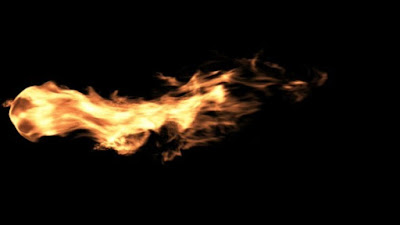 I am a sky-watcher - by inclination and trained habit. But few people are - and hardly anybody notices what is going-on in the sky.

Earlier this year I saw the most remarkable skies of my life:
http://charltonteaching.blogspot.co.uk/2016/02/rainbow-clouds-today.html

But very few other local people noticed this gorgeous display - they were walking with heads down (on their mobile phones, mostly) - trudging or rushing to work.

Most evenings (weather permitting) I spend some time outside looking at the sky. Despite the appalling viewing conditions of light pollution from living in the middle of a big city, and the horizons obscured by buildings, I have seen some remarkable things - and sometimes these are inexplicable and I could find no other reports of them.

A couple of years ago I saw what may have been a 'fireball' (a type of meteorite) - a red, apparently burning, red ball going parallel to the horizon from right to left, making a roaring noise, and lasting several seconds - maybe ten? This was extremely obvious and amazing, but apparently nobody else noticed of found it worth commenting about.

A couple of days ago I took my wife outside to see the 'summer triangle' made by the stars Deneb, Altair and Vega - but we were distracted by 'searchlight' patterns crossing the sky - which we could make no sense of, since they had multiple origins. The effect was very strange, but again I could not identify it and heard nothing more.

My sense is that modern people do not look at the skies, perhaps even avoid looking at the skies, and are incurious about what they may see there. All kinds of remarkable things may be happening - including the 'normal' beauties such as the moon, Venus, the constellations - on display up there - of which modern people are utterly unaware.

And for someone who believes in an animated universe, it all means something - even if we aren't able to summarise or articulate that meaning...
Posted by Bruce Charlton at Sunday, September 11, 2016

There are a few avid watchers on my blogrounds and we rely on such writers to keep us up to date.

It certainly seems that God is crying out to us (in many ways) in these days when so few care to listen, and fewer still would understand if they did listen:

I have spread forth my hands all the day to an unbelieving people, who walk in a way that is not good after their own thoughts. (Isaias 65:2)

One often sees photos now, taken from the International Space Station and perhaps other orbiting bodies, showing bright patches of light on the earth, with, I suppose, the idea that this is beautiful in some way. I think of the people living in those bogs of nocturnal illumination and hardly able to see the night sky, living as they do in a sort of cave of artificial light that obscures the night sky, and so looking at the photos isn't very delightful. It's worth looking up the early pages, on the stars, of Dale C. Allison's little book The Silence of Angels.

Last year, I was backstroking in our community pool about 9 pm on a very dark night, when I saw a very large cigar tube like object fly directly over mw. The middle section of it was emitting red light. As I watched, the middle section closed up and the ship, whatever it was, disappeared from sight....

My part of southern California is lousy with light pollution. I can see planets and the brighter stars, that's about it. I heard that after the Northridge earthquake of 1994 (which I experienced near a line of propagation in West Los Angeles) the local weather service received calls from people nearer the epicenter in the San Fernando Valley reporting a strange phenomenon observed in the sky after the electric power went out. Turned out they had never seen the Milky Way before! When I wanted to photograph a comet in the late 1990s, I thought it would be enough to head north to the Angeles Crest Highway, wend my way up the face of the San Gabriels, and wait for it to get real dark. It didn't.

As a teenager in the early 1970's, I stepped out of a store in Anaheim at sunset and stared transfixed at something in the western sky I at first could not identify. It looked like a huge, rim-lit spaceship of Dali-esquely alien design. Then I realized that the 'rim lighting' was the white smoke trail of a satellite-boosting rocket launched from Vandenberg Air Force Base 176 miles (283 km) to the northwest. Winds had blown the trail into the odd shape. That certainly explained the lack of consternation in the people around me. But, boy, for a split second there...

I saw the multiple 'searchlights' again last night - there is presumably a simple explanation but I still can't disocover it (also, I wish they would cease - since they make it even more difficult to see the skies).

Many years ago I saw a bright green meteor which fragmented into several pieces - a total flight of maybe five seconds. Rare but not unprecedented, it seems.
More recently I saw the Milky Way for possibly the first time - certainly the first time so clearly - out in the back end of Somerset. My reaction was 'what the [expletive deleted] is that?'. We forget what we are missing.
Certainly there is something strange 'in the air' at the moment, and somehow it is tangentially linked to the events around Brexit.

Early this morning I woke and saw much of the Orion constellation through a kitchen window. Taking binoculars, I was able to see the nebula well without having to leave the warmth of the house.

I have to comment due to overlap of a few days ago.

I was out camping and in early morning before first light saw a floating bright light bobbing over water, soaring forward and shooting out a searchlight on distant clouds. It was like a very bright LED light. At first I thought it was a drone of some kind, but it was silent.

It appeared to be looking for something with the light beam. I waved to it and it turned towards me . I was on the coast with a recently started fire. It came towards me for a time and as it neared the coastline it turned away a short distance away and blinked off. I couldn't see it any further in the dark.

After seeing it I contemplated how often and how much must be happening in the world that we don't see or know about.

My sense is that modern people do not look at the skies, perhaps even avoid looking at the skies, and are incurious about what they may see there.

It's interesting that you say this, as I was never interested in the sky until my wife got me into it - she grew up in a tiny village in rural Canada where light pollution was practically nil.

I wonder if, as so often happens and as you've so often documented on your blog, it may be true that our forbears knew more than we knew and "portents" may indeed be discerned from the sky.