Worse than The Matrix - Christian understanding of the real-life covert, reality-manipulating rulers 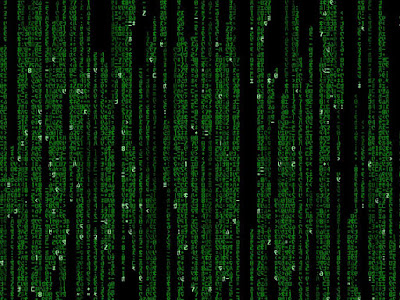 I watched all three of the Matrix movies a few weeks ago, and enjoyed them overall (although the fights went on much too long!).

I can see why they were taken as emblematic of modern society in terms of depicting the succesful, systemic manipulation of 'reality'.

But I found the basic idea of humans being used by ruling computers as 'batteries' unconvincing, and also not as bad as reality - not least because the computer rulers are not actively evil but merely machines working to a programme.

The real life Matrix - the false, manipulative reality of modernity by The Establishment - is ultimately run by actively evil demonic powers (evil being the subversion, corruption and inversion of Good).

Their aim for humans is much worse than physical exploitation for energy; their motivations are a mixture of short-term sadistic delight at suffering; and the long-term strategy of inverting the Good in all its aspects - creating a false reality actively embraced; such that humans will eventually choose to believe virtue is sin, sin virtue; beauty is ugly and vice versa; truth is an illusion, actively rejected; and the delusions of the Matrix are the real reality.

In sum, the real-life Matrix conspiracy aims at micro-control of all humans for the harming of humans - not for the benefit of of The Establishment: which situation is far more horrible than the movies. 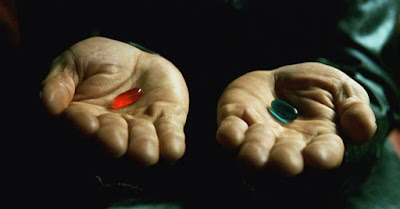 It was disappointing that the second and third movies were so much weaker than the first one. Not uncommon in movie series though.

@Dexter - I had heard so much about that - that they second and third movies actually exceeded my expectations!

In the original script of The Matrix the humans were not used as batteries. Their dreaming brainwaves were used as a sort of cloud computer to give the machines true sentience. Apparently, that was deemed too hard to explain so they changed it.

Most people were disappointed with the idea of humans as batteries. The original script had the humans put to use as a neural super computer but the executives said the audience would be too dumb to understand and made them batteries instead. A lot of evil concentrated in executive management.

@Joe/ Christopher - I am aware of that - but the movie is what it is, not what it might have been.