As a middle teen, and under the influence of Tolkien, when possible I used to get up very early on May Day and take a walk on Backwell Hill - keeping an eye open for wood elves, hobbits or whatever else might be evident. 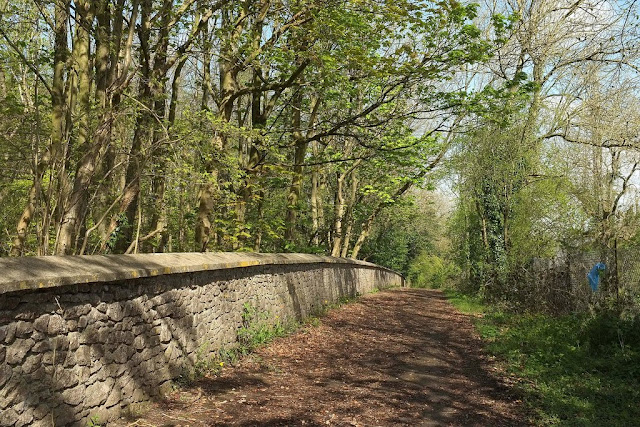 The importance of May Day, as a fairy time, was something I discovered from the Reader's Digest book of Folklore, Myths and Legends (1973) - which my favourite Aunt and Uncle had bought on publication, and which I read and memorised on holidays.

Later, after I became a medical student, post-graduate and staff member at Newcastle University; I celebrated May Day by attending the celebrations in the quadrangle 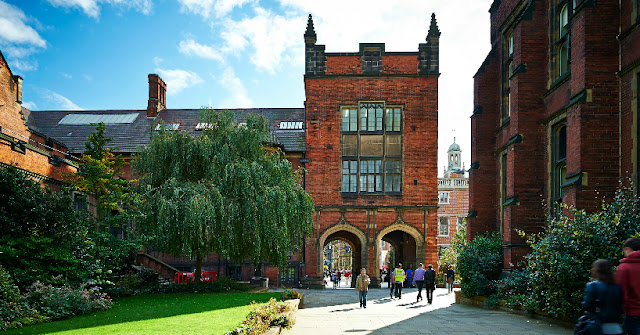 ...the highlight of which was the Rapper Sword dancing of the Kingsmen - our local variant of Morris to usher in the summer. 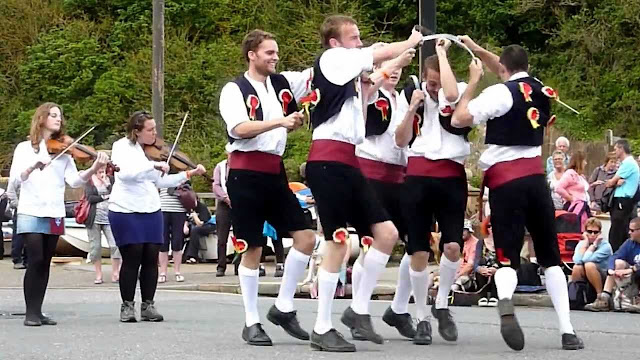 After which there would be singing of (what else?) Now is the Month of Maying, by Thomas Morley - the best known of all the Tudor 'Madrigals' from 1595:


This year? I took one of my usual walks - but this time saw the flowers on Beech Trees... something that I have never actually noticed before. 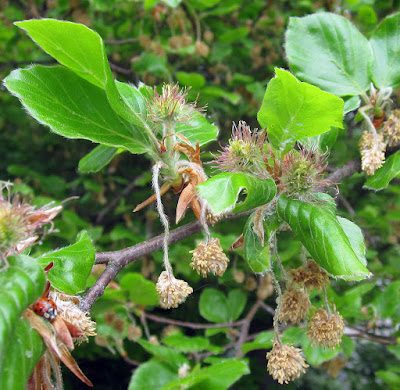 Yes, the flowers on beech trees are lovely. I have spent most of May Day translating an instruction manual (fun!), but I did manage to take a walk and noticed the elderberry bushes are beginning to flower over here, which is also quite lovely.

Unfortunately, I came across no elves or hobbits during my walk today.

I can remember rising early and climbing Arthur's Seat on May Day mornings. My memory is that we were meant to meet virgin maidens up there, but we never did. In fact, no maidens at all.

In your delight over nature, I shall not mention Walpurgis and Beltane. You wouldn't catch me out during these 24 hours.

Happy May, our Lady's special month!

I am very fond of beech trees -- especially ones that have grown without close competition so that they have grown wide rather than tall. I have one in my garden, and it is my favorite plant in the yard -- its beautiful silvery fat trunk, charmingly twisted, with branches embracing of all its surroundings. Mine is in "bloom" right now, too, but I'm not as fond of the flowers. For they fall in the koi pond, and they confuse the fish because they look like soggy floating pellets. By the way, the nuts are actually tasty. So, you may wish to harvest some this year.