The Snake-eyed ones: The Establishment and those they have corrupted 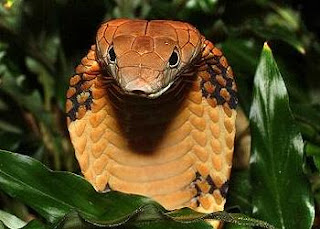 The situation seems to be that the whole of the developed world, The West, lives in a fake simulation (a 'Matrix') - mostly in the mass media but sustained by the official bureacracy, the legal system, education and so forth.

Reality is buried deep in the subjectivities of people - hardly, if ever, communicated. It seems the only way that any sense of this reality can be obtained is through the eyes.

To one who is not corrupted, the eyes are a give-away for those who have sold their souls. A normal human (not someone especially good, but just a normal person) has eyes which are a picture of their thoughts. We give ourselves away - or rather we reveal our common and shared humanity, by the eyes.

(Of course there are other ways too - but the eyes are the usual, and they are a kind of quick and sensitive shortcut.)

The corrupted ones have eyes that are blank like stones, like snakes - no matter how the face changes, no matter what is said or done, the eyes stay the same - staring, observing, gathering information for manipulation.

To any normal person, this is a horrible sight, something from which we turn with mingled horror and disgust - often with fear tinged with pity.

Much of modern fashion, technology and indeed the sexualisation of everyday life is designed to distract us from those eyes - the sunglasses, the contact lenses, the distracting hair, clothes, torso, legs, revealed flesh... They are all saying in different ways Look At This (Don't look at the eyes...)

But although we notice the blank eyes, and react with horror - we should not fear them - we never should fear; that is exactly what the snake-eyes are supposed to do - paralyse us with fear, make us submit.

Those who are themselves corrupted, the ones with the stony eyes, cannot actually read the thoughts of others - they have no empathy; all they can do is see that there are thoughts, that the person being dealt with is still a real person and therefore this needs to be dealt-with - sooner or later.

Some people try to hide the fact that they are alive and real from the snake-eyed, demon serving ones - but this cannot be done. If we learn to shiedl our eyes, so they do not 'give away' our souls we become like them - and the very act of trying to conceal our true natures from the snake-eyes begins to turn us into one of them.

I have seen this happen so many times - I mean the corruption of decent, real people into snake eyes - sometimes by fear, sometimes by greed and craving for status and success, sometime by trying to be cool or trying to avoid being mocked as a fool: always by self-deception.

Example: I meet again somebody I used to know and who I haven't seen for a while - and I can see in a moment, with a flash of dismay, the snake eyes - and I realise with a jolt they have gone over to the dark side.

People with normal eyes are good and bad, wise and stupid, likeable and loathsome - but they are at least people. The snake-eyed ones are functionally non-human, they live in the Matrix and believe it - even as they manufacture it, and that - for them - is both reality and nightmare (because their 'reality' has no bottom-line in truth, but is manipulation all-the-way-down to the nighmarish supreme entities).

Of course, somewhere buried-deep and walled-behind the unblinking, stony stare is a human soul - shrivelled,  despairing and unable to help-itself because actively rejecting of help. Beyond human reach - but not beyond divine influence, if such influence would be accepted.

What should we do in a world where humans are increasingly ruled by the snaked-eyed ones? And whereso many people, even children, are themselves becoming snake-eyed: we can see the shutters closing over their souls, or their vividly expressive eyes crystallizing into glittering stones.

It is quite simple: be courageous and loving and do not conceal the fact. Including; when we are confronted with snake eyes, and spontaneously feel horror and revulsion in our souls, let it show - don't try to block it.

And take whatever consequences... which may be good; and will anyway be much less bad than the consequences of imprisoning your soul and becoming youself one of the snake eyed.
Posted by Bruce Charlton at Friday, September 16, 2016

Interesting concepts discussed. Are you speaking of the eyes that gloss over in darkness while that person is enduring an internal rage, yet remaining outwardly composed?

@urant - Not really - I mean glass-like, hard eyes - that always have the same expression no matter what the context: like a snake coldly observing its prey.

Blair and Nicola Sturgeon I've noted have these eyes - both against. Brexit and pro EU. It is said their actually both Rothschilds furthering the evil EU globalist agenda. I don't find Sturgeons common touch homely Scottish lass persona convincing, I think there's more to her, and her eyes tell me this

@idsw - It is actually unusual to find any public figure (politics, the media, whatever) who does not have snake eyes - most (but not all) of those I have met close-up certainly do, at least partially/ hybrid.

I wonder if the 'snake eyes' phenomenon is related to Icke's somewhat more extreme idea about lizard people. I've never read Icke, but it always sounded like he meant that one is either born as a human or as a lizard person, rather than potentially changing from one to the other (as you describe here). But maybe I just have the wrong impression of what Icke means.

In any case- we all probably know examples of normal people having developed snake eyes, but do you know of any examples of the opposite occurring? It must be possible of course, but unfortunately no case I know of has ever gone this way.

@Bellis - You are right - it does seem to be mostly irreversible - but that can't be literally true: repentance is a possibility even though rare. And some people go through a snale-eyed phase in adolescence, from which they then recover. Perhaps that is because becoming a snake eyes in modern life is rewarded (in worldly terms); and maybe that would change more often if the incentives reversed.

Posts like this make me wonder if I might be one of those snake-eyed people. How would I know? I'm sure no one ever knows this about themselves. (I'm totally insensitive to this anyway; I've never noticed snake eyes even in others. A general aura of deadness and inhumanity, yes. It may be that this vague feeling is triggered by something abnormal about the eyes, but if so that perception is subconscious.) And unfortunately, "The fact that you can even ask yourself whether you're snake-eyed question proves that you're not" and "The fact that you can even ask proves that you ARE" sound equally plausible.

Are snake eyes something you can detect in a still photo, or is video (or face-to-face observation) necessary?

Could you perhaps provide examples of snake-eyed philosophy/mindsets? I understand a concept of a deadness/vibrancy in the eyes, usually evidence of a person's relationship with God, but I don't think that's quite what you're referring to.

@WJT- For what it's worth, the second of your two 'equally plausible' statements does strike me as rather less plausible than the first! Also, if you mean the things that you've said in the comments here over time, then you're not likely to be snake-eyed. Certainly I find it pretty difficult to imagine that you are.

As for diagnosis, I realised after reading Bruce's post that I've been sometimes spectacularly wrong in predicting people would be corrupt and sociopathic based on still photos and then learning otherwise (always 'false positives'; never 'false negatives'), though I hadn't previously thought of the similarity to snakes. There seems to be much in how the eyes change or move (or the fact that they don't), as well as other aspects of the general countenance, all of which tend to make video quite a bit more reliable, and face-to-face observation practically foolproof. Of course, some of the more extreme cases are so obvious as to induce chills of horror from a grainy Polaroid taken at ten paces. Such examples abound in online news and social media.

in terms of self-observation, the problem is the false selves which - to a lesser or greater extent - over-ride and imprison the soul. The snake eyes are a reflection that the soul has been locked away, and an artificial self has been substituted: ultimately by the forces of purposive evil.

False seves have various possible origins - they may come from advertising, education, propaganda etc; but quite often they are merely automatic and habitual behaviours, what Colin Wilson calls 'the robot' - they live life 'for us' - sometimes this is helpful and necessary, as when learning a skill such as driving or typing; but they also tend to take over reading, listening to music, and human relationships.

This is reflected in the usual 'glassy eyes' of most people who live in cities and have busy lives. Their behaviour is algorithmic.

The snake eyes, by contrast, reflect purposive evil - an attitude which sees the world as ultimately serving its own pleasures: manipulative, exploitative, often sadistic. Such a self may come from surrender to, service to, evil powers - or rarely be evidence of actually being an evil power, or else possessed by one.

So you ask how would we know? The answer, I suppose, as with all deep questions - is from the intuition of our true self - we would need to seek our deepest self and that will know. How to know if you have reached the deepest self? It is self validated.

The wrinkle is that we may choose to reject even salf-validating intuition, on the basis of some shallower principle. But I would say the proper way to proceed is to practice intuition, in both senses of practicing.