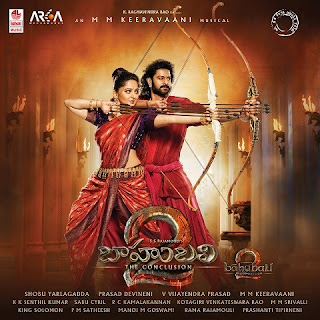 I shan't wish you a nappy NY because I have an aversion to that pseudo-celebration about which I have blogged before - yet I do get caught-up in the brooding and summarising - so what has happened?

1. Contrary to expectations, I am still blogging, at the same old rate of about one and a half posts per day.

2. This was a year in which I reached a further and deeper appreciation of the work of Owen Barfield - supplemented by a full engagement with Rudolf Steiner's early philosophy - culminating in a formulation of primary thinking which I have found helpful indeed.

3. One of the best events was a really enjoyable visit to William Arkle's son, Nick (and his wife Tara) which was a tremendous help in clarifying my understanding of the philosopher's life and character - discovering Nick's new Facebook pages on his Father's art works plus many personal photos was a very powerful experience.

4. 2017 was the year in which I listened to eleven volumes (1-8 and 12-14) of Robert Jordan's Wheel of Time on audiobook - about 500 hours of listening... I got a great deal of enjoyment from it, and was several times moved to tears - although I would have to regard it as a Fantasy serial-by-instalments, rather than any kind of 'novel'. There was a sense of stringing-it-out as the series progressed, which is why I skipped the final three Jordan-solo volumes to get to the Brandon Sanderson completion. I can't regard the ending as very satisfying, since it seemed to go on forever (the Last Battle lasting many hundreds of pages, and the need to finish-off the arcs of dozens of character and plot threads becoming rather tedious to me). Still, I am glad to have 'read' it, and it was a good experience to live in that fascinating world for an hour or two a day.

5. The British Establishment/ secular Leftism/ the demonic agenda resumed normal service after the scare of Brexit was neutralised. Partly as a consequence of this - as well as Barfield/ Steiner - I got a clearer understanding of the nature of the prevailing and increasing totalitarianism; and how I personally should respond to it.

6. The main lesson of the year is to reinforce that the most important thing is metaphysics: to examine our primary assumptions; because they are what is dooming us.

7. A wholehearted recommendation is to watch the two-part Bollywood epic fantasy movie Baahubali - which is tremendously inventive and enjoyable: a kind of Indian version of the Lord of the Rings films. The battles are remarkable: hundreds upon hundreds of people get killed - but never in the same way twice! There is beauty, humour, love and a mythic feel - plus a tremendous amount of corny-ness, absurdity, and a nearly-total lack of restraint.

I also have an aversion to the empty bombast of new year's eve and all the fake celebrations at midnight. Can we in a certain sense date the end of England to 1974 when Jan 1st became a public holiday in England? Not really, i know, but it's a convenient peg to hang a fact on.

Bruce, I love your blog! Very inspiring, and I hope you keep it up many years to come! I don't read many blogs daily, but yours is one of my tops.

What I think most people miss is that the Wheel of Time was an excellent and narratively complete trilogy. Each book in the trilogy was narratively complete in itself, and an integral part of an overall narrative arc resolving the primary dramatic tension which initiated the series: Was Rand al'Thor the Dragon Reborn or another False Dragon?

But the fans demanded more books with the further adventures of the characters, and while these were fun they were in no way part of the original work. Jordan was a professional writer, so he obliged without complaint. But the expectation that the additional works would have any serious narrative integrity with the original trilogy was always going to be disappointed.

Does this have any additional lessons for other contemporary issues? I really don't know. Audience demand for expansion of beloved stories has been motivating production of derivative work probably since fiction was invented. I can't say I see it as an especially modern problem or one with any really deep connection to more serious social pathologies in any era. I don't even mind derivative work as long as it is enjoyable and doesn't pretend to be anything other than what it is. I quite enjoyed all the continuing adventures of et al'Thor that I read, without feeling any need to read any that I might have missed.

I always suspected the Brexit referendum would not be honored. Politics certainly has less relevance than metaphysics, though I am more concerned that people acknowledge and understand their metaphysics than what their metaphysics are. Perhaps that's my true metaphysical stance.

@CCL - That seems like a good way of regarding the Wheel of Time. I agree that the meanderings of the later volumes was a reasonable way of enabling fans to experience more of the world; also there was some good long-term character development for Mat and Perrin.

As for finishing the whole thing - novelistically it would have been better to have a much shorter and simplified final battle; with left-over loose threads dealt with in an Appendix, as Tolkien chose.

My main quibble is that at the beginning WoT had a strong narrative metaphysical spine, concerned with the nature of prophecy and the Wheel itself - this being quite distinctive, and very different from Tolkien. I sensed this was the real reason that Jordan was writing.

I found this very gripping in the early volumes as it was set-up, but it pretty much petered-out in the later ones and was never convincingly brought to a conclusion.

2017 is when I became a Christian. I was already on my way, but now I've sort of landed. None the least after I discovered your blog, which has reaffirmed my own belief. It's not so much that I've "become" a Christian than I realized I already was one (although that might sound strange). Jesus is just such an amazing person that the entire story and message of his birth to his crucifixion, is worth living and dying for. What he did and endured just to show us the way is unbelievable and echoes in eternity. Therefore I chose to "opt-in", as you would say, and I'm going to church. It's hard on the one hand, because I've become much more aware of my sins, but I look forward to my Christian future.

Btw excuse me for using the meaningless, commercial "happy new year"-phrase. I shall say - Happy Christian Year! And by that I don't mean more "peace" - but more justice!

For me, the taking of Callandor, fall of the Stone, and crispy corpse of the bad guy (being of course only the tool of evil, not the ultimate foe) were a sufficient resolution to the question of whether all the other prophecies were valid. Up to that point, the events were within the realm of things that could be produced by good planning and extraordinary abilities of people who wanted them to happen. But the end of the third book basically is a validation of...the Wheel of Time, the inevitability of the Dragon Reborn restoring the world, even as it's revolutions incrementally purged it of terrible evils.

When the fourth book came out, I was like "but the story is over." Not that I didn't like the additional books, I just didn't see what they could add in the way of dramatic tension. And they really didn't. I'm glad that a provision was made for those readers who were left in doubt about the outcome, though.

@CCL - I think you are right about the narrative structure. I think Brandon Sanderson has taken up the structure of the first three books in his work - including structuring his ongoing Stormlight series in groups of novels. I wonder whether he will be able to suceed over the long haul...

Up to a certain point, writing more is favorable to writing better. But where that point is differs from one individual to another.