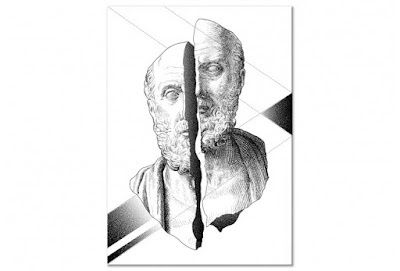 Socrates's older brother, Mediocrites (c 485 BC-?), is regarded by most modern Westerners as the most successful and (therefore) most emulation-worthy of all philosophers; although (because?) we know nothing specific about him; and he never said, did or wrote anything interesting, honest or of any value.

While Socrates was condemned to death by poison, having published nothing; Mediocrites success was objective and permanent - he was (it is supposed) given the highest honours of the Athenian democracy, paid a lavish salary, put in charge of all political and social institutions, and granted power of veto over all major public projects.

From contemporary accounts it seems that Mediocrites did have his name upon numerous essays and books, and often spoke at large public gatherings; but it seems that nobody remembered anything Mediocrites said, nobody bothered to preserve any of his writings... indeed nobody can remember anything about him!

We have detailed descriptions of Socrates's appearances, and manners; he attracted eminent followers; his words were transcribed; and he was parodied by the great playwrights of that era. But despite his brother's much greater success, Mediocrites remains a mystery wrapped in an enigma. We know he did a lot of things but not what any of these things actually were...

Whereas Socrates is unknown, despised and his model of religiousness, truthfulness and integrity have become the most hated and persecuted of values; Modern Britain, and indeed the world itself, is run entirely by the disciples of Mediocrites.

Plato (and Xenophon) both recorded the Apology of Socrates, the defence argument at his trial. Despite its philosophical and literary greatness, the statement did not 'work' then, and it would not work now.

But success is the Apology of Mediocrites - the justification for his life. Medicrites won, and that is all that needs to be said.

"We know he did a lot of things but not what any of these things actually were... "

Agree. This is very good.

I thought it was monday for a moment there...

Thanks for the compliments!

@Chuckles - I recognise your name from Nourishing Obscurity... Good blog: