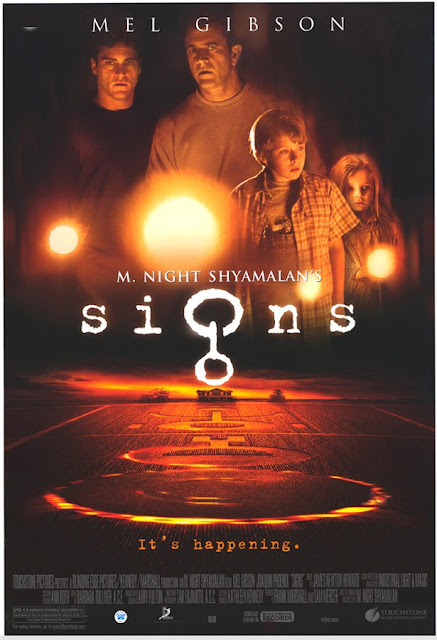 People break down into two groups. When they experience something lucky, group number one sees it as more than luck, more than coincidence. They see it as a sign, evidence, that there is someone up there, watching out for them.

Group number two sees it as just pure luck. Just a happy turn of chance. I'm sure the people in group number two are looking at those fourteen lights in a very suspicious way. For them, the situation is a fifty-fifty. Could be bad, could be good. But deep down, they feel that whatever happens, they're on their own. And that fills them with fear.

Yeah, there are those people. But there's a whole lot of people in group number one. When they see those fourteen lights, they're looking at a miracle. And deep down, they feel that whatever's going to happen, there will be someone there to help them. And that fills them with hope.

See what you have to ask yourself is what kind of person are you?

Are you the kind that sees signs, that sees miracles? Or do you believe that people just get lucky?

Or, look at the question this way: Is it possible that there are no coincidences?


The above is a quote from the very interesting 2002 movie Signs, written and directed by M Night Shyamalan and starring Mel Gibson as a widowed single-father ex-priest (implicitly High Church Episcopalian) who has lost his faith and quit his ministry.

The movie is superficially 'about' an alien contact event, presaged by crop circles (some of the 'signs' of the title); but almost entirely from the perspective of how it effects a family consisting of the father and his brother (who lives with them), and the two kids.

It is not immediately obvious, but the whole movie is actually 'about' that first question - about whether life is significant and therefore things that happen in life are 'signs' - or whether life is meaningless, purposeless and 'stuff just happens'.

It turns-out to be one of those movies in which almost everything has a role in the plot; and things become clear (for us and the protagonist) only at the very end.

I found it gripping throughout (the mystery and tension are very well evoked, with minimal means) and thought-provoking - it keeps coming to mind...

Swing away ....I agree this is a powerful film,not sure if it's Catholic theme was understood that well by much of the audience though! The Village is also quite good I think.

@David - I didn't feel that the movie had a Catholic, nor even a specifically Christian, theme - I'd say it was 'theistic' in assumptions; implying that this is a created world, and the creator is a person and benign.

The implication is that prayers of Christians, Jews, and Muslims had something to do with the good resolution of the alien invasion -- this comes in, in the last 15 minutes or so somewhere, in a TV broadcast.