Metaphysics versus History in Christian evangelism 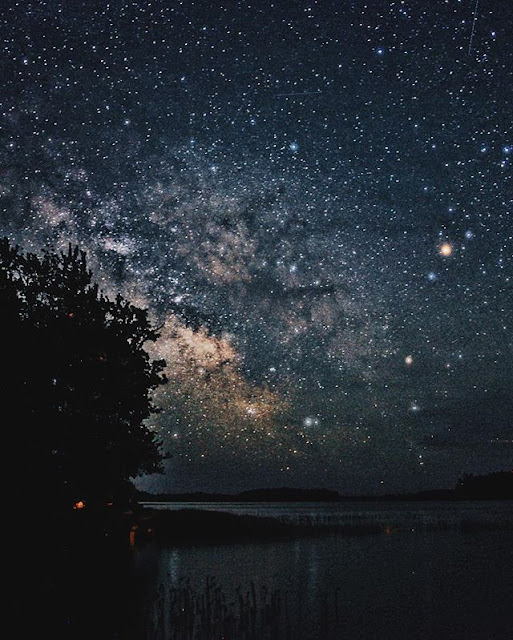 A big factor over the past fifty-plus years has been the decline in history as a solid basis for life. This has happened in two ways - first, a loss of faith in the accuracy of history and the objectivity of interpretation; so that people are much less confident about the meaning of any piece of history.

Secondly - and related - the facility with which the modern fundamentally-Leftist media apparatus (which now includes the educational and academic systems) is able to generate and propagate 'history' on demand; in order to manipulate the masses (for example the dominant and fake histories of feminism, sexuality and slavery).

Between these; history has become merely an arm of the totalitarian bureaucracy; imposed and changed at convenience, by means of incentives and sanctions. And, on such a basis, any history supportive of Christianity is excluded, because opposed to mainstream, official, Establishment-sustained history.


An effect of this general trend has been a decline (or complete loss) in the ability of historical documents such as the Gospels, to provide a solid basis for Christianity. This applies most strongly to Protestant Christianity, but has affected all types.

Historical documents nowadays seem an insecure basis for faith - with all their problems of translation, incomplete survival, insertion and deletion, unsure and contested interpretation etc...

Secular ideas and interpretations, by contrast, are uncritically sponged-up; being mostly unconsciously and implicitly imbibed due to the (unarticulated and unacknowledged) assumptions of the entirety of Western public discourse - which assumes (works on the basis of) a wholly materialist world of 'things'.


The entirety of public discourse therefore acts as 'proof' for secular materialism, and a utilitarian, hedonic morality - no argument is needed; but if asked-for, all elements of public life (politics, law, mainstream religion, economics, media, education, the military, science etc) support all other elements in their exclusion of divine and spiritual matters.

As I said, all this is mostly assumed, unarticulated and unacknowledged - it is not 'proved'. Not proved because such metaphysical (primary) assumptions as materialism are not amenable to proof; but on the contrary they define what counts as proof.

Thus a materialistic metaphysics excludes all possible evidence in favour of the reality of the spiritual and divine; only materialistic factors are acceptable explanations. For instance; every alleged miracle (as possible 'evidence') must/ can/ will be (necessarily) explained-away in terns of error, insanity, stupidity or dishonesty.


So this is the situation in which we find ourselves. Nearly everybody who is active and competent in public discourse has (in order to attain this position) absorbed and uses exclusively the mainstream materialistic metaphysics. At the same time, this person will deny any such assumptions, but will assert that all their views are derived from 'evidence', or are merely 'pragmatic' - and directed at common-sense improvements in the well-being of people-in-general.

And in making this false statement, he will be supported by the entirety of powerful/ wealthy/ high-status organisations, and corporations; by all the acceptable nations and all the supra-national and global institutions.

Thus the modern world is trapped, and indeed traps-itself; by having false and socially-lethal assumptions that cannot be named, explained or challenged because they are understood as having derived-from objective 'evidence'.

By becoming imperceptible and implicit; modern metaphysics has become an impenetrable barrier to truth.


Yet, the only way of correcting error, of knowing truth, of providing meaning, purpose and relatedness in life - must come via the challenge to modern metaphysics: must come via making this barrier perceptible in order that its reality and nature can be known.

The only way I can imagine doing this is by presenting an alternative and true metaphysics, in a hypothetical spirit; and inviting other people to consider it seriously. Inviting others to 'try it out' in their own lives, and observe what is the effect.

The trouble is that any genuinely and fully-alternative, non-materialistic, metaphysics will sound ridiculous, absurd and obviously wrong. It will seem to be contradicted by Everything in modern public discourse - which is, in a sense, absolutely true; because anything non-contradictory is excluded from public discourse, and all public discourse derives from the covert assumptions of materialism.


Regular readers will know that my own metaphysical assumptions (that this is a world consisting of Beings in Relationships - that everything is alive, conscious, purposive - or a part of something that is) sound absolutely foolish, like mere childishness or wilful perversity.

Such a set of assumptions will not be understood, let alone entertained; despite (or because) we all of us once held exactly such beliefs as young children, and it is believed (history again!) that all human societies originated in such beliefs - such assumptions, which apparently still survive in some parts of the world.

Thus the mass of Men ideologically imprisoned with 100% security, and zero chance of escape.

Nothing external prevents re-examination of metaphysical assumptions; nothing actively compels any individual to exclude the belief in a world of living, conscious, purposive Beings - yet, in actuality, in daily living; such assumptions are made to seem absolutely impossible - like holidaying on a distant star.

Your own metaphysical assumptions are neither foolish nor childish. They are what used to be known as 'common sense'
America's Declaration of Independence states "We hold these truths to be self evident...."
And where did that phrase come from? It came from Thomas Reid and others in the 18th century's "Scottish Common Sense Realism" -
https://en.wikipedia.org/wiki/Scottish_common_sense_realism

See also this book by Robert Curry - (he has written a 'sequel' published last year)
https://www.goodreads.com/en/book/show/24693690-common-sense-nation

@John - The trouble is that modern 'common sense' (which *everybody* knows - taught in schools and from the pulpit) has it that men can turn into women (and vice versa, and back again, if wanted) and so forth; and that to deny this (and the necessary castration/ spaying/ mutilation and and hormone drugging of children) is to (what did that UK judge say?) contrary to SCIENCE, as well as human rights.

And of course every school-kid (plus multi-trillion dollar SCIENCE) *knows* that human action can control future global climate (down to less than one degree precision, acording to official UN reports!).

Goodness knows what Hutcheson, Reid, Stewart et al would have to say nowadays!

I appreciate the connection you have made between history and metaphysics here. Winners write history, and as you point out in in this post, it is abundantly clear who writes history today. This control/distortion/obliteration of history has indeed had devastating effects on our concept of metaphysics. We are very much at the point that any discussion of metaphysics will be treated with suspicion or disdain.

I often touch upon Hungarian history, but I hesitate to go into any great detail about it because I know most people in the West simply would not get it. Not because it is foreign or obscure, but because they have been pre-programmed to instantly reject the metaphysical aspects underscoring the events just as readily as they have been pre-programmed to reject the metaphysical aspects of their own individual lives.

As a teacher myself, albeit not of history (or 'social studies') itself, I think a huge gain for the enemy was the trend of teaching "thematic" history instead of chronological history. Young people have no sense of time anymore - no sense of an order of events, this happened before that, cause and consequence...it's all just a random hodgepodge of 'events', 'trends', and so on. Thus the idea that Christ fulfilled...well...anything is just too much for them to take in and comprehend. Even the ancients at least had a sense that history was cyclical...moderns have no sense of history at all.