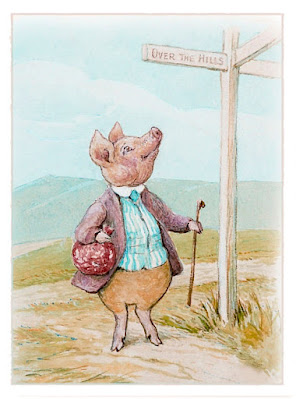 Hero of our times?

Francis Berger has written recently of the stunningly 'bland' mass acceptance of... whatever latest lying evil is imposed on the world

Indeed, the toughest lesson to learn is Not to indulge in 'crystal ball' gazing - nor to expect that things will get-better. But instead patiently to await what life brings; then to discern and know the situation for what it spiritually-is...

Then to respond with what is right (which I can know - clearly - by inner intuitive guidance or by revelation). And therefore not passively, unconsciously, un-thinkingly to do what is socially-expedient or advocated; nor what is supposed to lead to the some (supposedly desirable) anticipated future outcome.

For most people Life is business as usual; or else they regard the heroism of these times in light of an inverted value system where evil-motivated threats are regarded as the saviors of Mankind.

But that, in itself, is a measure of these epically heroic times; since each Man is truly in the situation of an agent of God who must dwell (until he dies) inside the fortress of the Dark Lord; working for and among his servants and slaves.

Yet this life among evil is not a punishment nor necessarily a test; because we each were placed here for a reason; and each has lessons to learn which our daily experiences in this Black Iron Prison are well designed to teach.

What these may be, we cannot know in advance - hence the excitement and anticipation of each day... Not only because terrible things might happen (which they might); but also because great things may happen - and we need to be ready.

Explanatory note: The illustration is a visual pun featuring Beatrix Potter's character Pigling Bland. Of course, Pigling eventually knew and did the right thing. Is Pigling bland? Only by name, not nature.

"These times remind me more and more of Solzhenitsyn taking about the secret police coming to arrest people in the night and people assuming it was all a terrible mistake it would get sorted out at the police station as they were innocent, of course they got sent to the Gulag despite always wearing their masks getting their pecks on time and having their Birdemic pass.
The heroism is to resist all this as best you can most people think they will be OK as long as they comply they think they will never go to the Gulag."

For heroism, one must know how to hero.
They must also know what to hero for.
I dont know answers save for one thing. There is a vast difference in strife found in between an ascending civilization and a descending one.
Perhaps the real hero is one who has the courage to step aside and let bad come to the bad. Too much hero programming is about "saving people". There was only one hero who could save people. The rest of us are just as fleshly as the winter wolves that used to cull the stupid.

@DJ - Everybody knows how to hero - just do what is right when it is important, but costs to do it.

In this respect we don't need to go looking for heroic situations, they come to us and cannot be avoided.

The problem is that the media idea of heroism ends with some equivalent of a tickertape parade and cheering crowds; whereas in real life nowadays the hero gets ignored, ridiculed or demonized. The accolades go to actors (generic), psychopaths and obedient middle managers

Recognition for genuine heroism comes only after death in the next world. That's why there are so few heroes around now - because modern people look no further than the comfort, convenience and pleasure in this mortal life - and with a timescale that gets ever shorter.

Speaking of Solzhenitsyn: “Let you credo be this: Let evil come into the world, let it even triumph, but not through me.”

There is something very strange going on. Most people even refuse to see what is happening. The just accept whatever is thrown at them.

Their "freedom", such as it is, is now contingent on a "passport" that needs to be renewed every six months or so, always through a new injection. And this, that would seem like a bad science-fiction dystopia plot just two years ago, is accepted by most people without even a shrug of the shoulders. Whoever complains is the one who is seen as a crazy person.

But they cannot even possibly believe anymore that the increasingly draconian rules are "making us safe" or have anything to do with a pandemic, either real or imaginary, because, well, if the injection lasts for only six months, then how good or how protective can it really be? And if your "freedom" is contingent on a pass, that lasts such a short time, then how "free" are you, really?

But I am amazed at how most people don't even see it. They don't get angry, don't complain. I don't know. I can't explain it. There's a general mood of "this is how life is now". It's really like "Invasion of the Body Snatchers".

@Z - Well, I believe I understand it, and the situation now has been building (and being prepared) over several decades - as explained on this blog; but I still can't get-over how deep and pervasive is this strange situation.

I am aggrieved as a Western Armenian, that the "old" enemy is still viewed as being the greatest threat to Armenia. I have not seen any mention of the post war years and the persecution of the Russian Imperial subjects by atheist communists, and Armenia's current "second liberation."

It may surprise people to know, whatever they may think of him, that Nietzsche advocated an aristocracy, as if he thought Plato had something going on that was right. Nietzsche likewise denigrated "hoi polloi" as cattle, batting their eyes at the flies and chewing cud in complacency.

Before one follows their judgment brought about by intuition, they must regain that intuition. They must remember who they are, yet this is made intolerably difficult by the need to slave for the system that keeps its people ignorant. There are enough clues to get one out of it, but the masses have no escape. Bless Us.