The sense in which we already 'know everything', and just need to realise it 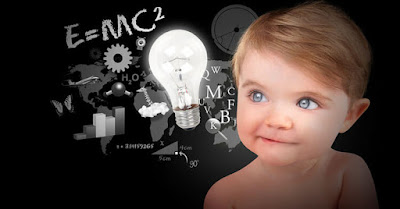 At first sight this seems a ridiculous idea, that has apparently been refuted by the great accumulation of knowledge through human history; but I believe there is a sense in which the broader argument is indicative of a profound insight - and this is why the argument has been taken seriously for more than 2000 years (ie. since Plato).

In modern society adolescence is (spiritually) usually where matters stop - what we call adulthood is not 'maturity' but merely a sustained and degenerate adolescence. Modern 'adults' have lost their  spontaneous natural knowledge (instead just passively absorbing propaganda and hypothesies from 'society') and they live in a cut-off state of self-consciousness (so cut-off that it doubts and denies even itself).

The task of adolescence ought-to-be to change that descending line of knowing into an arc - rising in adult maturity to reach the same kind of spontaneous and universal knowing that we began-with - but this time it is conscious knowing.

I say adults potentially know everything, because the process of discovering-what-you-already-know is linear and happens in-time; so it would be more accurate to say that knowledge is un-bounded, open-ended, and tends-towards a situation of knowing everything-that-can-be-known - always from the perspective of a single self.

This scenario is, presumably, why all real learning - all knowing of truth - has the distinct feeling of being a realising, a remembering, a recognition... true knowledge is always 'familiar' - we always feel that we 'always knew that' but had never articulated it. I'm saying that we always Did know that - but did not realise we knew it, and could not use that knowing until after we had articulated it.

I know the feeling you're talking about, but in my experience it only accompanies the learning of certain more "philosophical" or emotionally charged truths. I don't think many people ever have the feeling that they "always knew," say, that Mirabeau died in 1791, or that the red blood cells of mammals lack nuclei when mature, or that Sumatra lies to the west of Borneo. It might be worth thinking about which specific kinds of truth are apt to feel "familiar" and which are not.

@William - Well I suppose I mean particularly 'truths' rather than 'facts' - because all of the type of facts you refer to may be wrong (in one way or another) - they are exactly the kind of thing that gets disproven and revised by academic research, maybe several times over.

Also along with 'facts' goes what might be termed 'hypothetical models' which are those things used in applied science, engineering, medicine etc. None of these are true, they nearly all get disproven or revised sooner or later - but seem (until they go wrong) to be of practical value.

Certainly, in the rare moments when I have done real science I get the feeling of having always known - but then there is the problem of translating knowledge into language, and communicating the language - so in practice the certainty of truth, its absolute nature, is lost in transmission.

But the idea is that the directly perceived truth is the same for everyone.