The Rithmatist by Brandon Sanderson (2013) reviewed 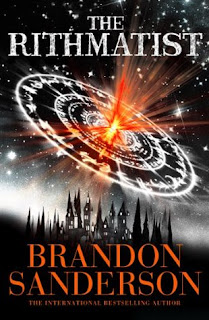 I have recently finished my fourth or fifth read-of/ listen-to The Rithmatist by Brandon Sanderson (published in 2013) - which has taken its place as one of a handful of children's fantasy books that I genuinely love (others in this select group being The Hobbit, Narnia, Wind in the Willows, and The Prydain Chronicles by Lloyd Alexander).

The Thing about The Rithmatist is that it is technically unfinished; as the book was intended to be the first of a trilogy. And in reality is never can be finished - at least not in the same fresh carefree style of this first volume.

Brandon Sanderson tried to write a second volume, but apparently got blocked by worries/ threats relating to political correctness - he calls them sensitive topics - apparently about writing about a re-imagined history of Native Americans. If there is one thing that absolutely blocks writing in a fresh and carefree way, it is trying to be sensitive about the 'concerns' of evilly-motivated Leftist activists...

So even if the trilogy gets completed in terms of plot and event, it cannot now be done in the style of the first volume (not least due to a seven plus year gap in which Branderson has published a very large number of other works).

Luckily, The Rithmatist works just fine as a stand-alone volume. There is a lot of humour, likeable characters, adventure and peril - set in a 'clockpunk' universe with a highly original yet convincing hard-magic system, based on animated chalk pictures (!).

It has, like Tolkien, a wonderful sense of 'depth' to the story - with all kinds of convincing hints of a deep backstory; including serious religious elements - since, unusually for a modern fantasy - there is a very Christian-like religion at the heart of the story (Sanderson is an active Mormon).

Best of all, The Rithmatist has a Good Heart; it is a warm and humane book - as must be all those books that I really cherish.

Comment from Arakawa: "In fact for someone who sets out to write sincerely in the present day it’s almost too easy to handle questions of cultural sensitivity. If you write only about your own culture, you are guilty of parochialism. If you write about cultures you are unfamiliar with, you are guilty of appropriation. Since the standards are impossible to satisfy anyways, you may as well not even waste the effort on trying. And one may think minority or designated group authors are protected from this and some of them could write what they want, but it’s not hard to find examples suggesting that anyone can be reframed as victim or as aggressor in the culture war — the latter if they write something politically inconvenient.

"Of course, publishing the work is another story entirely... but if the choice is between writing for money and fame or writing sincerely? That’s just things coming to a point. Considering that significant writing in the Soviet Union was produced under samizdat conditions, with no real guarantee of an audience, clearly reaching an audience is not strictly necessary to motivate significant writing."

@Ara - Yes I agree. It is a particular problem of being a professional writer, who relies on selling books to make a living; and a reason (especially nowadays) why professional writers work - after a while - invariably has a ceiling on its quality. There may be a lot of it and it may be very good indeed; but is not *great* (and why any great work nearly-always comes early in the 'career').

Comment from Arakawa: "There are further problems with the notion of a ‘professional writer’.

"As it happens, long before I had any serious interest in these topics, I had the treat of attending a depressingly honest talk by a Real Professional Author.

“After you publish your first successful Book,” griped the Author, “you stop being a Writer and become an Author. There is a very big difference. A Writer sits and writes. An Author goes around and gives interviews and talks (like this one) and does book signings and works on Deals. Occasionally he or she has some time to write.”

"Based on the Sanderson quotes at the link in the blog article, the sheer number of conventions and interviews which Sanderson attends in order to be asked why the Rithmatist sequel hasn’t been finished seems to corroborate this view."

@Ara - Yes, and this produces 'writers block' in some.

Branderson, however, remains so vastly prolific that his case must be somewhat different.

Nonetheless, such activities do take their toll, and have meant that BS has fallen behind on several deadlines he expected to be attainable. For example, the (massive, c1000 page) Stormlight books were 'promised' to appear once a year for a decade; whereas the gap has been two or three years (three volumes in seven years); which means that the projected 10 book series is unlikely to be finished.