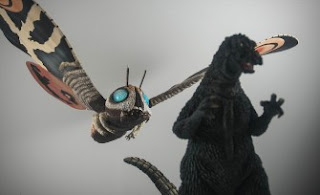 For the second time in two years (and never before in my life), I have suffered moth attack - so that three out of five of my woolen pullovers have a ragged hole in them.

But how? I threw-out fully half my wardrobe and washed all the rest; we found a horrendous nest-origin among an old, semi-hidden box of wool and knitting needles; we wiped, hoovered, swabbed and sprayed - We felt safe...

Eventually under the wardrobe I found a small, felt, Tyrolean hat I had kept as a memento from childhood; and inside was an horrendous moth headquarters and fortress. It had lain there, secretly incubating for two years.

So now, at last, we are All Clear. 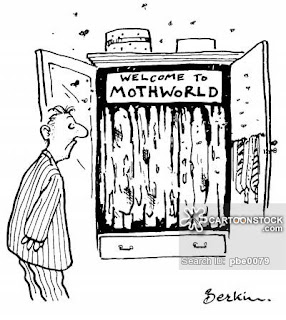