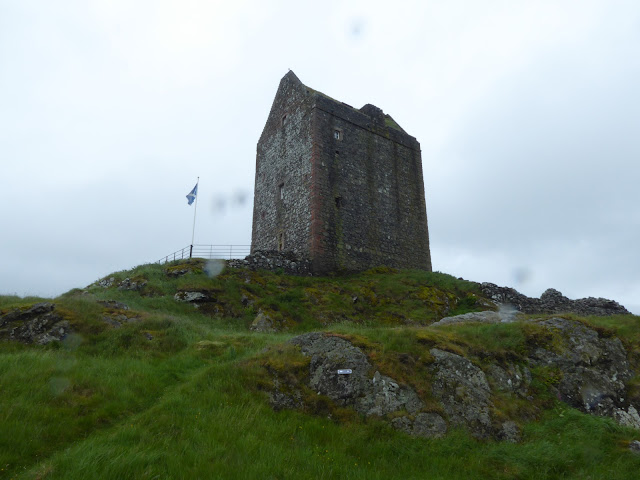 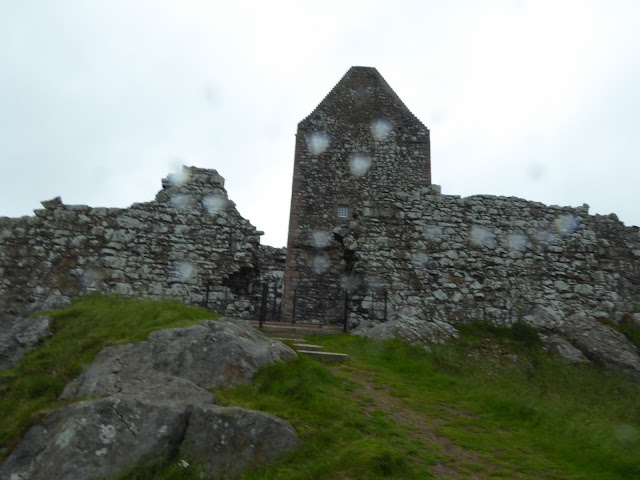 Rain on the lens is the guarantor of authenticity...

I recently had a very enjoyable visit to Smailholm Tower, near to Kelso in the borders of Scotland. This is one of the finest remaining Pele (or Peel) Towers which are scattered across the borderlands and beyond (there are several within a few miles of Newcastle upon Tyne; and we are about 60 miles from the Scottish border).

Peles are essentially miniature castles, and the best defense against raiders during the era of the Border Reivers (lasting for a few hundred years up to the early 1600s). Smailholm was the 'ultimate' pele - verging on a castle; in that it had a superb vantage point atop a rocky outcrop, and a solid outer wall enclosing a 'barmkin' containing a feasting hall and some other buildings.

Whereas I get the impression that most peles were simply meant to be an overnight shelter against small, mounted raiding parties until help from the rest of the surname (clan) arrived in response to a signal fire. A solid oak door might protect the cattle etc. below, and access to upper levels only by a ladder and trapdoor above the beasts. Indeed, peles merge-into the lesser 'bastles' which are fortified houses, with a raised, defensible door up some external stairs (again, the animals were kept below). 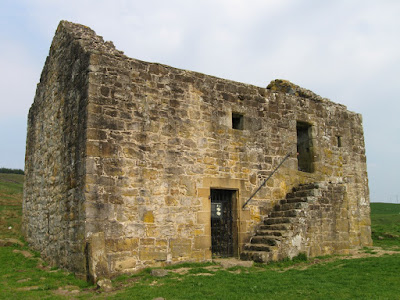 Anyway, it was well worth a visit (thanks also to the informed enthusiasm of the manager, Paul), and contained much more than we had expected. The displays (concerning the Reivers, Border Ballads, and Walter Scott) were illustrated by crafted dolls, which I found surprisingly effective. 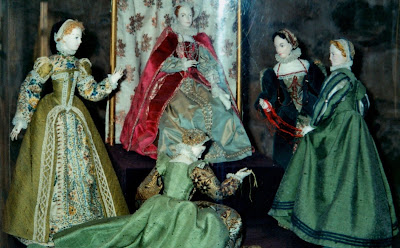 Smailholm was once well known from a passage in Walter Scott's Marmion, referring to a period of his childhood when he was convalescing in a nearby village, and how the tower stimulated his imagination.

And still I thought that shattered tower
The mightiest work of human power;
And marvelled as the aged hind
With some strange tale bewitched my mind,
Of forayers, who, with headlong force,
Down from that strength had spurred their horse,
Their southern rapine to renew,
Far in the distant Cheviots blue,
And, home returning, filled the hall
With revel, wassail-rout, and brawl.

Methought that still, with trump and clang,
The gateway's broken arches rang;
Methought grim features, seamed with scars,
Glared through the window's rusty bars,
And ever, by the winter hearth,
Old tales I heard of woe or mirth,
Of lovers' slights, of ladies' charms,
Of witches' spells, of warriors' arms;
Of patriot battles, won of old
By Wallace wight and Bruce the bold;
Of later fields of feud and fight,
When, pouring from their Highland height,
The Scottish clans, in headlong sway,
Had swept the scarlet ranks away.

While stretched at length upon the floor,
Again I fought each combat o'er,
Pebbles and shells, in order laid,
The mimic ranks of war displayed;
And onward still the Scottish Lion bore,
And still the scattered Southron fled before.

From Marmion by Walter Scott

The best think I've read on the reivers is Graham Robb's The Debatable Land. It also contains fascinating curiosities.

@d - I still like best the first - George Macdonald Fraser, who opened-up the whole subject for me in my teens. I've only skimmed through Robb, clearly a skilled writer; but was put-off by his Lefty attempts to make history 'relevant' to the LRB/ Guardian readership (e.g. stuff about the Scottish Referendum and Brexit)...

I am going to say something, which may sound monumentally dumb, but honest-to-goodness I have never understood it, which is this: how is a tower (or castle, etc.) like this a "defence" against raiders? So the raiders come over, looking for plunder, and their foes... hide out in the tower, allowing the raiders free rein to maraud and steal whatever they please? I don't get it.

@Matthew - These were grazers/ herders, mostly of cattle - also sheep; so nearly everything worth stealing was (crammed) inside the tower overnight.

It wasn't perfect, but better than the alternative.

Okay, see, I have never understood that. Comes of living in a country where there aren't towers in every second backyard, I suppose!