The Nebby Nurse type - a nightmare vision of the future 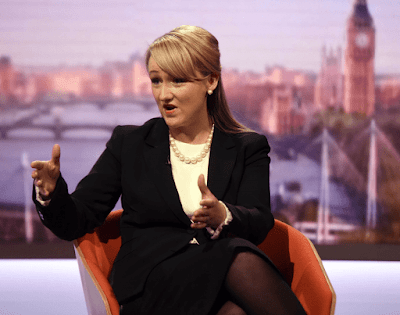 There is a Nebby Nurse type, to use some Geordie dialect. Most aren't nurses, most nurses aren't nebby (poking their nebs/ noses in everywhere, all of the time), but when they are...

The Nebby Nurse is all too common, because encouraged nowadays. It's when you're in a mixed group of men and women in a pub or on a committee, and there is one of those women who is neither attractive, nor charming, nor interesting; but so full of her opinions on everything that she takes-up nearly all the conversation, and sucks the life out of everybody.

In modern bureaucracies these girls can go all the way to the top, and they want to - because that gives them abundant victims to herd into 'meetings' and harangue endlessly.

They want women to run everything but most decent women dislike meetings, and don't want to boss people. So we get Nebby Nurses running everything.

It's a modern version of Orwell's nightmare. If you want a vision of the future; imagine A Nebby Nurse whining in your face, Forever...