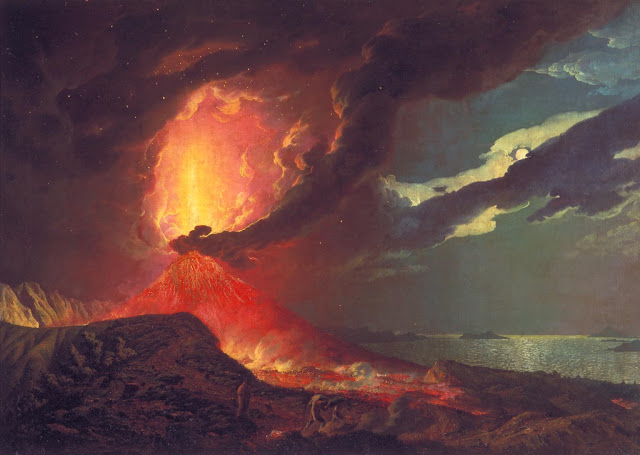 Vesuvius by Joseph Wright of Derby

Blake is complementary to Shakespeare; because if Shakespeare represented every kind of man except the mystic, Blake could apparently conceive of no other!

To Blake, logic is something that has to be, not ignored, but conquered

Imagination and the redeemer are almost synonymous; and Albion is a symbol for universal Man...

What does it mean to 'build Jerusalem in England's green and pleasant land'? What can it mean except to rise from the Consciousness Soul to the Imaginative Soul?...

The 'Satanic Mills' which have arisen in England since Blake's time, will never be thrust down from their hideous tyranny until those Mills of which he actually sang (that is, the dead thinking of Newton, Locke and Hobbes) have been burst asunder from within.