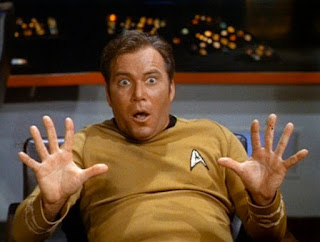 On the one hand, we all know that the mass media is both entirely dishonest and evil-motivated (and only uses truth to make lies more plausible - and only uses good to make evil palatable); yet, on the other hand, there is a strong tendency (also strongly enforced) to 'forget' this when it comes to crises, disasters, wars, serious crimes and horrors in general...

Yet, such situations (and the bigger the situation, the more-so) are precisely those in which the Global Establishment via the International Mass Media will be most dishonest and most strategically evil... So we should be at our most alert, sceptical, realistic - and at our least credulous - in such situations.

Hence the idea that 'crisis actors' are used for TV (and other) interviews - people who are not what they seem - perhaps entirely fake professionals, perhaps activists/ agents provocateurs, perhaps charity/ NGO workers, or terrorists, or the crime/ atrocity perpetrators (deflecting attention); perhaps actual crisis participants who have (off camera) just been schooled or trained in what to say...

We seldom have any way to know specifically - yet all of the above crisis actors have at various times been noted by sources that seem trustworthy.


And the plain fact is that, on the face of it, many of the people interviewed and quoted certainly come across as very, very fake indeed - very unconvincing and unreliable.

Why should we believe in their authenticity 'unless proved otherwise'? Well, partly to avoid criticism, vilification and demonisation - that will keep most people quiet; but in our secret hearts? In private.

Well, there at least we should not believe the mass media.


We will seldom have any idea of what really happened - and we don't need to: this should not trouble us, we should not feel obliged to provide an alternative true scenario for each and every media lie.

We just need to know that things did not happen as they are portrayed - and that something else (perhaps staged, or maybe nothing at all) actually happened.

And the bigger and more shocking and more international the event - the more that this is the case (assuming that we lack any personal, experiential, authoritative and valid independent means of knowing).

And 'crisis actors' are only one of many ways of deliberately misrepresenting; of misleading and manipulating us. But it helps to have words for it...

I'm savvy to their tricks. The minute I saw the photo, somehow I just knew he was an actor playing a part!