"Everyday consciousness is a liar" - forty years of Colin Wilson 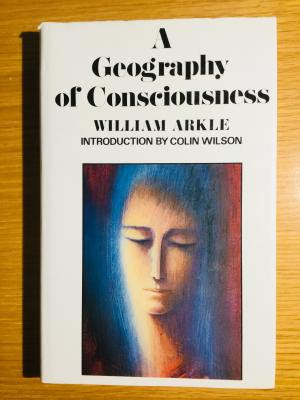 It was forty years ago that Colin Wilson made me recognise explicitly something I had unconsciously felt for about five years; which was that ordinary everyday human consciousness is essentially worthless. A life spent at that level was not really being lived - it was a mere automatic behaviour. From then onwards my main and recurring focus in life was attaining a higher consciousness.

But in this I was hampered, thwarted, by my irreligion. I believed that reality had just-happened, was not 'created'; therefore reality had no purpose... and this deep nihilism always unravelled any attempt I made to find meaning in my experiences of higher consciousness.

I might often respond with intense happiness and aliveness to beautiful countryside, and after Wilson I might acknowledge that this kind of 'peak experience' was what life was about; but ultimately I regarded this as something that happened only in my mind - and that the countryside was just a stimulus to this pleasurable state (and  this stimulus was contingent - just an accidental product of my makeup and experiences).

(And when my mind ended, with disease or death, so did the reality and significance of this experience.)

If only - I now think - I could have gone on and read A Geography of Consciousness by William Arkle; the foreword to which was my introduction to Wilson. Yet that book is very difficult. And I was immune to anything which I felt was an attempt to prove the reality of God to me - that raised all resistances.

If only I had read Arkle's Letter from a Father, perhaps things would have been different? (and this was nearly included as an Appendix to GoC, as Wilson's introduction explains...) - Because there Arkle doesn't argue but just assumes the reality of God, and has him explain what he is trying to do with creation.

But very likely I needed to go the long way round to this insight...

I suppose it depends on what kind of consciousness is "everyday".

For some people, feelings of profound gratitude for the marvelous works of Creation are quite an ordinary (but never prosaic) thing. One thing that happens with most people who are not adept at poetic expression is that they say little of the aspects of their inner lives that cannot be put into prose. This leads many who rely on words to communicate to assume that the people who are most deeply in touch with realities beyond description are simply not particularly conscious.

That said, there is plenty of lack of consciousness going around. It is just as everyday a thing as the enlightened perspective of those who do see truth and beauty.

@CCL - In the modern disenchanted world - nearly all Christians are in exactly the low level, alienated, 'everyday consciousness' mode of thinking which I find almost unbearable - which is why (as I keep saying!) we are called upon to be something more.

At present the demand for higher consciousness is mostly an anti-Christian and New Age 'spiritual' kind of thing; and Christians are people who believe Christian things in a materialist fashion.

Since Romanticism went off the rails i the early 1800s these two vital elements have been kept separate - but it is our unavoidable task to bring them together.