Picture of Bruce Charlton from a decade ago 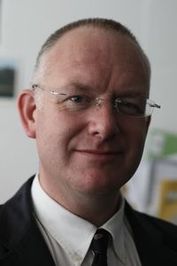 Stock Photo of a 'wild-eyed' man

A phrase that makes my day! Yesterday, I was so-described by commenter Charles W Abbott at Arnold Kling's blog (a place I used to frequent at one time, when I was a libertarian, modernizer non-Christian). It is that 'wild-eyed' that I particularly like. If only...

Anyway, CWA linked to a previous post of mine that I had entirely forgotten, but which seems to me spot-on in its reasoning. I learned something from it.

But then; I would say that, wouldn't I - being a wild-eyed mystic and all?...

Is the Left the enemy of Christianity?

Of course it is! - how much objective evidence do you need? And not merely the enemy, but the victor against Christianity.

Yet somehow this plain fact is not obvious, is unclear, is indeed denied both by the Left (the victors) and Christians (the defeated).

Is not this strange?

An enemy is not someone with whom you disagree (hardly anybody wholly agrees with anybody else, after all) - but the enemy is somebody who attacks you, who wages war on you, who tries to destroy you (or destroy something about you which is important to you).

I think this makes matters a bit clearer. The Left is the enemy of Christians because it attacks Christianity and has been attacking Christianity for a very long time.

(Indeed, the Left has by now defeated 'official' Christianity - which currently exists as a kind of Vichy regime or puppet government, with a Quisling leadership.)


However, there is the problem of covert enemies - enemies who pretend not to be attacking or waging war or trying to destroy; and secular Leftism/ Liberalism is one of these kinds of enemy.

And this is something that Christians (and specifically Christians) find it very hard to deal with!


For example, the Left simply cannot see the truly massive torment and slaughter of Bishops, Priests, Monks and devout laity in the Russian revolution as having been a deliberate and focused attempt at annihilation (what people nowadays tern genocide). They regard it as merely collateral damage from an ideological/ political difference.

Nobody doubts that the Nazis wanted to destroy the Jews - because they said they did; but Communists deny that they wanted to destroy the Christians - indeed, it is quite possible that individual Soviet Communists (who imprisoned, tortured, slaughtered millions of Christians, because they were Christians) did not even feel in their hearts that they were anti-Christian - they simply regarded themselves as implementing an abstract ideology.

Much the same applies to the modern politically correct Left - they see themselves as fighting for abstractions such as equality, social justice, diversity, inclusion... and the fact that Christianity and Christians (and not other religions) is has been and is being (one way or another) all-but annihilated in the Western nations is a somewhat unfortunate, albeit necessary, unintended consequence.

This also explains why the wholesale 'ethnic cleansing' and genocide of Christians in Africa, the Middle East and parts of South Asia is of no interest to Western Leftists.

(For about 15 years we have been living through numerically and geographically perhaps the harshest period of explicit Christian persecution in 2000 years - especially the near elimination of Christianity from much of the Middle East - but the West has not even noticed!)

But the prime enemy of secular Leftism is altogether a slipperier thing for Western Christians to understand, because the sustained culture war against Christianity is unacknowledged and denied by the enemy even as they attack, even as they wage war, even as they defeat mainstream Christianity - even as they are dancing in the streets and on the mass media to celebrate the latest triumphant elimination of Christian morality from Law!


Christians are up-against an enemy who denies that they are an enemy, an enemy who does not even know that they are our enemies -  an enemy that reframes their sustained and strategic attempt to annihilate Christianity under a variety of abstract universal concepts.

Christians are up-against an enemy which attacks by making rules that are only accidentally, only contingently, only unintendedly interpreted to be applied to Christians specifically... and which are - it just happens, in practice - seldom or never applied to other religions.


At every stage of the war against Christianity there is a self-denial and also a public denial of any strategic intent to attack Christians.

So Christians are put into the position of - as it were - telling, or persuading, dominant secular Leftism that it is our enemy! - in the face of sincere protestations from Liberals that they are nothing of the sort!

And this is something that Christians, and Christians specifically, find it very hard to do.

I mean Christians find it hard to label others as their enemy when that enemy denies any specific hostile intent, and especially when those enemies do not even feel hostile intent. This seems like picking a fight, seems like judging the hearts of Men - seems, in short, an unChristian sort of thing to do.


My understanding is that this Leftist strategy of denial evolved by a kind of natural selection over many generations; it evolved because it is what works best against Christians.

I mean Leftism evolved to be maximally lethal to Christianity in the context of what was a more-or-less Christian society - therefore the weapons and defences of Leftism are optimized for use against Christians, and the forces of the Left are all aligned against Christianity: the Leftist cannons are all pointing at Christians!

(And this also, perhaps, explains why the Left is so utterly helpless, suicidally helpless, against other and non-Christian religions, who attack from a different direction and under a different flag.)


Modern Western Christians have been defeated by an enemy who has never acknowledged that it is an enemy of Christianity - not even to itself.

@Books Sorry, your comment was a bit too direct for publication in the totalitarian European Union.