The Millennium - was it a real thing? Was it a threshold? 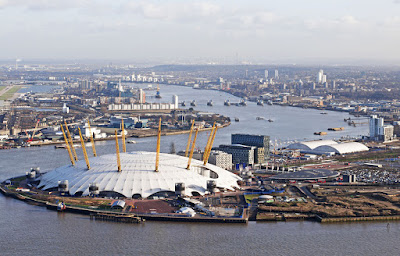 At the time of circa 2000, I would have said no, nothing much has changed; but I have since changed my mind.

But, as many people perceived in the previous century; that approximate time was indeed a qualitative transition, the millennium was indeed a threshold that we in The West were crossing.


The millennium was the threshold at which there was a generalised inversion of values. And this was apparent in the areas of life with which I was most involved over the years preceding and following the millennium.

For example, truth disappeared as an ideal. People were Not Even Trying to seeks the truth or to speak the truth, but instead truth became a rhetorical manipulation.

Truth was was replaced first by 'hype and spin' (to use the buzz words of that era) and then increasingly by virtuality - the 'real'-reality constructed by the mass media which was being amplified and extended vastly by the nascent social media.

Functionality was replaced by management, that is bureaucracy; i.e. totalitarianism - which is the attempt at complete surveillance and control at the micro level of individual ideas and behaviours in pursuit of universal damnation.


So, in the areas of my own public activity - medicine, scientific research, and teaching - there was at about this time a tipping point.

These all became - in parallel, but in the same way - dishonest, dysfunctional, and evil-motivated.

For the first time, increasingly and irrevocably, bureaucratic mechanisms (committees, protocols, management...) took over both power and responsibility is the actual clinical practice of medicine (face to between doctor and patient); the specific themes, methods and reporting of scientific research; and the details of in-the-classroom teaching.


All of these are now thoroughly brought into the single-bureaucracy, which has been extended nationally and indeed multi-nationally; to become minutely controlled by a linked managerial system...

A system motivated by an ideology of value-inversion - in pursuit of corruption, lies, disgust, self-hatred, slow-suicide, nihilism and despair... but all regarded as positives.

And this became first dominant and official, then ubiquitous and mandatory, with an inflexion point somewhere-around the millennium.

Most of the Y2K doomsday expectation was really wishful thinking by people yearning to be free of ... ."it"...

I believe the start of the changeover was not the millennium itself but the solar eclipse of 1999 which was a real thing.

@DJ - I had forgotten about the Y2K business.

@William - That is more likely than a number; nonetheless I think it was more of a generational thing; a maturing (corrupting) process that had been building-up since the late 1700s (perhaps driven by different kinds of people being incarnated, and failing to follow their destinies).

And 2000-ish was the time at which some intuitive people could sense this process would reach the 'point of no return' (or, at least, a point at which matters could not be corrected by a mere 'pendulum swing', nor by gradual and gentle changes; but only via an apocalypse).

I was, at the time, still not a Christian; but around 2000 I nonetheless felt an urgent need for the right kind of change to happen 'now'. or else it would be too late. I was very active in various kinds of national agitation (conferences, speaking to groups, writing articles, staging personal boycotts etc) because of this. But nothing happened, there was near zero insight and much cowardice and stupidity... then I felt it was too late so I began to pull back from such activities.

Of course my activity was all doomed to fail anyway, since the cause of the problems (Christian apostasy, materialism) was much too deep to be accessible to common sense or mere long-termism (which was the basis of my arguments).

I'm sure you're right about that, Bruce. I just meant the eclipse is a more likely outer indication of the change you mention than the arbitrary quality of the millennium though that does have a psychological significance.

@William - Another thing is that quite a lot of people expected 'something' to happen; and the eclipse also fed-into that expectation. There may have been a measure of self-fulfilling prophecy.

However, most people that expected something to happen, thought it would be a Good thing! But it was a Good thing that was going to happen by 'external influence', and without anybody having to do much about it - so *that* may have contributed the problem...

The 911 ritual also compounded the shift (from covert subversion/demoralization to overt totalitarian gov control) and granted official license to exploit the "tipping point," and ground it so that the trend would not see-saw back...

@jg - Yes, that was certainly important. The 'giveaway' was that the response was not relevant to the problem (failed to solve it, failed even to address it); revealing that the response had been pre-prepared, and the stimulus was just an excuse.