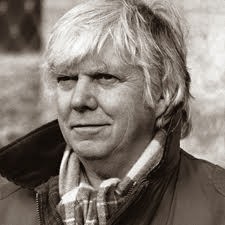 I have been reading Gareth Knight recently, including his 2011 autobiography I called it magic.

From this, and several other, readings (over the years) it seems to me that ceremonial magic is a form of drama (akin to a pageant) that revived in the late 1800s and early 20th century; with magical intent, and based upon systems of symbolism and ritual (new syntheses, but based on what was known or believed of tradition) that were taught to the participants through prolonged and hierarchical initiations.


Through Gareth Knight's life, his own practice of ceremonial magic changed in ways that embodied changes in culture (and, I would argue, Western consciousness); in that the ceremonies became more innovative and improvisatory - less like the catholic mass and more like an experimental theatre company. I think this also reflected a reduction in the scale of ambition.

The early magical societies were aiming, and expecting, to change the destiny of the world and fate of nations (a late example being the 'Magical Battle of Britain', which I discussed recently. But in the post-war era my impression is that the aim was more like a lasting transformation of the consciousness of the participants in the ceremonies.

I relate this to what I perceive to be a progressive loss of effectiveness of general systems of symbolism; so that at first symbols must be made more personal (and novel), then later even this is diminished - and there is no effective vocabulary of general symbols that may be 'relied upon' to produce predictable effects in a wide range of people.


In the end we are each brought to our own condition and situation - each must actively seek his own meaning and cannot satisfyingly 'use' the meanings and systems of earlier generations. Activities of a spiritual nature that used to be best pursued as part of a group, find that the scale and power of group benefits are dwindling.

This can be seen in that the activities of ceremonial magicians as a whole seem to have become less Good, more evil.  The early practitioners - and Gareth Knight himself - were often serious Christians and well-motivated individuals.


The choices for a Christian seem to be either to accept a diminished thing (a materialistic, 'theoretical' kind of Christianity), or work on the same spiritual projects by ourselves and with less recourse to symbolism; or else to give-up and not to do anything seriously spiritual at all (which is, of course, the usual response, even among Christians).

My response is to develop the personal, experiential aspect of Christianity as an individual; but to seek inspiration and encouragement where I can find it. In one sense this is a version of the (notorious) New Age mantra 'what works for me'; but with the the absolutely crucial and transforming difference that 'what works' must be rooted-in and emergent-from the reality and truth of Christianity.

And Gareth Knight's work is something that does inspire and encourage me - even though I am not-at-all interested in participating in (even his kind of, which seems to be one of the the best kinds of) ceremonial magic.

The Western ceremonial magic tradition was a belated attempt by the lesser spirits of the age to imitate the Endowment, which the Latter Day Saints were doing before Mathers and his colleagues came into the picture. The goal of the Endowment is for the endowed to make the covenant Abraham made, in anticipation of receiving the blessing Abraham received- offspring as numberless as the stars in the sky. Since the true coin was in essence about procreation and fertility, it was inevitable that the counterfeit would be corrupted by sexual immorality, lacking the intent and power of the original to build families.