What do I think about the birdemic? 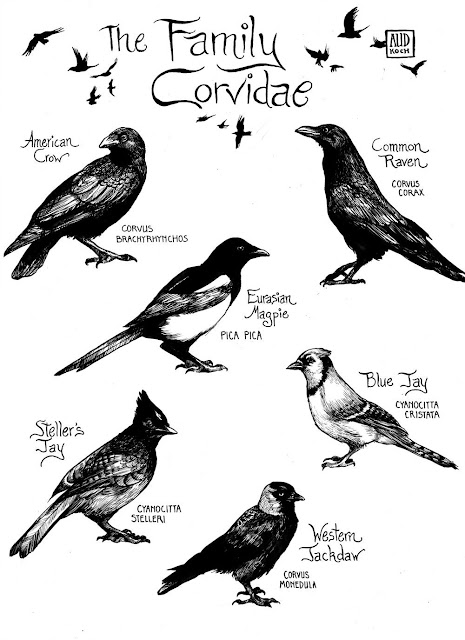 In response to a query from commenter dearieme:

In my book about the corruption of science Not even trying; I try to explain that science (and by extension other kinds of objective knowledge) depend on all those involved being rigorously truth-seeking and truth-speaking.

When researchers are neither truth-seeking nor truth-speaking; then nobody knows what is going-on.

(Competence is also necessary to science; but dishonest competence not just worthless but actively harmful.)

And this is not about noise drowning the signal - because (as you know, professionally) there are statistical procedures for detecting signal from noise; but dishonesty is systematically-biased wrongness where we do not know the degree of bias, nor can we assume that the wrongnesses would average-out to be the same in both directions of error.

So, I don't know and nobody knows what is going-on in any precise quantitative fashion; because all the data are corrupted to degrees (and in directions) that we cannot accurately estimate.

The only exception is if somebody (some specific person) who is a real scientist - honest and competent - has done relevant work on this problem; then that data could be used.

But I don't know enough about this matter to detect such a person (ideally, I would need to have known them personally, over a period of time), and don't have any means to evaluate the honesty and competence of the people making claims to know what is going-on.

(Well, I do know enough to rule out as either dishonest or incompetent most of what I have read that were claiming knowledge on this matter - Chinese authorities, Western Mass media-approved sources, politicians etc) but I don't know enough to pick-out that one or few honest-competent persons from the great mass of liars and spinners.

In such a situation it is just a matter of waiting and seeing what happens, relying on personal observations; and making sure that I don't believe those people who claim to know, but are in no position to know.

What we can say we do know, if this truly going to be a world pandemic, we are spiritually unprepared. The level of comfort that we have amassed over the last several decades has also unprepared everyone for the loss of life, food shortages, breakdown of law and order, and scapegoating that is going to take place. Again, this is all based on if this becomes a world pandemic.

Thanks for troubling to reply. Your sentiments are pretty much identical to my (less expert) ones.

I can't tell whether we are faced with a very nasty time or with something that might prove no more deadly than an unusually deadly flu season.

P.S. I looked out the government report on a recent flu season (2014/15) and found that I couldn't concentrate on the content because I was so struck by how badly written it was.

On the subject of medical research being ineffective and even corrupt:

@d - I still find it remarkable that people are only just noticing! https://www.hedweb.com/bgcharlton/funding.html . But then I learned this from David Horrobin (who noticed the decline in medical reserach by the middle 1980s) - Horrobin, D.F. Scientific medicine - success or failure? In: Weatherall, D.J.; Ledingham, J.G.G.; Warrell, D.A. (Eds.) Oxford Textbook of Medicine, 2nd Ed. Oxford University Press, Oxford. 1987, pp 2.1-2.3. And from David Healy who has documented the situation extensively over the past 20 years - at first focused on psychiatry e.g The Antidepressant Era, 1997 (Harvard University Press) - then Comprehensively for medicine in Pharmageddon 2012 - (University of California Press).

A propos of not very much Ledingham J.G.G. is my uncle!

@William - I didn't know him; but I did meet Weatherall once, sitting next to him at a cringe-inducing lecture - and rather hit it off!

In case anyone had any doubts on the matter, there is now statistical proof that the numbers being reported are fake.

Color me shocked! I mean, if you can't trust the Chinese government and the mass media, who can you trust?

@Wm - Indeed - assuming we can trust the person reported in the media who says they did the stats... Which, knowing nothing about him, I can't.

Well, stats are something you can check yourself pretty easily — provided you trust the guy who wrote the software!

@Wm - If it is true that the number of cases is actually being generated by a programme, then this is dishonesty of a very centralised and strategic type. They are actually not collecting or ignoring the real data.

Perhaps they've learned the lessons of the CO2 global warming fraud, where the model is defined as reality.