People in the night sky? 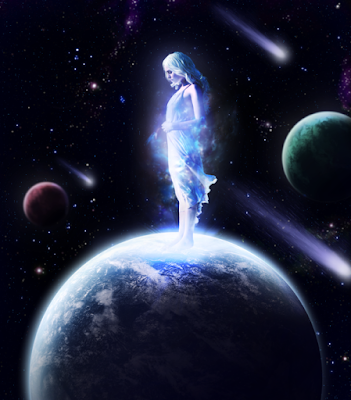 This is just an example of the way my mind 'works' - the way a train of thought emerges, gets picked-up and followed-through...

I was thinking about Alan Garner's novel Boneland, which I disliked pretty strongly - but which (being by Garner) had some interesting aspects that stuck in the mind and worked there. One was that the protagonist Colin was a radio-astronomer who was (somehow) using the Jodrell Bank astronomical radio-telescope to try and dicover signs of his long-lost sister Susan in the night sky.

It is never explained what he was trying to do, what he expected to find or why - but that basic idea rather fascinated me: using a vast radio telescope to look for someone in the night sky.


I was also thinking, as one does, about the extraordinary fact of resurrection: that Jesus did not only promise us eternal life, as our-selves, but life everlasting as embodied persons. Eternal life might have been (usually is) thought to be in the form of a spirit; but no - we Christians are going to live forever with bodies. Amazing!

Because everything we know about bodies - in this world, in our mortal lives - suggests that a body could not be eternal; that it would (soon or late) wear-out, get-broken or somehow destroyed - maybe exploded... Yet not so: we will live forever, and we will have bodies.


(No wonder that so many people think Christianity incredible, in the sense of beyond credibility! No wonder so many Christians play-down this aspect of the faith - and indeed seem secretly, implicitly, to believe is discarnate spirit life beyond death.)


So, those who love, have faith in, follow Jesus will live forever in bodies that will not age, will not suffer disease - and are indestructible.

And since these are bodies, they have a location. Heaven is not some abstract state of being or consciousness - it must be an actual place (or places), inhabited by solid-bodied immortal human deities.


Where, then, is Heaven?

Well, I don't know - but it must be somewhere (or several/many somewheres). And, since it is apparently not here on earth - Heaven might well be somewhere in 'outer space' - somewhere out there among the stars...

Maybe a planet, or (and this is where it starts getting weird) it could be a star...  because if resurrected Men are indestructible, then they could inhabit... well, anything; even including a star that is hot enough to melt rock, hot enough to fuse hydrogen.

(Just imagine that! Being able to go right up to, get inside, our sun - or some other star...)


Therefore... Maybe it was not such a crazy idea for Colin to look for his sister Susan (who had 'died' from this world, in some way) among the stars, and - given that she may have become an immortal (small-g) god - maybe it would be possible for her to signal her presence to her brother in a way detectable by radio telescope; if, for whatever reason, there was some purpose to her doing so.

All of which brings an interesting new aspect to looking at the night sky: a fair sky-field, full of folk*, perchance.

Maybe the physical universe is like the small band of visible light on the metaphysical electro-magnetic spectrum.The rest of the spectrum exists - here around us - but they "keep out of the kitchen" at God's request. What if there's no physical/metaphysical separation whatsoever?

@E - I am only talking about the physical location - I assume that 'the dead' (the so-called-dead as Rudolf Steiner neatly termed them) are potentially in thought-contact with us, the living, no matter where their bodies may at any particular moment be located. I also assume that the thought-contact is 'instant' - nothing to do with physical distance. Originally everything (except God) was spirit, incarnation came later; so originally everything was in contact with everything else. The 'problem' for evolution-development of consciousness was/is not 'communication' but agency, separation of minds.

Well, Brigham Young did believe that the sun was most likely inhabited, and that other stars were also inhabited like this with resurrected beings who could dwell comfortably on the surface.

Joseph taught us "The angels do not reside on a planet like this earth; But they reside in the presence of God, on a globe like a sea of glass and fire, where all things for their glory are manifest, past, present, and future, and are continually before the Lord. The place where God resides is a great Urim and Thummim. This earth, in its sanctified and immortal state, will be made like unto crystal and will be a Urim and Thummim to the inhabitants who dwell thereon, whereby all things pertaining to an inferior kingdom, or all kingdoms of a lower order, will be manifest to those who dwell on it; and this earth will be Christ’s."

Section 88 of the Doctrine and Covenants describes Christ's place of habitation, which is not any one place, but a road that goes through 12 kingdoms (an obvious reference to the passage of the sun through the 12 constellations of the Zodiac): https://www.churchofjesuschrist.org/study/scriptures/dc-testament/dc/88.51-61?lang=eng#p51

@Carter - Yes, it was not part of the train of through I described above, but I realised afterwards that this fitted with some aspects of Mormon theology (eg Kolob), which literalises the subject in a way that may be more valuable than the usual Christian practice of keeping thengs vague and symbolic.