The cape of Wakeman


An iconic image of the seventies was keyboardist Rick Wakeman, spreadeagled between banks of keyboards, wearing a long sequinned cape. Or the drummer of the Backwell Comprehensive School rock band, also wearing a cape - but smooth red, and waist length.

Or a cloak. A friend once told me that he saw a chap with long black curly hair walking the streets of Cambridge wearing a full-length black cloak; and he followed him back to a college and peeped in the window. His room had a massive portrait of King Charles II, and was indeed set-up as a shrine to that Merry Monarch.

My belief is that Wakeman's garish cape was a remote, degenerate but lineal descendent of Gandalf's cloak - and indeed the cloaks of Tolkien generally. Any impressionable adolescent who loved Tolkien nursed a secret desire to wear a cloak - and sometimes that desire became irresistible.

I personally never had the nerve; although I did make myself a Gandalf staff - from an ashplant cut from a hedgerow (I still have it) - and later discovered that Stephen Dedalus (in James Joyce's novels) also affected an ashplant staff.

My friend Nikolas Lloyd has made a pretty popular video describing exactly why 'cloaks were really good'.


Yet still I have never got any closer to wearing a cloak or cape than wearing my academic gown in degree processions (the MD version of which which is more like Wakeman than Gandalf - being satin-like, scarlet and 'Palatinate purple'*); or one of those long Antipodean waxed cotton riding coats in the daily drenchings of Glasgow, when I lived there+. 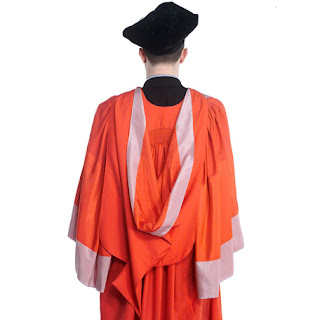 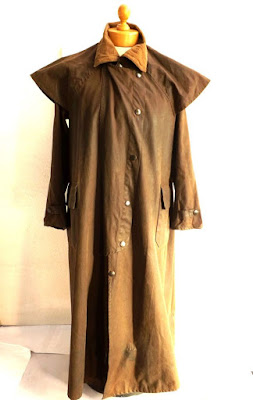 Note: Actually, the year I lived in University College, Durham (i.e. Durham Castle) I wore (as was compulsory) a plain black 'stuff' academic gown to all meals, over whatever I happened to be wearing that day. Some fellows wore the gown over T-shirts, with bare feet, or I think pajamas... Anyway, that did provide an excuse to sweep around the place with (in effect) a cloak flapping in the breeze of my progress.
Posted by Bruce Charlton at Wednesday, February 19, 2020

Years ago our dungeon master would give us a movement penalty if we had chainmail without a cloak.

I've been spoiled by listening to that piece played on a real pipe organ. My amateur ear leads me to think that perhaps Wakeman performed it as a pianist, as opposed to an organist.

I'm not familiar enough with synthesizers to know if it was his technique or merely a setting in the keyboard/synthesizer. Or... maybe that performance was before they could program the pipe organ's "chuff" into the synthesizer.

A certain something, whether technique or synthesizer capability, was noticeable by its absence. It was a good performance none the less. He showed great skill.

Yes, I enjoyed the academic gown too, it swirled beautifully. Not enough formal events though.

@James - It was, of course, your blog that put me in mind of Rick and his cape: https://www.nourishingobscurity.com/2020/02/two-versions/

Reminds me of this Seinfeld episode- https://www.youtube.com/watch?v=gio4aV1_ylA

I used to wear a duster sometimes, and of course I've worn ceremonial robes in A Certain Place, but it's just not the same thing. There's just something about cloaks!

I was never really clear on what an "ashplant" was when I read Joyce. I've since educated myself with Google.

@Wm - I would guess that Joyce chose an *ash* plant for it's Yggdrasil world tree Norse mythic associations - but I can't be bothered to find out!

The 'plant' bit simply means made from a sapling - which (because it includes non-heart wood) gives a flexible and springy kind of stick. In functional terms, this probably isn't ideal for a weight bearing stick.

For example my main walking stick (I have arthritic knees - and one or the other is often bad) is a beautiful blackthorn plant, with the dark bark still on, with the root bent over to make the handle - blackthorn is denser and a bit stiffer than ash. But purely functionally, a stick turned from the heartwood of a big tree is functionally preferable, since it does not bend when weight-bearing - and these mass produced items can be bought (with the highly functional 'derby' handle), for a third of the price of my blackthorn plant, at many local stores.

So was the "rubber tree plant" moved by the ant in the song also a sapling?

My impression as a child (I read "Portrait of the Artist" as a very young man indeed) was that an ashplant was the sort of vegetation that grew in a "cinder-path," another thing I didn't know what was.