Corvid-19 data and predictions - remember: there are Lots of very old people 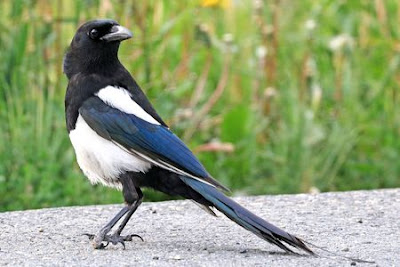 Very few of us in the developed world such as England have grasped the fact that we are in uncharted territory in term of an ageing population - most people are older than forty; most of the native Brits are even older.

(The many millions of recently arrived immigrants, are Much younger, on average.)

But there are now Lots of very old people:

More than 8% of the population of England are 75 or older - that is comfortably beyond the 'Biblical' lifespan of 'three score years and ten'. And that's about 4.5 million people (from about 55 million total population)

Such numbers of the ancient and fragile are worth bearing in mind when discussing fatality rates from diseases; since most of these very old people are much more likely to die from an infection than children, or people of working age... or even recent retirees.

And, since average fertility rates are below replacement levels and falling, these numbers and proportions are increasing all the time.

And because of that I've been predicting for a couple of weeks that the Remoaners will be demanding a new referendum and even a new general election.

On the other hand it may be the saviour of Defined Benefit pension schemes. It's an ill wind. Every cloud.

I just pray this wasn't intentional and doesn't turn out to be the power grab we've been worried about.

What a great time to propose a global government if there is financial collapse, food shortages, and millions of deaths worldwide.

As of today my feeling is that this is a normal kind of international pandemic. The mortality rate may be underestimated several fold, but the incidence rate may be underestimated a hundred fold... So the virus may be much less dangerous than stated. Also, the lesser mortality among non Chinese seems to be getting suppressed. And the above post wad meant to show that even a not very dangerous virus might kill a million people in England alone, yet inflict little *functional* damage. Thus raw data on mortality is pretty worthless.

Official statistics do show the fatality rates are high among the elderly and otherwise immune-compromised, but doesn't much effect anyone <20.

I've read, and it makes sense, it's really the failure of public services that are at issue. I'm under the impression that in the West we are often just getting by - as in "how does anything get done" on a larger scale, or general ineptness at managing basic emergency savings on an individual basis - and don't have much margin for dealing with large-scale problems or disruptions.

For example during Katrina it was a rather isolated affair with a very simple solution (leave the city) with plenty of warning, but instead turned into a rather serious disaster.

@Andrew. A major problem with Katrina was the nature of the population affected.

Apparently, there was a lot of violence, looting etc - and many police stayed at home, and some joined-in. 'Leadership' was similarly corrupt and ineffective.

In similar Japanese disasters, by contrast, the rates of violence, looting etc is near or actually zero; and the authorities usually effective.

These are extremes, most places would be midway, but whereabouts midway could be predicted pretty well. Of course, after a couple of decades of serious affirmative action and cancerous bureaucratic growth; everywhere is the West is much less able to cope with anything.

Where I live, even trivial road reshapings or bridge repairs are now taking a couple of years, including paralysing road closures of major arteries.

I saw some council workmen (maybe 15 or so, with big machines) take several weeks to build a 2ft wall about 100 yards, another group even longer to build a 200 yard pedestrian path across a bit of grass - jobs that would have taken a few days in the past.

People should also take to heart that the "blunders" of containing or even properly responding to the virus indicates that the priorities of the people in charge of protecting the public health may not be in your best interest and may in fact be diametrically opposed to saving (((your))) life.
France doesn't seem to be taking this seriously and is keeping it's borders open as they are finding it difficult to manage its pension system. The US has tested a total of 419 people since the outbreak in China began even though it has a large Chinese population of exchange students returning to the US after the holidays with eye witness accounts in Arizona that may indicate a cell there.
Maybe they are trying to manage this covertly to stem panic until an obvious outbreak, maybe a lot of the people in charge are bureaucrats that are incompetent as exemplified by Katrina and maybe they have macro economics to worry about because whether the virus does develop into an all encompassing global pandemic that may kill 1 or 2% of the population, they know for a fact given our on-demand global delivery system subsidized by oil, millions would die if the global economy seizes.
We are in a real bind. Care for yourself and those around you. The people in charge may not have your best interest at heart.

@SM - I certainly agree that the beings at the top are of evil nature and intent (since they are demons) - an earlier post today says as much; but their primary intent is not to cause death and disease. If They wanted/want us dead then it would be/is trivially easy for them to accomplish this - as has been for decades. So we may infer that that is not the goal.

Their strategic intent is damnation of souls, and if the epidemic is being manipulated, it will be with that goal in view - presumably via an acceleration of the already well-advanced global totalitarian bureaucratic regime. I think that Plan A was a (false flag) climate emergency; but maybe they are trying to co-opt this into Plan B?

Who knows. But it is spiritual preparation we need for whatever crisis; because without that then the mass of people will not survive, because we will continue to be too crazed and paralysed to form that or any such intent. And if the mass goes down, so will everything else - given our interdependency.

Anyone proposing a global government in response to the self-evident failures of globalism has a lot of chutzpah. This isn't like global warming, where one can make a case for the need for a unified response. If (when) pharmaceuticals run dry because production has been offshored to China, people are going to demand protectionist barriers to stop anything happening again. If (when) the virus goes pandemic across most countries, people will ask why flights weren't stopped. People will remember that the same people who have been pushing globalism are now asking for more of it, and they won't swallow so easily.

As far as preparations are concerned, my worry is about supply chain disruption. I'm stocking up on the basics of toiletries and groceries, including putting some cheap pasta and rice and beans aside for the foolish virgins/grasshoppers (along with multivitamins - a 30 day supply of calories is only £6, but man cannot live on pasta alone). If, afterwards, this makes people more, not less, self reliant, then all the better. If people get suspicious of large complex systems... ;)

As far as the elderly are concerned, pneumonia has been called the old person's friend for a reason. I will not consider it to be a tragedy if people with severe dementia die, except insofar as every death is tragic, but a mercy. Corona-chan will take the hard decisions out of our hands.

@C - I am of course not sure; but I suspect that 'globalisation (specialisation and interdependency) may not be something that can be 'gracefully' or controllable reversed (beyond a small level of readjustment that will make no qualitative difference). I suspect that once begun, the process might run away, by leading to all sorts of other consequences.

I think this applies to several things; because some 'states' that we passed through on the way to where we are, are ruled-out from where we are - and therefore we might end-up somewhere very new and unprecedented (with, probably, 80-plus% of the world population dead).

As you can gather; I don't believe that history is cyclical - but on the contrary: that it is linear and never repeats!

History doesn't repeat, but it rhymes. The breakdown of the Roman Empire resulted in a different system to the Bronze Age Collapse, and who knows what the collapses before that led to?

The world system (The Beast and Whore of Babylon) is a hydraulic empire (https://en.wikipedia.org/wiki/Hydraulic_empire). Centralised production, everyone is dependent upon the system working, no-one is buffered against shocks (just-in-time production) so no-one can rebel. These are good at fending off threats that require co-ordination, but are fatally weak when it comes to things such as pandemics that disrupt the supply chain.

Which is to say, global warming fits the needs of the elites. It's a global problem requiring massive global co-ordination and an emphasis on efficiency, the perfect excuse for a power grab. Coronavirus, on the other hand, is exactly the opposite. To survive pandemics, you need decentralisation, resiliency, and buffering. Which isn't to say they won't try to co-opt it, but it's far less useful for their purposes than environmentalism is.

I'm curious as to where you get the 80+% dead from. Do you think the powers that be will burn the world if they lose control in a giant act of petulant spite? Because as far as food production goes, the Old World has something it didn't have the previous times around... https://en.wikipedia.org/wiki/Potato

@C. If you search mouse utopia, and mega death on this blog, you can find the argument. The planet supported about a billion people, less in ice ages. But that billion was subject to harsh, purifying selection against mutations - mostly by approx 2/3 mortality rates in womb and during childhood. But we have experienced several generations of weak selection, so deleterious mutation accumulation seems inevitable. So humans are lower in fitness than before. So, probably less than a billion could be sustained - perhaps agriculture may be lost.