Some old pillar boxes of Jesmond

Jesmond is a suburb of Newcastle upon Tyne, and although it was medieval in origin (Jesus Mound, supposedly, from St Mary's Chapel, an important site of national pilgrimage; where a vision of Mary and the infant Jesus was seen) it was mostly built from Victorian times onward - as reflected in the old cast-iron pillar boxes: 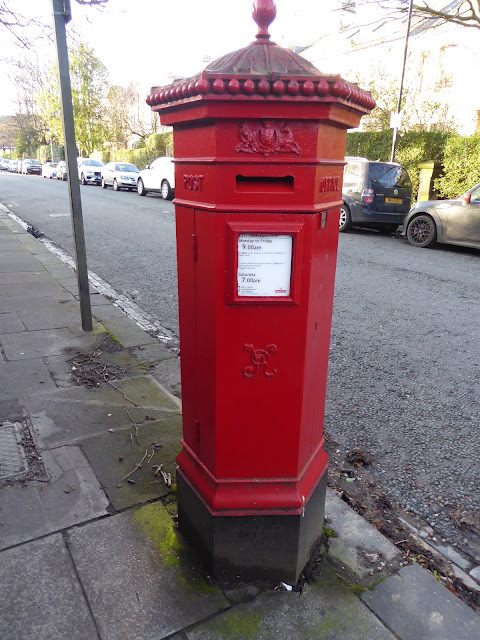 The above is my favourite - a hexagonal Victorian pillar box, with a small and strangely shaped slot; as identified by the stylized monogram VR (Victoria Regina/ Queen - or Rex/ King for a man) design: 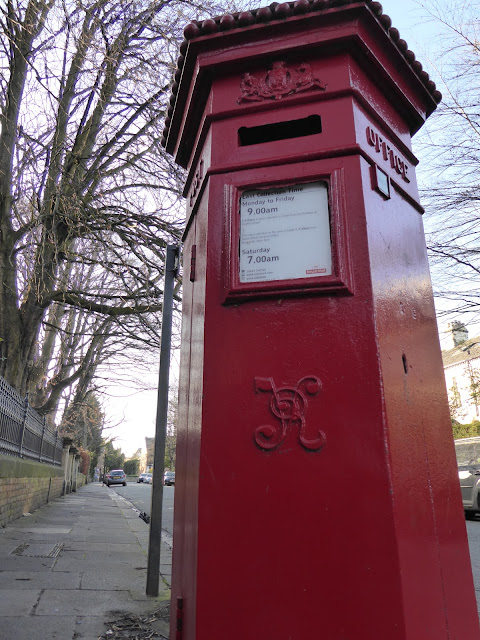 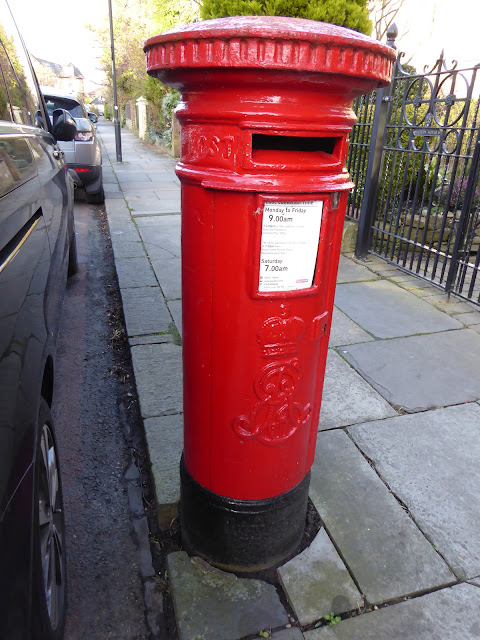 The flamboyant monogram ERVII is clearer on another pillar box nearby: 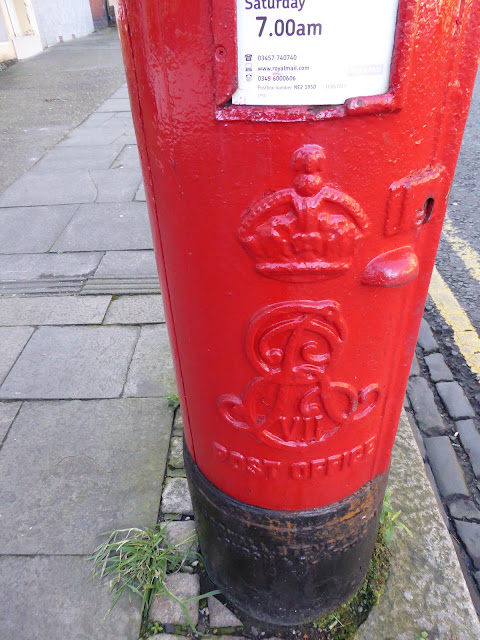 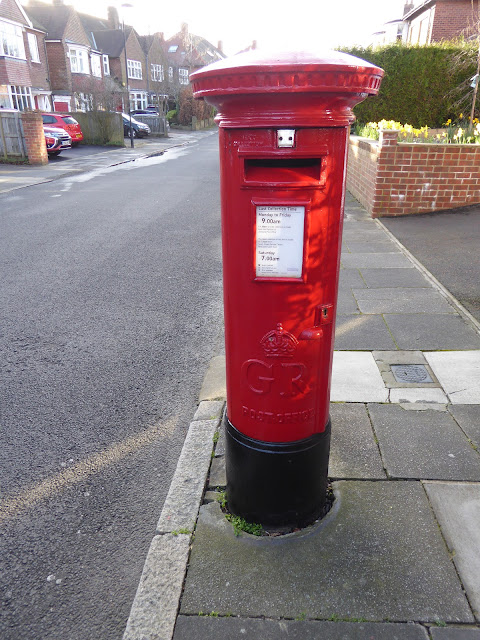 But this time not as a monogram, and without saying which of the six King Georges is being recorded. 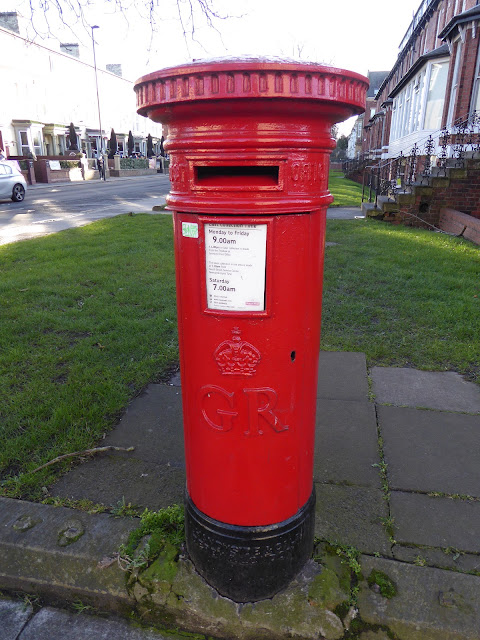 However, this GR is George V (another example is illustrated above) because the adjacent houses were built during his reign.

Another pillar box looks very old, perhaps Victorian - particularly considering how small is its upward-sloped slot - but the front part of the box has been replaced at some point, and there is no date: 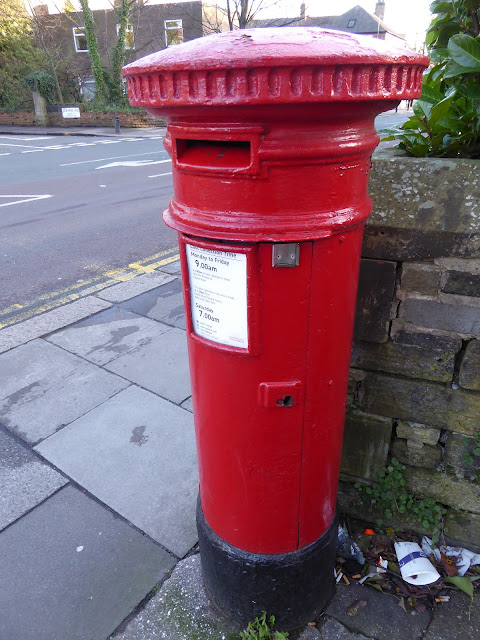 Pillar boxes are a legacy of Anthony Trollope, the Barchester novelist.