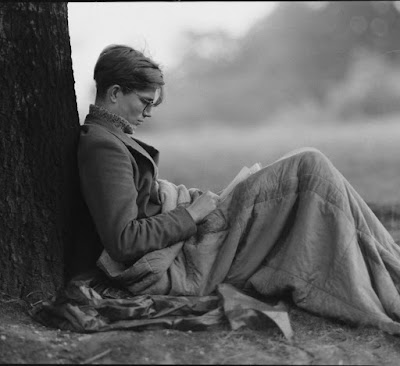 As I understand it (and you are a complex thinker so I may have got you wrong!), you pin the "weakening" of the realisation of this insight on the population's complete immersion the "interlinked bureaucracy" and the world of mass/social media, where this insight is seldom raised, whilst relentlessly pushing the opposite view (i.e. the solution to our problems is wealth/power/status transfer to group X, Y, Z, etc.). But, if the population falls so quickly and so completely before such a blatant scam , surely if they were encouraged to pursue a path of genuine spiritual fulfilment, then they would just as easily fall to the myriad conmen who would claim to be the leaders of this new spirituality? Looking at the beat/hippie movement gives us an almost inexhaustible well of examples of this.
Therefore, arguably, if the "mass media/social media/interlinked bureaucracy" did start to push this insight, it would simply lead to the creation of a new market in spiritual snake oil salesmanship, which is surely much, much more destructive.
I think, Bruce, that the issue here is that the whole system has been set up to damn people's souls, and whether this "solid insight" become part of the fabric of discussion of the of the system's communications makes not a jot of a difference. The truth is, what you need to know is already out there, and available quite readily, you just have to look. For example, all your readers here have presumably come to this corner of the "cyberworld" as a result of independent searching and not because it was linked to by the CNN, the BBC, the University of Cambridge or his cousin's Instagram post. And, beyond that, I'm sure that almost all of us here know that "everything is not enough" because otherwise we never would've started looking in the first place, given that I'm sure almost 100% of your readership is materially doing OK by historical standards.
The system fosters and creates dupes by design, it is built to induce a way of thinking which lacks a solid base and is eminently manipulable. This on purpose, and inextricably. And this goes back a long time, it is not a new feature.
I agree that exposure to the media does NOT help anybody, and all are advised to reduce it to a minimum. And this, independently of how virtuous its content may be, either in intention or in actuality.
This "solid insight" is within us, within most of us. Some of us see it more clearly than others, and it is our role to participate in the creation of a world where the ramifications of this insight can take hold. Part of this will be the creation of modes of communication and interaction which are amenable to it - which the "mass/interlinked bureaucracy/media" absolutely is not.
In conclusion, whilst I agree that the "mass/interlinked bureaucracy/media" is a demonic machine (or even organism) and we should turn our backs on it to the very best of our abilities (excruciatingly hard as that may be, and it is), as a corollary I would hesitate to give it too much credit for the darkening of people's souls (these darkened souls always had the choice of rejecting the media). I think that this is more a function of a complete and utter collapse of genuine leadership, itself a function of the collapse of the family, itself a function of the collapse of traditional Religion, itself a function of material abundance.

The challenge here is to restore genuine Religion in the midst of the temptations of abundance, which requires "mores" and "insights" completely different from the Religions which were developed in and for times of scarcity. Once that has been achieved, the rest will fall into place much more naturally. We needn't worry at all about the media or what's in it, beyond knowing that it's best to avoid it as much as possible.

@U - My understanding is that a System can do harm but not good, because what is needed most come from each individual person. The main problem is the sheer expansion of The System - so that people are distracted, amused, scared, tempted; and in general channelled into displacement activities.

The main reason people can't snap out of it is religious apostasy, but more fundamentally false metaphysics (false, incoherent baseline assumptions about reality) - such that the real answers, the real path, real hopes - are ignored even when encountered - because regarded as unreal.

False metaphysics also leads us to accept the destructive and incoherent nonsense pushed at us from all sides.