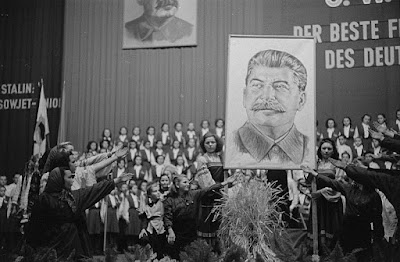 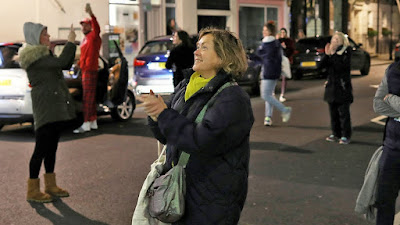 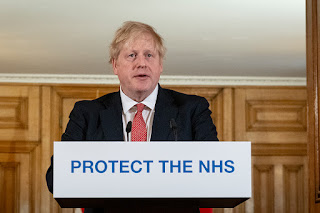 I jotted down the following as I read your post:

It seems that both of these attempt to separate man from God, each in very different ways.

The way by which Ahrimanic Evil tries to separate man from God is by getting men to deny their own divinity… to deny that within each of us exists the potential to become gods (with a small g). Ahrimanic evil teaches us to locate responsibility outside ourselves, to understand ourselves as helpless atoms being pushed around by larger forces (which are in turn driven either by nothing or by pure determinism… no intentionality in any case), to make ourselves small… the driving passion is “fear”. The objective is to anihilate free will... to give up on free will... to drive God out because he "couldn´t possibly exist".

Luciferic evil tries to separate man from God by making him blind to anything “outside” himself… man becomes inflated to the point where he aspires to swallow up the whole world, spiritually. The driving passion is “pride”. The objective is to inflate men to such a point that God is either driven out or moulded to fit the passions of man.

In either case, there is a negation of the existence of duality… man and God… all is either reduced (ahrimanic) or swallowed up (luciferic) but the end point is a monism… a one-ness which destroys the relationship between man and God, either by negating man directly, or by inflating him to ridiculous proportions.

Are we ripe for a synthesis… finally, for the synthesis of “final participation”, where man and God´s relationship to each another will be restored?

And most mainstream (self-identified) Christianity has gone very far towards the Ahrimanic; which it seldom identifies and knows to be evil.

"Are we ripe for a synthesis… finally, for the synthesis of “final participation”, where man and God´s relationship to each another will be restored?"

Ripe or not; my view is that we have reached the point that we either choose the path of Christian Final Participation; or we will, by default, have chosen Hell. Neutral ground has all-but disappeared, as we see all about us - and more so every day.

When it comes to values, neutrality (understood as the state of being in no commitment to anything other than to the lack of commitment itself) is an illusion, anyway. The appearance of neutrality can be the result of being in an intermediate state, as in being in the process of moving from one set of values to another, or directly as a guise (as in, words say one thing, actions reveal another...a cloak).

This was always so, but man's options were more limited before, so neutrality was less destructive because the depths of evil were harder to fall into ,either because they were more obvious or simply not a viable choice.

The increase in spiritual "options" and possibilities which has been opened up to us in recent times means that what passed for neutrality in the past is now a very clear and commited choice (practically) always for evil.

This ties into your post earlier today, on freedom and responsibility. Growing up spiritually.

I see the personality cult as a luciferic culmination of optimistic renaissance humanism with 'man as the measure of all things' combined with darwinian 'might is right' megalomania. The personality cult is still there of course - but seems to have shifted from dictators to celebrities. The celeb represents the outer mask of the anonymous mass, in a society where social status and income have replaced heritage and character. But even the celebrity is an expedient idol.

After the singularity of technocracy, we might not have to bother about the art of politics or morality anymore, and let Ahriman calculate it for us. The luciferic world wars has depleted trust in the human person.

The transition from Lucifer to Ahriman also seems corollary to the development of the computer. The computer model has led to the situation where both our souls and bodies have become repulsive to the rational mind. But we are organisms, not computers.

I am noticing lately that people seem unaware to the degree which technology has penetrated the modern mind. As I commented before, the modern view of the human experience and sense organs as arbitrary and outmoded (leading to postmodernism) is actually a complete surrender to technology.

So by now it really is Christ vs the machines, because nothing else stands.

@Eric - Have you seen Jeremy Naydler's new book? The Struggle for a Human Future: 5G, Augmented Reality and the Internet of Things - adds further depth and detail to your perspective.

I think that first photo must be from an early East German rally. The cut-off phrase seems to be saying that Stalin or the Soviet Union is Germany's or the German People's best friend.

And even with palms-up it still looks like a Nazi salute.

By the way, to the ears of an English-speaker 'Nazi' consists of two words, "Not" and "See" which conveys an image of willful blindness. I can't believe I've never encountered this macaronic pun anywhere before and that the first time I'm seeing it in type is here as I key it.

No, I haven't, but thanks very much for the tips. I really like that guy and certainly aspire to read him.

I have now read the introduction to that book, and understand why you must have come to think of it. The text precisely outlined my own intuitions, and I knew I must've picked up a trail. I think I might share some character traits with Mr Naydler in the way of being highly sensitive to nature, which is probably why he is able to pick up the same signals. I am glad there exists people like him that are able to do extensive research into the topic. Look forward reading the book!

"I love the Matrix" Haha!
I just did a painting of a vision I had the night before last...its on my blog

The new evil is visible, it just takes a different form of figuration

@Brief. Well, I would say modern evil is felt rather than seen, and in a materialistic society feelings are deniable.